Our list of the top 10 celebrity couples celebrates not only their work and artistry, but their industriousness in getting to the level of wealth they command.

Barbara Streisand is the voice of our century. Her career has spanned over 50 years from the 60s. She is both a singer and an actress. She is one of the few entertainers who has an EGOT, ie, an Emmy, Grammar, Oscar, and Tony Awards.

Their combined wealth is estimated at $450 million.

Married to Tom Hanks, who also needs no introduction, this pair of acting supremos command a combined personal fortune of $500 million.

George Clooney, on the other hand, is often compared to Cary Grant. He is an American actor, film director, producer, and screenwriter. He is the recipient of three Golden Globe Awards and two Academy Awards, one for acting in Syriana (2006) and the other for co-producing Argo (2012). In 2018, he was the recipient of the AFI Lifetime Achievement Award.

Together, this Barrister and Hollywood superstar couple makes it to the top of our list with over $520 million in estimated net worth.

Thomas Edward Patrick Brady Jr. (born August 3, 1977) is an American football quarterback for the Tampa Bay Buccaneers of the National Football League (NFL). He spent the first 20 seasons of his career with the New England Patriots, playing in nine Super Bowls and winning six of them. Prior to joining the Buccaneers, he was with New England Patriots.

Tom is married to Gisele Caroline Bündchen since 2009. Gisele is a Brazilian model, activist, and businesswoman. Since 2001, Bündchen has been one of the highest-paid models in the world. In 2007, she was the 16th richest woman in the entertainment industry and earned the top spot on Forbes top-earning models list in 2012.

Alexander Enmanual “A-Rod” Rodriguez, born July 27, 1975, is an American former professional baseball player.  He played 22 seasons in Major League Baseball and is also a businessman and philanthropist. He earned a total of $441.3 million over his MLB career, the most in the history of baseball.

Jennifer Lopez really needs no introduction, although it is interesting to note that she was an actress first before she became a singer.  Popularly known as J. Lo, her dance music has had everyone on their feet.  Her latest role as a stripper in the crime drama Hustlers (2019) was critically acclaimed.

This couple’s combined wealth is estimated at $750 million.

One’s an ex-soccer star, the other an ex-Spice girl. This celebrity couple has been together forever, and each has since their primary careers made a lot of money through their appearances in reality TV, entrepreneurship and endorsements.

Victoria’s high fashion label, Victoria Beckham is reported to make annual sales of over $60 million and is a fixture at New York’s Fashion Week. The Beckham couple has a combined net worth of $900 million, which makes them one of the richest celebrity couples.

Beyoncé, or Beyoncé Giselle Knowles, born September 4, 1981 is a wildly successful American singer-songwriter and actress who achieved fame in the late 1990s as the lead singer of the R&B group Destiny’s Child. She went on to launch a hugely successful solo career. She’s known to be one of the most successful cross over from R&B to mainstream in recent years.

Shawn Corey Carter born December 4, 1969, known professionally as Jay-Z is an American rapper, songwriter, record producer, and businessman. He is widely regarded as one of the most influential hip-hop artists in history, and often cited as one of the greatest rappers of all time.

Together, they are estimated to command a combined net worth of over $1 billion. Beyonce is estimated to have a fortune of some $400 million and the rest is made up of Jay-Z’s.

In April of 2020, Kanye West was officially declared a billionaire by Forbes.  This American rapper, record producer, and fashion designer was born on June 8, 1977.  Other than his hugely successful singing career with 21 Grammy Awards under his belt, West’s footwear which is challenging Nike’s Air Jordan for world sneaker supremacy has a global following.

And together with his TV personality wife, Kim Kardashian, whose personal net worth is estimated to be $900 million, this power couple’s combined wealth is nothing short of being in the stratosphere of riches.

However, behind this amount of fabulous riches are two individuals with enormous talent and steely motivation. West’s athletic wear brand, Yeezy, is reportedly valued at $3 billion. For Kim, she has a major stake in KKW Beauty line which she recently sold 20% to Coty cosmetics for $200 million. Together, their net worth is estimated to be well over $3 billion.

Spielberg is of course the film director and producer extraordinaire, having directed and produced some of the world highest grossing films from Jaws and the Indiana Jones franchise to Jurassic Park and the Transformers franchise.

Kate Capshaw is an American actress who is best remembered for her role as the American nightclub singer, Willie Scott in the Temple of Doom installment of the Indiana Jones series. She has also starred in Dreamscape (1984), Power (1986), Black Rain (1989), Love Affair (1994), Just Cause (1995) and The Love Letter (1999). She has since retired.  Together with her husband Steven Spielberg whom she met while on set for Temple of Doom, they are worth a staggering $3.1 billion.

Francois-Henri Pinault is CEO of Kering, the holding company for luxury brands such as Gucci, Yves St Laurent, Balenciaga and Alexander McQueen, to name but a few.  The group achieved sales of some $16 billion as of October 2020 and Pinault himself is estimated to be worth $44.1 billion.

Married to Francois-Henri Pinault since 2009, this Mexican born actress has been in numerous Hollywood blockbusters since migrating to the U.S.  Her breakout role as Frida Kahlo earned her a nomination for an Academy Award in 2002. Her personal wealth has been estimated at over $100 million. Together, Francois-Henri Pinault and Salma Hayek are as rich as they are famous, he in the world of luxury and she, a Hollywood A-lister. 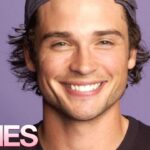 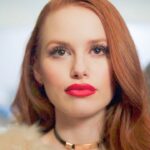