How much is Jennifer Lopez worth?

She swears she’s still just “Jenny from the block” … except she’s conquered the worlds of television and film, she’s a multi-platinum recording artist and her very high-profile relationships have been splashed all over the press. Jennifer Lopez’s roots are in a rough New York City neighborhood, but her current lifestyle and enormous ego (with an equally proportioned derriere to match) are way up in the clouds.

Jennifer Lopez, internationally known as J.LO., is an American actress, singer, dancer, fashion designer, producer, businesswoman, and mother of twins. She one of the most beautiful Latina and successful actresses in the history of Hollywood! J.LO. is also an extremely talented singer in the genres of R&B, pop, Latin, Hip-Hop, and dance. People of all cultures admire this amazing woman.

As of 2021, superstar Jennifer Lopez has a net worth of over $400 million dollars and counting.

Moving To The Beat

Born in Castle Hill in the Bronx to Puerto Rican immigrant parents, Jennifer Lynn Lopez’s dream was to be a dancer. She dropped out of college after a semester and scraped by with dancing gigs in night clubs and a day job at a legal office. In 1990, she made her first dent in showbiz when she entered a contest and won a spot as a “Fly Girl” on the variety comedy show In Living Color.

Lopez spent the next few years dabbling as a backup dancer and actress, landing roles in television and small films, until her first major role in Money Train alongside Woody Harrelson and Wesley Snipes in 1995. Her most touted role came two years later in the 1997 biopic Selena. In the title role, a tragic Mexican singer who was murdered at the height of her career by an obsessed fan, Lopez gave the world a taste of her serious acting chops. Her performance got the attention of the Hollywood Foreign Press, which nominated her for a Best Actress in a Musical Golden Globe.

In the next two years, her acting career took off and she landed several leading roles. In 1998, she decided to go back to her singing and dancing roots and record an album. Unlike other actors who have crashed and burned trying to transition into music, her debut, On the 6 (a tribute to the subway line see used to ride into Manhattan to auditions), broke into the Billboard top 10, buoyed by the number one hit ‘If You had My Love.’ Two other singles — ‘Waiting for Tonight’ and ‘Let’s Get Loud’ — were nominated for Best Dance Recording Grammys — one in 2000 and the other in 2001.

She continued to balance acting and music and made history in 2001 when she became the first person to have a number one album (J.Lo) and number one film (The Wedding Planner) in the same week. She fell just short of replicating that success a year later when her film Maid in Manhattan hit number one at the box office but her album This is Me…Then topped out at number two.

Her career took a major hit in 2003 with the critical and commercial flop Gigli, which she starred in with her then-fiancé Ben Affleck. Rumors swirled that the film’s epic failure played a part in their split. Lopez’s career never seemed to recover. She released another album, Rebirth, in 2005, which debuted at number two, but quickly fell off the charts. She also continued to star in relatively unsuccessful films before backing out of the limelight to marry Marc Anthony and start a family. In November 2007, she announced she was pregnant, and on February 22, 2008, she gave birth to twins — Emme and Maximilian.

Throughout her hyped career, Jennifer has been the subject of feverish media scrutiny because of her love life. She was married in 1997 to Ojani Noa, a waiter, before she achieved the peak of her success. The marriage fell apart after a little over a year. They divorced in March 1998. Following her first marriage, she had a relationship with hip-hop mogul Sean “Diddy” Combs. The media followed the very high-profile, flashy couple’s every move, until they split in early 2001. She soon started dating backup dancer Cris Judd and tied the knot again in September 2001, but they divorced just eight months later.

J.LO has an overachiever personality type which helps her meet success. She always strives to improve and one-up herself and seems to always know what business moves to make next to catapult herself up to the next level. When she was young, as mentioned she took dance classes, and as someone who also took this route as a young girl, I know this takes an incredible amount of dedication, time, and commitment.

It could be during these defining years of her life that she learned a lot of discipline and responsibility along with developing a vision for her future self. These are excellent personality traits to acquire as a youth because you can do pretty much anything once you set your mind to it.

It’s apparent she is willing to work hard for what she wants and took chances in order to pursue her passion. Following your deepest passion is an amazing and admirable quality because these types of successes are what make life truly magical. I believe along with following her dreams and using all of her many talents, she has always been mindful of the fact that she has been a role model for many of all ages. Of course, there is always the question… Is she just lucky?

I personally believe that we make our own luck, your energy attracts exactly what you are dreaming about and your talent, earned skill and hard work back it up and make it real. In J.LO’s case, she is a really special individual sending positive vibes throughout her work and personal life with the character to do what it takes to transform it into reality.

How did Jennifer Lopez get so rich?

It is estimated that J.LO.’s net worth is approximately $400 million. She has released 8 studio albums along with countless leading roles in very successful box office movies. Jennifer has sold more than 80 million records worldwide helping her to earn approximately $95 million just from her music alone!

Lancaster (Coty, Inc) J.LO by Jennifer Lopez is an American lifestyle brand ran by Jennifer. Her debut fragrance Glow (2001) expanded her line to include accessories, watches, clothing, bedding, and perfume catapulting her into even more success within America and the international markets.

She has played a couple of roles on reality talent TV shows as a judge, such as American Idol and World of Dance. She has built an enormous empire for herself and her children. She still continues to act to this day approaching 50 years old and is blowing everybody away by the fact that she looks not a day over 33 after giving birth to twins.

On August 13, 2016, J.LO. reached another record hitting $1 million in ticket sales at the Planet Hollywood Resort & Casino. Jennifer dazzled fans with sequin pieces and elaborate sets with her “All I Have” residency. She launched her make-up line Inglot Cosmetics in 2018 and in its first three months it was projected to generate $15 million in retail sales. The following year in 2019, she started her own skin-care line. J.LO has truly accomplished an astronomical amount of success. She has the Midas touch and is showing no signs of slowing down anytime soon. This is a perfect display of beauty, brains, talent, and an amazing spirit.

Jennifer took dance classes throughout her childhood. When she was 16 years old, she debuted in her first movie My Little Girl (1986). Five years later she became a dancer using her talents on In Living Color. J.LO. decided in 1993 to pursue an acting career and landed her first leading role in the movie Selena (1999) playing a young talented Latino girl who was tragically murdered by someone that worked for her over stolen money. This movie was truly her breakthrough to fame because she was able to expose a lot of her talents to the world. Not only did she show that she was an excellent actress but she also showed everybody her dancing and singing abilities as well.

She was then nominated for a Golden Globe Award for this movie which she earned $1 million dollars for just one movie. She continued to play leading roles in a couple of more successful films before deciding to branch off into the music industry. It was in 1999 that she released her debut album On The 6 which was an epic hit. J.LO. became the first woman ever to have a number one album and film in the same week in 2001.

This woman has always showcased her many powerhouse talents all the while remaining humble and extremely kind. Along with her success rising in the late 1990s, it was apparent that along with her many talents, men and women alike admired her for her physique and beauty. She became loved by everybody due to the fact that she always has remained very down to earth and authentic.

Her most overexposed romance came immediately after her split from Judd (which some speculated started before she broke things off) when she started stepping out with Ben Affleck. The couple’s romance was major tabloid fodder, with numerous red carpet appearances, photo ops and candid interviews that merged for the monstrosity that was Gigli in 2003. Much to the public’s relief, they ended it soon after. Almost immediately, she was seen with longtime friend and ex-boyfriend Marc Anthony. This time, they kept their relationship under wraps and tied the knot in a secret ceremony on June 5, 2004.

Jennifer is a wife, mom, businesswoman, designer (thanks to her clothing label JLO and her successful perfume line), restaurateur, owner of Nuyorican Productions and humanitarian. But her career has been on a downswing. Her 2010 film, The Back-Up Plan, flopped and her album Love? had to be pushed back numerous times after she ended her professional relationship with Epic Records. But Jennifer is winning back her fans as the friendliest of judges on American Idol up until season 15 in 2016.

J.LO is one of the most influential women of my generation and definitely someone to admire. She has achieved so much by the age of 50 and she is showing absolutely no signs of stopping now. I’m excited to see what business she will launch next, song, maybe perhaps another film? Jennifer is admired by the entire world for how well she has taken care of herself and how amazing she looks still. She is a kind spirit and displays the qualities of an excellent mother. Playing the Super Bowl this year with Shakira was just another reason to admire this amazing woman as her main reason for teaming up with another famous Latino musician, was to encourage women empowerment. Her work is epic and universal. 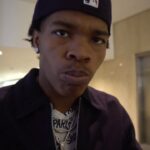 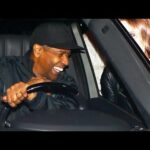