How much is Alex Rodriguez worth?

Born in Manhattan, New York, Alex Emmanuel Rodriguez is a former professional American baseball player famous for his association with the New York Yankees as their prized third baseman. Rodriguez increased his fame in 2017 when he partnered with super-star Jennifer Lopez. Rodriguez is most famous for his amazing professional baseball career including incredible feats like being an All-star 14 times along with having a batting average of .295 and 696 home runs etc. He is considered one of the greatest baseball players of all time. With over 2000 RBI and 300 stolen bases, he is the only MLB star who has done this in all of baseball history.

American former professional baseball shortstop and third baseman turned businessman and philanthropist Alex Rodriguez has an estimated net worth of $300 million dollars, as of 2022. Rodriguez played for Major League Baseball for the Seattle Mariners, Texas Rangers, and New York Yankees, for a combined 22 seasons.

Although he was considered a top prospect for the country already, his true rise to fame started when he was picked up by the Seattle Mariners in the 1993 MLB draft at the age of 17 for around an estimated $1.3 million with a signing bonus of an estimated $1 million as well. Alex played with the Mariners for around 6 years after making his debut in 1994. He was the main shortstop and also received the MLB batting championship in the 1996 season for Seattle Mariners. His successful run continued up till 2000 when he decided to part ways with the team.

What came next is considered to be the highest-paid deal in baseball history where the Texas Rangers picked up the former Mariner’s start with a deal estimated to be worth $252 million for 10 years. His inclusion in the ranger’s squad didn’t prove to be very successful for them despite getting American League’s MVP award and therefore, was traded to the New York Yankees in 2003, where he established himself as a third baseman and became as famous as he is now.

After the expiration of the contract in 2007, he signed one of the most lucrative and richest deals of around an estimated $275 million to renew his contract with the Yankees. “I had the greatest year of my career in 2007. It’s a year that I’m very proud of,” he has said.

Come 2016, due to various injuries, Alex retired that year from the professional sport. He became an active personality in the media industry taking part in shows like Shark Tank and making appearances on Analysis talk shows etc. He also featured in CNBC’s Back in the game show as the host delving into personal and professional lives of players helping them and giving them advice. Overall, throughout his career in sports and media, he has been active, successful, and rose to the level of fame that he has right now.

Alex is known as A-Rod in the baseball industry by his fans and his followers. He is considered one of the greatest to have ever graced the baseball field. He comes from Dominican descent and is brother to two siblings. He had a natural talent for baseball from his early life, an inner genius with the bat. In his high school years in Miami, Florida, he became the cherished shortstop of the Westminster School’s baseball team scoring over .419 batting average and getting his team to the high school championship victory in his junior year.

He had huge interest as soon as he appeared on the scene. Becoming known as the USA baseball junior player of the year and being given the title of national baseball student-athlete by Gatorade. Even in his early days, he was already a prized player in the baseball scene in his teens. He was offered baseball scholarships by many institutes but instead opted to sign with the MLB team Seattle mariners which started the rise of his illustrious professional career.

According to our calculations, Alex Rodriguez has a fortune of an estimated $300 million which is incredible and makes him one of the world’s highest-paid athletes, not only in baseball, but in all sports. His rise to riches has bee through his amazing speed, defense, and hitting abilities. His dedication and skill led him to the height of fame that he needed in order to be considered one of the best in the baseball industry.

His incredible level of skill made him a highly demanded prospect and he was approached by different teams and different brands for endorsement, which dramatically increased his net worth. Along with this, his high paying deals with media channels and talk shows helped him reach the peaks of riches of almost any athlete. He is also an investor and has earned more through the wise investment of his career earnings.

With career highlights featuring the best awards and championships, Alex Rodriguez is one of the best players in baseball history. Not only is he a 14-time All-Star player, but also 3 time AL Most Valuable Player (MVP). Along with this amazing feat, he was also awarded the world series championship in 2009. He also won 2 gold glove awards and 4 AL Hank Aaron awards in his brilliant career. Alex was also a 5 time home run leader and 2 time RBI leader in his time on the baseball field.

All his success came from his hard-working mindset. He played every match from the start of his career to its finish with skill and a strong mindset. He knew that he had to put in all the effort he could to achieve what he has right now. And that dedication, that craft, that excellence can be seen shining in the reflection of his marvelous career now. With play of over 22 seasons, Alex Rodriguez has achieved the fame, success, and riches that no baseball star has ever reached and most likely won’t reach in their lifetime.

Alex Rodriguez’s story of riches, fame, and success teaches us a lesson in hard work and passion. We saw that Alex put his mind to baseball and remained stuck to it, put in effort, and reached the level that he achieved. Carved forever in the history of the sport, A-Rod’s name will live eternal.

He made some mistakes but everyone learns from their mistakes in life. His story shows us that if we dedicate ourselves to our goals, if we make sure we target what we want, if we’re willing to put in the hard work and effort required to get there, then we can get it no matter how hard it might be. 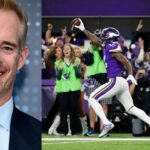 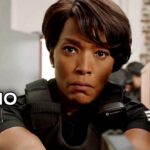