How much is Joe Buck worth?

Joe Buck, whose full name is Joseph Francis Buck, is an American sportscaster. He’s the son of Jack Buck who is a hall of fame sportscaster that rose to prominence for his announcement of multiple MLB (Major League Baseball) games. Joe himself has also achieved a lot of success as a sportscaster. He has worked as a play-by-play announced for both MLB and NFL (National Football League), thanks to which he has won numerous Sports Emmy Awards.

American sportscaster Joe Buck has a net worth of $16 million dollars, as of 2021. The son of famous sportscaster Jack Buck, Joe Buck followed in his fathers footsteps and worked with Fox Sports and as lead play-by-play announcer for the network’s National Football League and Major League Baseball coverage.

How did Joe Buck earn his net worth?

What made the sportscaster so rich were his many jobs on radio and television. In 1991, he began reporting for KMOV and broadcasted on the KMOX radio and television programs During the 1992-93 season, he was a play-by-play commentator for the basketball broadcasts of the University of Missouri. From all of his work in the early 1990s, he was able to receive no more than $150.000 in total. In 1994, he impressed Fox with his resume and was signed to a multi-year contract.

At the age of 25, he was already earning well over $400.000 per year and, he also became the youngest man to ever announce a regular show of the National Football League games. Throughout the late years of the decade, Joe became a regular play-by-play voice for the MLB (Major League Baseball). He teamed up with Tim McCarver, who previously worked with his father on CBS. Besides earning almost $1 million for his work as a sportscaster, Buck also made some history along the way. In 1997, he surpassed Sean McDonough and became the youngest man to do a national broadcast for World Series.

Joe became famous when he signed a multi-year contract with Fox and began appearing on MLB and NFL. He was born on April 25, 1969, in St. Petersburg, Florida. He was raised in St. Louis and attended the local St. Louis Country Day School. Joseph is a second-generation sportscaster, with his father being Jack Buck. Jack is a hall of famer that is considered one of the best play-by-play commentators in the century. Throughout his five decades-long career, he worked for many companies, networks, and teams both on the radio and television.

Joseph’s broadcasting career began in 1989 while he was still attending the Indiana University Bloomington. He eventually left the university to pursue his career as a sportscaster. Just a couple of months later, thanks to the influence of his father, he was able to land a job at the Louisville Redbirds as a play-by-play commentator. At the same time, he also joined ESPN’s annual “Triple-A All-Star Game”, where he worked as a reporter.

The main reason why Joe Buck is so successful is because of his nearly three-decades-long career. Simultaneously with spending several years working for the Major League, Joe joined NFL on Fox. He has been working on the network as a football color commentator and sideline reporter. Among some of the most notable events that he has called are Supper Bowl XLII, Super Bowl LI, Miracle at the New Meadowlands, and Minneapolis Miracle.

In early 2009, he signed with HBO and began hosting his own talk show named “Joe Buck Live”. Despite the attention that it received, the show didn’t last long and ended abruptly after three episodes. His next talk show was created a few years later, in 2015. “Undeniable with Joe Buck” became one of Audience Network’s most watch sports series that lasted until 2018. Throughout the past few years, while continuing to work as a sportscaster, Buck began appearing a lot more on television. Among some of his most notable television appearances were on “The Tonight Show”, “Pitch”, “Family Guy”, and “American Dad”.

Joe Buck is one of the most popular sportscasters in America. In 1989, he dropped out of the Indiana University Bloomington to pursue his broadcasting career. Just a few years later, he signed a multi-year contract with Fox and began commentating both baseball and football games.

Since then, he has called and reported many games, especially at the Super Bowl. Also, thanks to his outstanding work, he has won the Sports Emmy Awards seven times and the National Sportscaster of the Year award three times. 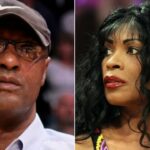 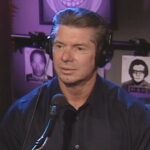