How much is Angela Bassett worth?

Who Is Angela Bassett

Angela Evelyn Bassett is an American actress, producer and director who has a net worth of $20 million dollars, as of 2021. She was born in New York city on August 16, 1958.

How did Angela Bassett earn her net worth?

In the 90’s Bassett began to become rightfully recognized for her talents, and she more notably shot to fame portraying Tina Turner in the major film What’s Love Got to Do with It. The movie received critical acclaim and resulted in Bassett being nominated for an Academy Award for Best Actress. Though she did not win, Bassett did bag herself a Golden Globe award for Best Actress. The film grossed over $39 million in the US and £10 million in the UK respectively.

In 2009, Bassett starred in the movie Notorious, in which she played the mother of The Notorious B.I.G. The movie grossed an incredible $44.4 million at the box office. More recently Angela starred in Black Panther (2018) as Ramonda; Queen Mother of Wakanda, and resumed the role for the movie The Avengers: Endgame (2019) Endgame grossed a whopping $2.798 billion at the box office and Black Panther an ever so slightly more modest but still gigantic $1.344 billion. Bassett has starred in over 50 films during her time on our screens.

Before becoming the big name we all admire, Angela Bassett was cast in many small plays and tv roles, her first tv appearance being the role of a prostitute in the tv show Doubletake in 1985. Her first on film role was in the movie F/X (1986)in which she was briefly shown as a news reporter. Though small roles that can’t have brought in much in the way of riches, Bassett’s talent was fortunately not missed and she went on to have her first proper movie role alongside Arnold Schwarzenegger in Kindergarten Cop (1990).

The world of celebrity was now starting to open up for Angela, and she was cast as Katherine Jackson in the music biography miniseries The Jacksons: The American Dream (1992) based on the history of the Jackson family. The role however did not come without controversy, as Bassett’s agents tried to convince her not to accept the part due to the ongoing negativity surrounding Michael Jackson at the time. Knowing her own mind and trusting her own instincts, Bassett accepted the role and was rewarded when the series received positive reviews all round. Bassett was honored to play the part being a massive fan of The Jacksons music and was convinced that she had peaked at this point, and that things would probably all go downhill from there. How wrong she was!

Angela Bassett is a powerful woman. She commands the screen, her presence captivating, her natural charisma alluring. She is certainly an incredibly gifted actress. To still be starring in such prolific roles to this day, more recently the horror anthology American Horror Story in which she has even herself directed two episodes, how does she do it?

Bassett’s mum was quite the woman herself, she raised Angela and her sister all on her own, a single mother juggling family life and her work life as a social worker. Angela has clearly taken on her mother’s passion, drive and self-belief, and it is these types of qualities that have allowed her to push boundaries and to get what she wants. Bassett is an active Ambassador of UNICEF for the USA, supports acting talent in her home town of Florida and is known for her charity work. She may be making big money but she is giving back and that matters, the public recognize these actions and with the public on your side as a celebrity you are sure to continue to go far.

Angela Bassett is an amazing actress, to even be considered for such spectacular, life changing roles she also of course has undeniable talent and beauty. But not only is she an incredibly beautiful woman, she has a beautiful soul. Her charity work just shows how selfless she is and with such drive and ambition she has inspired generations of actors and actresses throughout her 35 years on our screens. I think it is safe to say she will be continuing to do so, whether on camera or behind it, for many more years to come 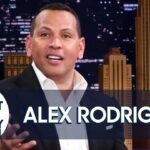 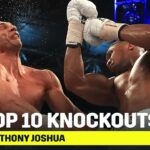