Nick Diaz, whose full name is Nickolas Robert Diaz, is an American MMA artist. His career started in 2001 and since then, he has competed in multiple promotions such as UFC, Strikeforce, WEC (World Extreme Cagefighting), PRIDE, DREAM, Elite XC, and Shooto. His overall record is 26-9 and he has won multiple championships in mixed martial arts and submission grappling including one time and the inaugural Strikeforce Welterweight Champion and one-time WEC Welterweight Champion.

American mixed martial artist Nick Diaz has a net worth of $4 million dollars, as of 2021.

How did Nick Diaz earn his net worth?

Winning championships and high-stakes bouts really helped the mixed martial artist become rich. In July 2002, at IFC Warriors Challenge 17, in what was his second fight, he defeated Chris Lytle and won his first championship – the IFC Welterweight Championship. The following year, he won a title vs. title match against Joe Hurtley from whom he took the WEC Welterweight Championship. By that time, besides being a double champion with several wins in his resume, Diaz also earned more than $5.000.

Just two years after his debut, in July 2003, Diaz made his UFC debut at the “UFC 44” event, where he defeated Jeremy Jackson via submission (armbar). During his time in UFC, he had memorable fights with Joe Riggs and Diego Sanchez, to whom he lost in two different bouts. After his outstanding performance at UFC 62 and dominant win over Josh Neer, Diaz won the award “submission of the night”, which earned him $30.000. After winning and losing to various, in October 2011, the mixed martial artist won his second UFC achievement – “fight of the night”. Thanks to his match with B.J. Penn, whom he defeated, he received $75.000.

Nick Diaz gained national popularity when he began competing in the major leagues, especially UFC. He was born on August 2, 1983. Born and raised in Stockton, California, he was raised primarily by his mother Melissa. Nick has a younger sister Nina and younger brother Nathan, who is also a mixed martial artist. He developed an interest for sports in during his teen years and found himself training both aikido and karate.

During his teens, Diaz began wrestling in various tournaments. He attended the Tokay High School for just one year and then dropped out of it. At the age of 16, he began training sambo with the national champion from Bulgaria – Valeri Ignatov. Around that time, inspired mainly by the likes of Ignatov and Renzo Gracie, he decided to become a mixed martial artist. By 2001, Nick already transitioned into a professional fighter, and just after his 18th birthday, he won his very first match against Mike Wick via submission (triangle choke) at the IFC Warriors Challenge 15.

Ever since his debut, thanks to his technique, Nick Diaz developed the nickname “Diablo”. He found success in the combat sport very quickly and spent a lot of time in promotions such as PRIDE FC, Elite XC, Strikeforce, DREAM. His second return to UFC was in the aforementioned UFC 131 event, where he defeated B.J. Penn.

Shortly after his last fight against Anderson Silva in January 2015, Diaz was suspended by the Nevada State Athletic Commission for five years. In addition to that, he was also fined $160.000 for a failed drug test at UFC 183. After his appeal, his suspension was lifted in August 2016, however, the MMA fighter hasn’t been seen in the ring ever since.

Apart from MMA, Diaz also had a match as a boxer. His first and only boxing match was in April 2005 against Alfonso Rocha, whom he defeated via knockout in the fourth round. Around that time, he also took part in multiple jiu-jitsu events, even winning a medal at the US Brazillian Open and two brown belts at the Pan American Championship.

Nick Diaz is one of the quickest rising stars in the UFC. The mixed martial artist spent several years in various promotions, where he improved his skills and learned new submissions. He was able to win several championships before he eventually returned to UFC, where he now remains one of the premier faces in the company. Despite the controversy surrounding him, Diablo is still one of the most highly-supported fighters and he has some of the most breath-taking submissions and knockouts in recent memory. 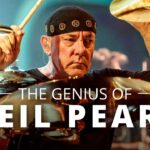 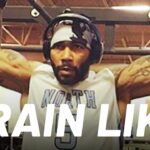