How much is Ronda Rousey worth?

Who Is Ronda Rousey

Ronda Rousey is a popular American professional wrestler and former mixed martial artist. Outside of boxing, the talented Rousey is also an actress, author, and judoka. She began her career in 2010 and quickly became one of the most prominent names in the sports entertainment business. Throughout her career, the MMA fighter has scored 12 wins and won multiple championships including the UFC Women’s Bantamweight Championship, becoming the inaugural champion.

After dominating the UFC and becoming the first female inductee into the UFC Hall of Fame after her retirement, Rousey was able to quickly transition into wrestling. In 2018, she signed a deal with the global wrestling phenomenon WWE where she continued to make history. Besides holding the Raw Women’s Championship for the record-setting 231 days, Rousey played an important part in the women’s evolution in the wrestling business. Among some of her other achievements as a wrestler include main eventing the first-ever all-women’s pay-per-view Evolution, as well as taking part in the first women’s Wrestlemania main event at Wrestlemania 35.

American professional wrestler, Ronda Rousey, has a net worth of about $15 million dollars as of 2021.

How Did Ronda Rousey Get So Rich?

The always impressive Rousey became rich shortly after her stunning performance at the 2008 Olympic Games in Beijing, China. Despite losing to Edith Bosch, she was able to qualify for a bronze medal. She went on to defeat Annett Boehm via Yuko and won her first bronze medal, also becoming the first American judoka to win an Olympic medal since the judo competition was first introduced as an Olympic sport in 1992.

Rousey retired from judo at the age of 21 and focused her attention to mixed martial arts. Long before she became the MMA legend that she is, she began training with several important names in the business such as Gokor Chivichyan, Manny Gamburyan, and Karo Parisyan. She made her mixed martial arts debut in August 2010. In her first match, she defeated Hayden Munoz by submission in just 23 seconds. Throughout late 2010 and early 2011, Rousey continued to improve her skills by practicing. At that time, she entered the Tuff-N-Uff tournament, which she would go on to win after submitting Taylor Stratford.

In March 2011, Ronda made her professional MMA debut, defeating Ediane Gomes at the King of the Cage event. Ever since her introduction in the mixed martial arts, the talented Rousey began using her patented armbar, which would go on to become her signature move. In the summer of 2011, Rousey joined Strikeforce. Towards the end of the year, she finally signed a deal with UFC and became a fighter.

One of the main reasons why Rousey is so rich is her contract with the UFC. In November 2012, after signing with the company, she became the first female fighter to do so. A month later, on December 6, UFC President Dana White revealed that Rousey is the inaugural UFC Women’s Bantamweight Champion. The fighter held the title for the record-setting 1,074 days (almost 3 full years) before losing it to Holly Holm.

Rousey became famous thanks to her extraordinary fighting skills. She was born on February 1, 1987, in Riverside, California. She grew interest in judo when she was 11 years old mainly because her mother, who was a decorated judoka. She trained with her mother for approximately two years until she accidentally broke her wrist. At the age of 17, Ronda became the youngest judoka to qualify for the 2004 Olympic Games in Athens, Greece. In what was her first match then, she lost to Claudia Heill. Despite the loss, she won her first gold medal at the World Junior Judo Championships.

Throughout the mid-2000s, Ronda continued to improve and make a name for herself in the judo world. She made history at the Birmingham World Cup when she won an A-Level tournament with 5 wins and 0 losses. At the 2007 World Judo Championships, as part of the middleweight division, Rousey won a silver medal. Around that time, she also won a gold medal at the 2007 edition of the Pan American Games.

Perhaps the main reason why Ronda Rousey is so successful is her quick transition from mixed martial arts to professional wrestling. While she was still the UFC Women’s Champion, Rousey made her first appearance for WWE in 2014 at the SummerSlam event. A few months later, in March 2015, she made another cameo appearance at the company’s flagship event WrestleMania (31).

In 2018 during an interview with Ellen DeGeneres, Rousey confirmed her retirement from MMA. Around the same time, she signed a multi-million deal with WWE and began training to be a wrestler. She made her television debut on January 28, 2018, at the Royal Rumble event. After her debut, Ronda made her in-ring debut at WrestleMania 34, teaming with Kurt Angle against Stephanie McMahon and Triple H (whom she first confronted at WrestleMania 31) in a winning effort.

A month later, in what was Rousey’s first singles match as a professional wrestler, she faced Nia Jax for the Raw Women’s Championship at the Money in the Bank event. The match was interrupted by Alexa Bliss, with whom Rousey would start a feud in the summer of 2018. The feud between the two culminated at the SummerSlam pay-per-view, where Rousey won her first championship.

Throughout her reign, Rousey was able to defend her Raw Women’s Championship against many female wrestlers such as Bayley, Sasha Banks, Mickie James, Natalya, Nikki Bella, and Nia Jax. Her title match against Bella served as the main event of the first all women’s pay-per-view Evolution.

In early 2019, Rousey began a feud with Becky Lynch and Charlotte Flair which eventually led to a historic triple threat match between the three. The match was a Winner Takes All for both Rousey’s Raw and Flair’s SmackDown Women’s Championships and it became the first women’s match to the main event a WrestleMania. The controversial match ended with Lynch pinning Rousey, not only winning her championship but giving her first loss. Rousey has since focused on her family and took some time away from wrestling.

Ronda Rousey has been one of the most distinguished figures in sports entertainment. Whether it’s judo, mixed martial arts, or wrestling, Rousey has done everything and continues to make history. Besides any of these sports, she is also a successful actress who has starred in “The Expendables”, “Fast and Furious”, and most recently “Charlie’s Angels”. 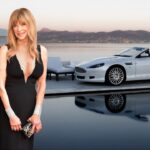 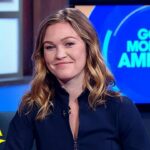