Neil Ellwood Peart was a Canadian author, musician, and songwriter. He began his music career in the late 1960 while he was still in high school and rose to prominence for his participation in the rock band Rush. Peart was the primary lyricist and drummer of the rock band, which eventually earned him numerous awards and achievements. Perhaps his biggest accolade is being inducted into the Hall of Fame by the Modern Drummer Readers Poll in 1983, which also made him the youngest person to ever be honored.

Canadian musician, songwriter, and author Neil Peart has a net worth of $45 million dollars, as of 2021.

How did Neil Peart earn his net worth?

The triumph and wealth of the rock band Rush helped the drummer and primary lyricist become rich. In the early years of the 1970s, after failing to find success in the music business while in London, England, Neil Peart returned to Canada. He was recruited to play drums for a local band in St. Catharines named Hush. Shortly after that, he auditioned for the Toronto-based band Rush, which was looking for a replacement of John Rutsey – the original drummer. In July 1974, Peart officially joined the band and went on to tour with them in the United States.

In 1975, Rush released the album “Fly by Night”, which was a commercial success. By that time, the drummer was winning more than $100.000 for his association with the group. Throughout the next few decades, Rush continued to release commercially and critically successful albums such as “Caress of Steel”, “Hemispheres”, “Moving Pictures”, “Hold Your Fire”, and “Presto”, from which he and his bandmates earned well over $1 million.

Neil Peart attained national popularity when he joined the rock band Rush. He was born on September 12, 1952, in Hamilton, Ontario. He’s the first of four children to Glen and Betty Peart. His family lived on a farm, based in Hagersville, nearby Hamilton. Throughout his pre-adolescent years, Peart’s family moved to Saint Catharines and Port Dalhousie. He attended the Gracefield and then Lakeport Secondary Schools.

In his pre-teen years, Neil began playing the piano and attended several piano lessons. For his fourteenth birthday, his parents bought him a drum kit, which he used to further improve his skills. His career began a few years later, in the late 1960s. At the age of eighteen, since he was still struggling to find success as a drummer in his home country, Peart traveled to London, England so that he could hopefully achieve more success. There, replayed in several bands and picked up occasional season work.

What makes the author and musician so successful are his many professions. Besides being Rush’s primary lyrics, he also published several memoirs about his travels. His lyrics for the rock group has addressed diverse subjects and universal themes like fantasy, fiction, and philosophy. He has also written in humanitarian, libertarian, and secular themes. Among some of his many books are “Far and Near”, “Ghost Rider”, “The Masked Rider”, “Roadshow Landscape”, “Clockwork Lives”, and “Far and Wide”.

Neil Peart has been one of the most popular rock musicians since the 1970s when he joined Rush. His drumming technique and skills are well-regarded by media journalists, fellow musicians, and fans. Some of his many influences were electric, ranging from John Bonham, Michael Giles, and Pete Thomas to jazz and fashion drummers Buddy Rich, Billy Cobham, and Bill Bruford. Apart from spending nearly six decades with the rock group, he also had numerous side projects such as Jeff Berlin’s album “Champion” (1985), as well as Vertical Horizon’s albums “Burning the Days” and “Echoes from the Underground”.

Neil Peart is now known as being one of the members of the rock group Rush. He spent nearly six decades with the group until his very death (in January 2020). Prior to his passing, he was still working as a drummer and lyricist for Rush and his net worth exceeded $45 million.

Since the 1980s, he has won multiple awards and achievements in various categories such as “Best Rock Drummer”, “Best All-Around”, and “Best Recorded Performance”. For his contribution to not just the rock music but the music industry in general, he was inducted in several hall of fames and even received an Order of Canada medal in 1996. 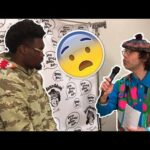 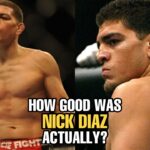