How much is Joe Budden worth?

Who Is Joe Budden

The American music industry generates millions of dollars in revenue each year. Country, Pop, and Hip-Hop music lead the top 40 charts each year with hits released by famous artists such as Florida Georgia Line, Taylor Swift, Justin Bieber, Beyonce, and Drake. Although Hip Hop officially came to life back in 1973, countless stars have accounted their success to the culture and art of Hip Hop. Joe Budden, a former rapper best known for his 2003 hit song “Pump it Up” is also an American broadcaster, cultural columnist, media personality, and the creative director of a podcast.

How Did Joe Budden Get So Rich?

Budden’s hit single “Pump it Up” not only charted multiple times, it also was used as a soundtrack in multiple movies and video games and led him to be nominated for a Grammy Award. The media coverage associated with all of these accomplishments was astronomical. Although Budden’s following records did well, none of them were able to surpass the success of “Pump It Up” until “Slaughterhouse” made an appearance on his third studio album. The collaboration went over so well that they decided to form a group together and named themselves “Slaughterhouse”. The group debuted their second studio album titled “Welcome to: Our House” through Eminem’s Shady Records. The record debuted at number 2 on the Billboard 200 and number 1 on Billboard Top Rap Albums.

Throughout the following years, Budden released multiple singles where he collaborated with big name celebrities such as Lil Wayne, Tank, Whiz Khalifa, and French Montana. His music career came to an end in 2016 and he shifted his focus to hosting podcasts. In 2018 his podcast “The Joe Budden Podcast” began touring with live performances all over the United States. The popularity of the podcast landed it on the top music streaming app Spotify. In one month, Budden brings home an estimated $400,000-$500,000 from his podcast streams on Spotify and has an estimated net worth of approximately 6 million dollars.

Born in August of 1980, Budden began his turbulent journey towards wealth and fame. His youth was difficult as he navigated the streets of Harlem in New York City. When he was thirteen years old, he attempted to remove himself from the danger and drugs by moving to New Jersey to live with his mother. Due to his father’s absence in his life, Budden seemed to rely on drugs and music for emotional release. Soon after moving to New Jersey, Budden was sent to a boarding school in North Carolina which is where he truly began to develop his craft of music.

After voluntary admitting himself into rehab in 1997, Budden began to dedicate himself to his music. In 2003, Budden released his hit song “Pump It Up” which charted at number sixteen on the US Billboard Hot R&B/Hip-Hop Songs. Later, his song was featured on multiple movie soundtracks to include 2 Fast 2 Furious, You Got Served, and in video games such as Madden NFL 2004. Finally, the song earned Budden a Grammy Award nomination for Best Male Rap Solo Performance. Although Budden went on to create more music and worked on multiple other projects, the release of this hit single truly skyrocketed him into fame and wealth.

Budden’s life and the success he has acquired was no easy feat. He grew up in a difficult area of New York with little to no parental guidance. His struggle with abandonment and drugs fueled his creativity and enabled him to become the musician he is today. Although he could have given up when his father left him, he did not. While he could have decided to leave the music industry when his studio albums were not charting as well as he hoped, he did not. He kept pushing forward, worked hard, and took opportunities when they were available. His ability to keep trying even when it seemed as though everything was against him is what enabled him to reach the success he has now.

The music industry is an animal all in itself. As an artist, at one moment you can be on top of the world and in the next forgotten. Joe Budden’s rise to fame was ignited by the release of his hit single “Pump It Up”; however, his determination to push the envelope, collaborate with other creators, and explore other avenues for creative outlets is what made him the successful person he is today. His personal background coupled with his internal strength and love for music is what has led him to acquire a net worth of $6 million dollars and a successful podcast on Spotify. 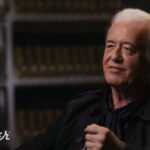 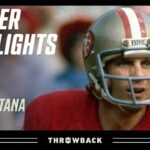