How much is Joe Montana worth?

One of the greatest stars in National Football League (NFL) history, someone whose name is basically synonymous with greatness, poise, and the ability to always win in the end: Joe Montana.

Who Is Joe Montana

When many people – especially those old enough to remember the NFL in the late 1970’s and onward – think of the greatest quarterbacks, or even really the greatest players, of all time, more often than not the top name that keeps coming up is Joe Montana. Why? Because he won. He won a lot of games, and a lot of championships. Specifically, he won 4 Super Bowls, which was tied for 1st all time before Tom Brady passed him (though unlike Brady, Montana never lost in a Super Bowl). The person who he was tied with, Terry Bradshaw, may have been great in his own right, but it was the Pittsburgh defense that really carried the Steelers dynasty.

Montana? He was the one who made the engine run (though of course, Jerry Rice had a lot to do with his success).

Joseph Clifford Montana Jr. was born on June 11th, 1956, in New Eagle, PA. He and his family soon relocated to Monongahela, PA near Pittsburgh (back in the days when Western Pennsylvania was considered a breeding ground for great QB’s). In high school, Montana excelled in baseball, basketball (he was offered a basketball scholarship to North Carolina State), and obviously football. It was indeed on the gridiron where Montana made his name; he was named a Parada All-American as a senior, and accepted a scholarship to play at the University of Notre Dame.

While at Notre Dame, his early years were spent mostly on the practice squad or buried deep on the depth chart, though in his freshman year Montana was on the team at the same time as inspirational (yet…quite possibly overhyped?) movie subject Daniel “Rudy” Ruettiger. However, by the time he was a junior he had won the starting QB job.

How Did Joe Montana Get So Rich?

Joe Montana’s personal wealth is estimated at $100 million, mostly of course on the strength of the earnings from his playing days. He did attempt to create a company, HRJ Capital, with some of his former San Francisco teammates…but that didn’t end particularly well.

Now, naturally, $100 million might not sound like a lot of money compared to today’s athletes, but let’s not forget that during the 1980’s football players were paid well but not the exorbitant amount they’ve made in recent years. However, with all of that money saved up it’s hard to imagine him running out of money…and besides, the secret to Joe Montana’s legacy isn’t about money. It’s about winning.

Joe Montana would ultimately attain the majority of his success in the NFL, but arguably the first real moment he became Joe Cool, the ultimate winner, was in his senior year at Notre Dame.

At the end of his senior season at the 1979 Cotton Bowl, Montana’s Notre Dame Fighting Irish played the Houston Cougars after one of the worst ice storms in Dallas’s history. Montana, who was sick with the flu but still played, struggled with hypothermia during the game and did not immediately return at the beginning of the 3rd quarter (Houston was leading 20-12 at the time). Montana was given IV fluids and fed chicken soup to warm up before returning and ultimately leading Notre Dame to a 35-34 win after a last-second touchdown pass; it is better known as “The Chicken Soup Game” and was essentially the birth of the unflappable superstar that went on to dominate the NFL.

But it took him a little while to get to that point of dominance; despite his abilities, the knock on Montana was always that he was a bit too skinny, didn’t have the strongest arm, and wasn’t the most athletic person on the field (aka he didn’t have the “measurables” to be a star QB). Due to this perceived lack of physical skill, Montana fell to the 3rd round and was selected by the San Francisco 49ers; he was the 4th quarterback selected after Jack Thompson (who had two more career passing touchdowns – 33 – than Montana did in 1987 alone), Phil Simms (who was fine in his own right but not Montana) and Steve Fuller (who?).

Montana won the starting QB job in San Francisco during the 1980 season, and helped launched the 49ers dynasty in the 1980’s after defeating the Cincinnati Bengals in Super Bowl XVI (though first he had to create one of the all-time most memorable moments in NFL history by beating the Dallas Cowboys in the NFC Championship game with “The Catch”). Montana’s 49ers would go on to win 3 more Super Bowls in the 1980’s, with Montana winning the NFL MVP award in 1989 and 1990.

After being injured for most of 1991 and 1992 and losing his starting QB job to Steve Young, Montana finished up his career with the Kansas City Chiefs before retiring in 1994. He was inducted into the Pro Football Hall of Fame in 2000 on his first ballot.

What Makes Montana So Successful?

He’s won 4 Super Bowls. His career passer rating was a 92.3 when he retired, which only ranks 15th all time now (still not too shabby considering how many people have played quarterback in the NFL, by my estimation there have been well over 1,000 people to play the position); however, when he retired in 1994, Montana’s career passer rating was second to only his 49ers successor Steve Young. Both Montana and Young are in the Hall of Fame. Montana is also the career leader in passer rating in Super Bowls. He was also named to the roster of the NFL’s 100 Greatest Players.

All of those accomplishments are enough to make him one of the greatest ever. But it’s also that unflappable nature of his, his identity as Joe Cool, that defines him. In the 1980’s, when the NFL was looking for a new star after the decline of the Pittsburgh Steelers dynasty, it was Montana that took up the reigns as the coolest guy in the room, the guy who commanded the respect of teammates, opponents, and fans throughout his career.

Before Tom Brady and Peyton Manning came around, it was Montana whose name was most associated with winning and being a champion (though some love obviously has to go to Otto Graham…when it comes to winning, it’s hard to argue with playing for 10 seasons and appearing in 10 league championship games and winning 7 of them). Even with Brady taking the lead in total Super Bowl titles and many others leapfrogging him in career passer rating, very few people – other than Brady – are so widely considered the greatest quarterback of all time as Montana.

To many people, Joe Montana is still the greatest quarterback to ever play the game; some people put players like Tom Brady (I get it) and Peyton Manning (love Peyton, but no) ahead of him. But Joe Montana was the original prototype of the cool, collected, confident superstar quarterback. He won, he was popular, and let’s not forget that he was a childhood idol of Brady’s (so the comparison makes sense). Without Joe Montana, who knows where football may have headed, and if playing QB would have been as popular as it is today. 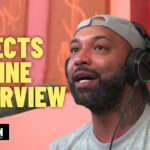 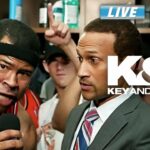