How much is Jerry Seinfeld worth?

“I had a great bit I don’t do anymore, about how do they know so definitely the expiration date on milk? Do the cows tip them off? Do they look back and say, July 3?”

Seinfeld was born and raised in a first-generation immigrant family in New York. That city would greatly influence the way he sees the world as well as his approach to comedy. His father, Kalman, was generally understood to be the funny one in the family and worked as a commercial sign maker, owning and operating—yes—Seinfeld Signs. It is said that he inherited the family sense of humor, but as family dynamics often go, if Jerry had early comedic aspirations, he kept them to himself.

American comedian, actor, writer and producer Jerry Seinfeld has an estimated net worth of $950 million dollars, as of 2023. He is best known for playing the fictionalized version of himself in the sitcom, Seinfeld.

Whether he was intimidated by his father’s wit or he was secretly honing wit of his own, is not known. What is known is that after graduating Queens College in New York City with a degree in communications and theater he finally knew what he wanted to be. While being a stand-up comedian may just be about the toughest job on the planet, it is also very simple. If you’re funny then you’re in. And Jerry Seinfeld was funny.

Seinfeld’s early open mic nights left a good impression on a lot of influential people. His dry, incisive observations about everyday life quickly won him a following. He easily established himself in the New York comedy circuit, and after four years, moved to Los Angeles for a new challenge and a run at television. Jerry had his act by that point, and easily found stand-up success in California as well.

The first person who contacted him to offer some help was Rodney Dangerfield. He offered Jerry Seinfeld a guest spot on one of his HBO comedy specials. His first television part was as Frankie, a joke-writer on the short lived comedy, Benson, but was unceremoniously fired after just three episodes. He didn’t really want to go along with the plans that the show-runners had for his character.

The experience stuck with him: he was a natural stand-up comedian and was confident that he could write better comedy than the words he was forced to deliver on someone else’s show. That was in 1980 and the last time he would appear on television on anyone’s terms but his own. Seinfeld stayed clear of TV, becoming a celebrated stand-up instead. He appeared on The Tonight Show Starring Johnny Carson in 1981 and would return regularly throughout the decade, packing comedy houses in between.

For a brief period after the show ended he was back to doing stand up comedy exclusively. He soon found time for other creative projects as well. He is the author of a few books, including a book for children called Halloween. He was also a creative force behind some of the biggest marketing campaigns in the tech world. For example, he was behind the Windows Vista ad campaigns that were worth an estimated $250 million dollars. However, the Seinfeld sitcom has still been, by far, the biggest source of his income. He also was in a sort of “Seinfeld reunion”, where his character along with all the rest of Seinfeld cast was in the season seven finale in the show Curb Your Enthusiasm, which was created and starred his former creative partner Larry David.

Jerry Seinfeld’s last few creative successes were the series Comedians in Cars Getting Coffee. It later expanded to other people, not just comedians and it even featured the former president of the USA, Barrack Obama. In 2017 Jerry Seinfeld signed an exclusive deal with Netflix, giving them the rights to his new series Comedians in Cars Getting Coffee, as well as two new stand-up specials, for $100 million. Yet even bigger, Netflix has acquired the rights to Seinfeld in a $500 million dollar deal, according to Vanity Fair.

As one of the most talented comedians of his generation, Seinfeld honed his skills and creative output at comedy clubs all around the country. From the start, one could feel a special kind of courage and confidence in him. Many of his older colleagues testified to that. He was a man who knew what he wanted to do in his life and he was confident enough to try and pull it off. He is one of those rare comedians who actually went to college and got a degree. He majored in communications and theater at the Queens College. During his time at college, he was starting to get interested in acting and in comedy. He was a member of various comedy sketch troupes in college. As soon as he was out of college he performed at open mic nights.

His first few breaks and opportunities in showbusiness can be directly tied to his great early stand-up comedy. He has stated on numerous occasions that his comedy icons and influences were Steve Martin, Lenny Bruce, George Carlin and Mike Nichols. In the early days, he was also a frequent guest of late-night talk shows, especially those who had 5-minute slots for stand up comedians. He even impressed even Carson and Letterman with his stand up. During his career Jerry continually looked to improve upon every detail. The biggest turning point in his life was the creation of his now-iconic sitcom Seinfeld. In its early production, the show was named “The Seinfeld Chronicles”, but the name was dropped after a few episodes.

In just three short years, Seinfeld became the biggest sitcom in the USA. The show was created by Seinfeld himself and comedy writer and performer Larry David. It stars Jerry Seinfeld as a semi-fictional version of himself. The rest of the characters include George Costanza, Jerry’s best friend, who was played by Jason Alexander, Elaine Baines, Seinfeld’s on and off girlfriend played by Julia Louis-Dreyfus and Cosmo Kramer, his awkward and bizarre neighbor living next door. His creative idea was king. He didn’t let TV executives or other TV heads tell him what his show is or should be. He stuck to his vision and was rewarded like few people in the history of show business have been. Of course, if he was less talented, he would have flamed out spectacularly and would fade into the abyss of those forever forgotten. But he was a true comedic genius and will be remembered forever.

The life of Jerry Seinfeld is another example of the delight of an American Dream that came true. A son of an immigrant family, he strived for greatness in this new land where his parents started their lives from scratch. In comedy, he found his home, his haven and his big-ticket to fame and success. With a bit of help from Larry David, he was able to create one of the greatest TV shows of all time. That TV show, Seinfeld, stood the test of time, better than any TV show ever has. For over 20 years since its ending, it is still seen and shown all around the world. A small, immigrant boy was able to create something eternal, that is the story of the life and success of Jerry Seinfeld. 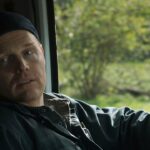 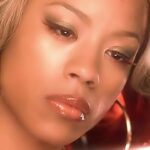