How much is Julia Louis-Dreyfus worth?

Dreyfus famously played Elaine on Seinfeld for nine years, between 1989 to 1998. She almost never won the role as the character originally didn’t even exist. Of the four main characters of Seinfeld, it was only Seinfeld, George, and Kramer in the original pilot episode, but the executive producers believed that the show was too male-centric and they demanded that Jerry Seinfeld and Larry David, co-creators of the show, create a female character. In response they wrote in the character of Elaine, who became a short fused, blunt, attractive female, and the audience fell in love with her. The show became a huge hit, and Elaine was one of the most popular characters in the series, starring in almost every single episode.

The next time Dreyfus found major success would be when she returned to television eight years later in The New Adventures of Old Christine in the title role. The show lasted for 88 episodes and she starred alongside on-screen husband, Clark Gregg. Though ratings fizzled as the show got older, just like many shows do, it was still extremely successful in its fifth and final season as it averaged 6.7 million viewers, and Kari Lizar argued that CBS cancelled the show because they were sexist and that Dreyfus was never fully comfortable working there.

American actress, comedian, singer, and producer Julia Louis-Dreyfus has an estimated net worth of $275 million dollars, as of 2023. Dreyfus has appeared in the role of Valentina Allegra de Fontaine in the Marvel Cinematic Universe, since 2021.

In 2012, Dreyfus scored gold for the third time in a row, getting her second lead television series with Veep, a show about a fictional Vice President that doesn’t hold her tongue when it comes to foul language and hurling insults. Veep is her most accomplished work as an actress and it has even earned her more Emmy wins and nominations than her role in Seinfeld. Veep is more of an ensemble cast than Seinfeld, she got to work alongside established comedy actors who all graduated from various critically acclaimed shows and sitcoms, including Tony Hale of Arrested Development, and film stars Kevin Dunn and Gary Cole, to name a few.

From 2012 to 2019, Louis-Dreyfus played Vice President Selina Meyer on the show and was paid a reported $250,000 per episode for season six. Making her per season salary $2.5 million. For the last season, season seven, she was earning $500,000 per episode of Veep, for a total of $3.5 million. Of course, everybody knows which show of her career earned her the most money…

The finale of Seinfeld is one of the most watched season finales in TV history, behind only M.A.S.H., Cheers, and The Fugitive. This is why for the last seasons of the show, Louis-Dreyfus’ salary tripled to a reported $600,000 per episode. A total of $13.2 million for seasons eight and $14.4 million for season nine. She earned around $20 million for seasons one through seven. Her total earnings for the show are estimated to have been around $47.6 million dollars.

While the show was originally airing in the mid-90s, NBC reportedly earned $50 million a year in gross revenue from Seinfeld, the commercials that ran two or three times during the show cost an estimated $550,000 for a 30-second time slot. The outlet reports that the budget for the show was about $2 million per episode, or around $50 million per season. While one may conclude that they only broke even on the show, the initial earnings from commercials earned their money back and they earned far more later in syndication deals. Since its inception, Seinfeld has made an estimated $4 billion in syndication revenue.

2020 was the first year in seven years in which Dreyfus stared in a theatrical movie. Not only did she star in one, she starred in two. The first was Downhill, a comedy-drama co-starring Will Ferrell, and the second was the 2020 Pixar movie, Onward, which is set in a fairy tale land co-starring Chris Pratt and Tom Holland. Though neither of the films were financially successful, she is estimated to have earned $5-8 million per role.

Dreyfus is heir to the Louis-Dreyfus Group, which is an international commodities and shipping conglomerate. However Louis-Dreyfus’ success is not from her family, it is from her own talent and grit. She has won an astounding nine Emmy awards for Veep, six of them for acting and three for producing. She has won an Emmy for her role as Elaine in Seinfeld, and an Emmy for The New Adventures of Old Christine.

There seven seasons of Veep, but there are less episodes per season than there are in Seinfeld and Old Christine,’ with a total of 65 episodes. Nevertheless, she has thoroughly put an end to the “Seinfeld curse,” a term coined when several of the sitcom’s stars tried scoring their own sitcoms after the finale of Seinfeld, but they all failed after the first or second season.

Few people know that Veep is an adaptation of The Thick Of It, a British comedy about government also created by Armando Iannucci. However, the success of Veep has far surpassed that of The Thick Of It, and a lot of that can be attributed to Louis-Dreyfus due to her comedy acting.

Dreyfus is one of the highest paid television actresses in the world. She was paid a total of $13.2 million for season eight of Seinfeld and $14.4 million for season nine. She earned around $20 million for seasons one through seven. In total, her Seinfeld earnings are estimated to have been $47.6 million. Julia, Jason, and Michael were given no share of overall royalties from the show.

Dreyfus has also appeared in movies, as well. For example Enough Said and Downhill. However she has not earned nearly as much from her roles in them. In fact, outside of her roles in Seinfeld, Veep and The New Adventures of Old Christine, including all of her roles in film and in other TV series, and including all of her appearances as herself, Louis-Dreyfus has earned an estimated $15-25 million. A major part of this is because Julia Louis-Dreyfus does not endorse any notable products.

Overall, it is estimated that Julia Louis-Dreyfus’ career earnings are around $68 million. Of that amount, $4-5 million is expected to have been paid in business related costs. The remainder, $63.5 million, will have been taxed at around 47% as Julia has been residing in the states of New York and California. After tax, it is estimated that her career earnings are at around $33.65 million dollars, having paid $29.85 million dollars in taxes.

In her personal life, Julia has likely spent $10-11 million dollars of her career earnings but also probably possesses assets valued at around $5-7 million, not including investment assets. In her investments, she may have earned investment returns of $20-25 million dollars. Julia’s father was billionaire financier, Gerard Louis-Dreyfus. He was worth an estimated $4 billion at the time of his death, in 2016. It is speculated that Julia may have inherited $150-300 million at that time and, likely, will even become a billionaire one day. However, today, her net worth is estimated to be $275 million.

Julia Louis-Dreyfus has earned an estimated $68 million dollars from her career, which would be an incredible amount for a movie star, never mind an actress who has earned her income acting on TV. She is also speculated to have inherited some $150-300 million and has likely had to adjust to life as one of the wealthiest women in America. Now Veep is officially over, the actress will continue to do what she has always done best, produce and star in excellent television comedies, and though it isn’t very clear what the next project will be, she has recently signed a deal with Apple TV+ to do exactly that. 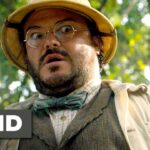 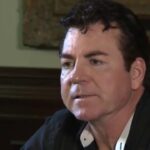