How much is Jason Alexander worth?

Who Is Jason Alexander

That’s an easy one… he’s George Costanza. The end. Well, not exactly. Let’s back it up a bit. The truth is, Jason Alexander was already something of a success before he landed one of the greatest roles in the history of popular entertainment.

Jason Alexander was born Jay Scott Greenspan on September 23rd, 1959, in Newark, NJ. After getting involved with theater in high school, he attended Boston University, where he made it his goal to become a classical actor. However, due to his stature (5’5″) and general appearance, one of his professors told him that he would never be able to make it as a strong, serious lead. So, instead, he pivoted to become more focused on comedy as well as musical theater.

When he joined AFTRA, he changed his name from Jay Greenspan to Jason Alexander, in part in order to honor his father (whose name was Alexander Greenspan), but also because the name he originally wanted – Jason Scott – was already in use by too many people (much like how Michael Andrew Fox changed his name to Michael J. Fox).

American actor, comedian, director, and television host Jason Alexander has an estimated net worth of $40 million dollars, as of 2022. For “The Bad Guys?” On Brainwashed By Toons, Alexander won the Daytime Emmy Award for Outstanding Original Song in 2020.

From there, the newly minted Jason Alexander would become a Broadway actor, starring in numerous shows during the 1980’s and ultimately winning both a Tony and a Grammy for Jerome Robbins’ Broadway in 1989 and 1990, respectively. He would also go on to perform in numerous TV shows and movies – his first major movie role of note being in Pretty Woman – as he continued his success on the Broadway stage.

But come on, let’s be honest. We know all of this isn’t why you’re here….

In 1989, comedians Jerry Seinfeld and Larry David brought the show Seinfeld to the airwaves on NBC. To say that the show revolutionized the sitcom and became one one of the monoliths of American television is to put it mildly; Seinfeld took the concept of a sitcom – where lots of things need to happen, romantic relationships blossom between characters, wacky hijinks ensue, etc. – and turned it completely on its head.

Instead, Seinfeld famously became “a show about nothing”; not that nothing ever happened on the show, but just that the show was all about how to find the humor and hilarity in every day life, like dealing with an unpleasant restaurant owner, the perils of dating, or…well, just look up the episode “The Contest” for some additional information.

At the center of this show as Seinfeld himself, but lurking in the shadows behind him was the short, neurotic little sad-sack George Costanza.

Indeed, Costanza led a tremendous supporting cast that helped anchor the show, starting the trend of shows where a fantastic supporting cast props up a lead who may or may not be that relatable or funny (see also: Everybody Loves Raymond).

Costanza was the quintessential number two, the guy who was always there but was never really featured, but without him the entire operation falls apart. And Jason Alexander turned that guy into an artform, to the point that pop culture websites such as Grantland named him the greatest second banana of all time, beating Scottie Pippen in the Final Four (impressive) and ultimately triumphing over Canada (umm, sure) in the Finals.

In fact, Alexander’s role as Costanza bled into real life during awards season; Alexander was nominated for an Outstanding Supporting Actor Emmy a total of seven times but never took home the trophy (he finally did win a Daytime Emmy in 2020 for Outstanding Original Song).

When Seinfeld first made the air, the cast did not get paid that much, as the concept was unproven and the show almost didn’t get picked up. Once the show gained momentum, the salaries for the actors on the show did as well, with the salaries for the supporting cast members (such as Alexander) rising to $600,000 per episode by the show’s 9th season. It is still a matter of debate as to whether or not the non-Seinfeld members of the cast get a cut of the huge syndication profits, but $600,000 an episode is nothing make light of, especially since most of us will never see that kind of money in our lives, much less a year.

Of course, Alexander has other sources of revenue that have helped him earn his net worth of an estimated $40 million as of 2022, both from before his Seinfeld days and after. He has starred in numerous movies, TV shows, and Broadway shows since his days ended on Seinfeld, which more than keep him busy and keep adding to his bank account.

Sure, he isn’t Jerry Seinfeld rich, but he’s rich enough to be happy; isn’t that exactly how you’d expect it from George Costanza?

Alexander’s entire career has been a success, from his theater credits to his TV and movie roles (indeed, with a Tony, Daytime Emmy, and Grammy to his name, he’s only one potential Academy Award win from the precious EGOT designation). But his ability to still be remembered for one of the most iconic roles in television history while simultaneously not having his career be pigeonholed or destroyed by never being able to escape the shadow of his one major role (ask Alfonso Ribeiro how things have gone post-Fresh Prince of Bel Air) is a testament to the greatness that is Jason Alexander.

He will always be George Costanza, but he will also be Max Bialystock and countless others. He may not have had the financial and cultural impact that Jerry Seinfeld may have had, but in the end Jason Alexander will always be a more respected actor due to his versatility (and due to the fact that he’s actually, you know, funny and relatable, but that’s another topic for another day).

What else can be said about Jason Alexander? He’s a great actor, singer, dancer, and overall performer. He took a bad hand – being told he would never be a serious and respected actor due to how he looked – and bluffed his way into a magnificent career (oh, on the same note, Jason Alexander is also a noted poker enthusiast).

His character of George Costanza has stood the test of time as the greatest best friend/sidekick to arguably ever grace the airwaves, but even without that role he would still have a more respected and successful career than countless other actors who have tried to make it over the years. 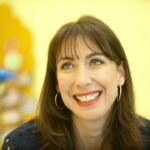 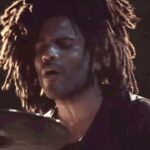