How much is Lenny Kravitz worth?

Lenny Kravitz is an American actor, musician, record producer, singer, and songwriter. Apart from his international symbolic hard rock hits, he’s also known for his diverse style. He has released many successful ballads, blues, jazz, funk, psychedelic, pop, rock, reggae, and R&B. He began his music career in 1981 and since then has released 11 studio, six soundtrack, five compilation, and three live albums.

For four consecutive years, from 1999 to 2002, he won a Grammy Award in the category “Best Male Rock (Vocal) Performance”. With that win, he broke the record for not only most wins in that category but also for most consecutive wins by a male artist in one category. Besides the Grammy Awards, he is also the recipient of American Music, MTV Video Music, Radio Music, and Brit Awards.

American singer-songwriter, multi-instrumentalist, record producer, and actor Lenny Kravitz has an estimated net worth of $100 million dollars, as of 2023. Kravitz has sold over 40 million albums worldwide.

The rock superstar became famous in the 1980s thanks to his unique debut album Let Love Rule. He was born on May 26, 1964, in New York City. He grew up listening to various music genres (blues, classical, gospel, opera, jazz, and R&B) and has cited Bob Marley and John Lennon as his main influences. Shortly after his parents divorced in 1985, the talented artist began pursuing his music career.

In July 1989, after he signed a recording deal with Virgin Records, the singer released his first single “Let Love Rule”. The single entered various music charts and became the lead single to his self-titled debut album, released in September that year. The rock musician’s debut album received one platinum and five gold certifications in six different countries. It also established him as one of the rising stars of the music industry in the 1990s.

What helped Lenny Kravitz become rich were not only his successful music projects but also his passion for acting and collaborations with some of the famous names in the entertainment business. His first collaboration was with Madonna for the 1990 hit “Justify My Love”. Throughout the rest of the 20th century, he teamed up with the likes of Slash, Sean Lennon, Mick Jagger, and David Bowie to name a few.

In March 1993, he released his third album Are You Gonna Go My Way. Besides topping many international album charts, the album also earned both gold and platinum certifications in 14 different countries. At the peak of his career, from 1999 to 2002, Kravitz broke Bruce Springsteen’s previous record and made history as the first male artist to win four consecutive Grammy Awards in the category “Best Male Rock Performance”. In 1998, he made his acting debut by voicing the role of the Newborn Baby in The Rugrats Movie.

At the beginning of the 21st century, Lenny Kravitz became even more successful as he continuously released new music. With over 10 million copies sold, his by far most successful album, Greatest Hits was released in October 2000. To further promote all of his projects, the talented artist embarked on many international tours. Shortly after he wrapped up his 2005 Celebration Tour, Lenny served as the opening act for Aerosmith’s huge Rockin the Joint Tour, starting in October 2005 and ending in February 2006.

Simultaneously with creating and producing new music, the megastar began starring in many films such as Zoolander, Being Mick, The Simpsons, and Rebelde. In the early 2010s, he took part in the “Hunger Games film series”, which was a box-office hit. In the film series, he portrayed the character Cinna, the creative stylist of the series’ protagonist, Katniss Evergreen.

For the past few years, he has also focused on various business ventures such as design, and photography. His own design company called Kravitz Design was founded in New York City in mid-2003. In both 2015 and 2019, he partnered with the camera company Leica.

Lenny Kravitz has earned estimated total career income of $160 million dollars, having sold 40 million albums alone worldwide (not including singles and video releases). Kravitz has also added to his earnings through his acting work and his company, Kravitz Design Inc., sales revenue. His work in interior design includes a property in the Hollywood Hills that was listed at $38 million dollars, in 2017.

As Kravitz has mostly lived in the state of California, but also splits his time between Paris and the Bahamas, he will have had to pay around 47% in taxes on his career income. After tax, it is estimated that his career earnings are at around $84.8 million dollars, having paid $75.2 million dollars in taxes.

Lenny Kravitz married Lisa Bonet in 1987 and they divorced six years later, in 1993. They have one child together, Zoë Kravitz, and it is estimated that about $4-5 million has gone in Lisa’s direction.

As he will have also had to pay around $5-6 million dollars in business related costs, it is therefore estimated, that Lenny Kravitz has a net worth of a rounded $100 million dollars.

Often dubbed as one of the greatest hard rock artists of all time, with more than 40 million albums sold, Lenny Kravitz is also one of the best-selling artists in the whole world. Apart from his illustrious music career, the multi-talented superstar has also earned a lot of praise throughout the years for both his acting and songwriting abilities. 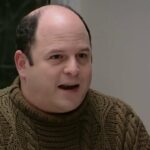 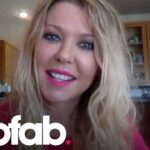