How much is David Letterman worth?

Whether he was battling Jay Leno or the starlets who are exposing themselves on his talk show, David Letterman always has a punch line. He was born David Michael Letterman shortly after World War II to a florist and a church secretary, in Indianapolis, Indiana. After a course of “Gentleman’s C’s” at Ball State University, he became a snarky and beloved local weatherman—at least to viewers who didn’t mind that their weatherman lacked all meteorological expertise, but got a kick out of predicting hailstones “the size of canned hams.” It wasn’t long before his then-wife, Michelle Cook, talked him into moving to Hollywood where he wrote jokes for Jimmie J.J. Walker (probably all of which had the tagline “Dyn-o-mite!”).

Who Is David Letterman

David Letterman was famously the late night talk show host and a veteran of the industry, as he not only hosted various shows for three decades, but also oversaw other late night shows by being an executive producer. He has influenced many younger late night hosts, such as Jimmy Kimmel, Jimmy Fallon, Seth Meyers, Conan O’Brien, and Stephen Colbert, who went on to become Letterman’s replacement after his retirement.

American television host, comedian, writer, and producer David Letterman has a net worth of $400 million dollars, as of 2021. Definitely best known for hosting the late night television talk shows for 33 years, ending with Late Show with David Letterman in 2015.

Becoming Heir To The Throne

NBC was so impressed with his work on The Tonight Show, that he was given a daytime talk show, The David Letterman Show—which, unfortunately, didn’t do the rising comedian any justice and was cancelled after only a few months. But, NBC hadn’t forgotten about David’s potential—in 1982 he got his own show, Late Night with David Letterman.

The show, immediately following his mentor Carson’s, made him every college boy’s favorite dude, running around in suits made of Velcro and Alka-Seltzer, ambushing his corporate parents at General Electric with a fruit basket, being called an a**hole by Cher, and getting pissed off at cartoonist Harvey Pekar and telling him on air he was no longer welcome back. Dave’s sensibility was dry and wry, but his cult following (in the opinion of NBC) was no match for the group of Americans who wanted to go to bed each night with something a little less challenging, and a little more Leno.

Then, as if his guests’ bizarre antics weren’t enough, in 2009 Dave became the center of a sex scandal that no one saw coming; he was blackmailed by a man who was dating one of his employees. Over the course of the investigation, the public discovered that he had an affair with her. But she wasn’t the only one. It was beginning to get confusing as to whom among his staff Dave hadn’t slept with. And, this was all after he’d finally married his girlfriend of 23 years. But Dave confronted the scandal head-on going to the police, confessing to his wife, and apologizing to his viewers.

But this scandal was one of many for Dave—a housepainter plotted to kidnap his son and a mentally ill woman repeatedly broke into his home. Media fuel or punch line material? We’re hoping neither. With the scandal that seems to follow David around, he’ll just have to take his happiness where he can find it—mostly in the pure joy of making fun of celebrities and the president.

Letterman In The Movies

He has featured in multiple movies and television shows as himself, often as cameos, but has never had any interesting to venture in to acting roles or anything of the sort outside of hosting, like many performers do. However, it might not be from Letterman’s lack of interest in pursuing something new, but from just being too busy as hosting a show every day of every week of every month of every year can no doubt be exhausting, as there is a lot of work to be done off-screen too and a lot of collaboration with the writers and keeping up to date with daily events in the industry and in the news.

Letterman was the host of his show for 22 years and a host on late night television for a total of an amazing 32 years. So when he finally retired in 2015, it wouldn’t be long until Letterman got the itch to go back in to hosting and interviewing. He signed a deal with Netflix for a more stripped back talk show which would become My Next Guest Needs No Introduction.

When did David Letterman make it?

The Letterman show was most profitable late night show in history, and hosts on the air now don’t make closer to Letterman’s salary from several years ago. In his later years of hosting The Late Show, Letterman was earning $30 million per year, Which is almost double what the highest paid host in late night is making right now, Jimmy Fallon currently makes $15 million per year.

Though hosting the Late Show wasn’t his only source of income. Letterman founded the television production company, Worldwide Pants. Worldwide Pants was the type of production company that had it’s priorities straight and rarely experimented, though that might be because it failed the few times it did experiment. The production company focused almost exclusively on the production of late night shows. Besides his own show, In all of its forms, Letterman has been the executive producer of The Late Late Show since its inception in 1995 when Tom Snyder was the host, all the way through to 2014, when Craig Ferguson was the host. The company was also produced Everybody Loves Raymond for 210 episodes, with Letterman serving as executive producer for every episode. With the hundreds of thousands of archival footage and the syndication sales of Everybody Loves Raymond, Letterman would be making millions of dollars from this alone.

David Letterman hosted different variations of The Late Show for 32 years, and it came as a shock when he resigned and passed the torch on to Stephen Colbert. The Late Show with David Letterman lasted 23 seasons with well over 4000 episodes, and prior to that, Late Night with David Letterman had 11 seasons and over 1000 episodes. The show went on to define late night as we know it; an opening monologue, speaking with guests, a band that he interacts with, a musical act. And the formula would not be changed or tweaked until Jimmy Kimmel came on to the scene twenty years later, but even then the traditional format did not change all that much.

Though this might not be the most positive reason for somebody being famous, but this scandal nevertheless brought a lot of attention to Letterman, including overseas citizens who hadn’t previously heard of the host. He had been called out for having two long term affairs. A fellow CBS producer tried to blackmail Letterman for two million dollars, as the producer left evidence of one affair in Letterman’s car with the demand for the money. Instead, Letterman went to the police and confessed on live television what had happened, apologizing to his crew and to his wife. To find out who the blackmailer was, Letterman, with help from the police, conducted a sting operation in which he sent a fake check to him. When the man tried to cash the check, that’s when they found out the blackmailer was Joe Halderman.

Apparently, when it comes to his production company, Letterman doesn’t have a hands on approach after he has invested seed money, but his name carries weight and encourages other production companies to invest so he doesn’t have to carry all of the risk himself. This is an extremely smart move on Letterman’s part as he can just accrue profit without having to do any of the work.

However, the production company was on pause for years after Letterman’s last episode of The Late Show and it was looking like it was going to become defunct and closed down. There isn’t much for the company to do as Everybody Loves Raymond ended a long time ago and all of the late shows the company produced had come to an end too. However, they are co-producing Letterman’s Netflix show. The company would have downsized massively as that show isn’t the machine The Late Show was and only produces six episodes per season.

Defining Quote “I’m just trying to make a smudge on the collective unconscious.”

Throughout his career David Letterman has been nominated for and won several awards, including several prime time Emmys. From producing one of the most popular sitcoms of all time to running the midnight hours of CBS, throughout decades Letterman has influenced generations. When it comes to Letterman’s future, it’s not clear what his next projects might be, if any. It looks as if Letterman decides to record episodes of My Next Guest Need No Introduction at his leisure and he seems to be enjoying having free time more than anything. At 73 years old, David Letterman is still working, albeit on his own watch, but when you have a net worth of $400 million, why would you let anybody tell you what to do? 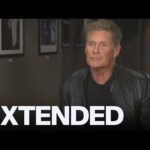 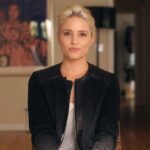