How much is Bill Burr worth?

Bill Burr is one of the most recognizable comedic voices of the last 10 years. His high pitched voice is really something, but also the way he structures his jokes, his timing, and the way he approaches the subjects upon which his satire lays makes him a unique stand up comedy performer.

If you’d never heard William Frederick Burr, talk, you might not guess that he is from Boston. He was born and raised in, as he usually puts it, “a nice suburb of Boston”. One of the most irritating questions that he usually gets about his Boston upbringing is “Are you from Southie?”. Bill can’t stress enough how questions like that annoy the life out of him. His mother was a nurse and his father a dentist. The life of his family would loosely inspire his animated series, F is for Family. He went to high school and college around Boston. He got a degree in radio from Emerson College. Early in his life, he used to work in warehouses. Some of his bosses were rage monsters at the time and Bill states that he vented his frustration by driving forklifts around.

As of 2021, we estimate Bill Burr has a net worth of $15 million dollars. Burr’s net worth may seem low however he only really broke through in the 2010s and is likely to increase his earnings in the 2020s.

How did Bill Burr earn his net worth?

While he was still in college, for radio, Bill got interested in the whole comedy scene around Boston. He did a few clubs and open mic nights around town. But the comedy scene in Boston at the time wasn’t as large. So Bill Burr moved to New York, judging that the lively comedy and especially the new alternative comedy scene there would help him propel some sort of start in his comedy career.

He began modelling his rage-fueled comedy of the greats like George Carlin, Bill Hicks, Sam Kinison, and Richard Pryor. One of the comedians who he was closest to was Patrice O’Neal. Bill considered him to be immensely talented. Sadly O’Neal passed a few years as his career started to pick up.

His comedy career started to take off by the end of 2000s. His first hourly stand up special was called Why Do I Do This. Apart from appearing in comedy clubs around the county and lately around the world, Bill Burr is a frequent guest on podcasts. At the beginning of his career, he would mainly be a guest star on some comedic podcasts like the Anthony and Opie Show, The Joe Rogan Experience, The Adam Corolla Show, WTF With Marc Maron. But later on, as he got more famous, he appeared on other podcasts as well, like the popular Bill Simmons Podcast. Since 2007 he started hosting his own podcast, named The Monday Morning Podcast.

One of the most important figures in his career was Dave Chappelle. While the Dave Chappelle Show was at its peak, Bill Burr was a cast member and a writer on the show. Some of the most popular sketches where Bill Burr was involved were The Racial Draft and Samuel L. Jackson Beer which includes Dave Chapelle dressing up as a pirate Samuel L. Jackson and shouting: “It will get you drunk” at people. To date, Bill Burr has released six comedy specials. His current net worth is estimated at $15 million dollars.

As he cemented his place among the best comedians of his generation, he started to explore another passion of his, acting. He was in 15 episodes of the TV show Townies, which air for a few seasons on ABC. He also appeared in the few episodes of one of the greatest TV show ever, Breaking Bad. His additional TV credits include The Simpsons, The New Girl, Maron, The Kroll Show. In 2015 he was able to finally put to screen one of his most passionate projects, an animated show called “F is for Family”. It is loosely based on his own life and growing up in the suburbs of Boston. Netflix has the rights for the show. Two seasons or 26 full 20 minutes episodes have been aired so far, with a future season in production. Last year, Bill Burr stared as Mayfeld in the immensely popular Disney plus show The Mandalorian.

As Bill Burr states, and as have many other attested, when you grow up in cold weather, in a small town where everyone knows each other and busts other peoples balls, “you are bound to grow up funny”. That is more Bill being humble and not admitting that he is a really talented comedian first and writer second. It takes a lot of courage to perform stand up. It takes a lot of creativity to write 5, 6 comedy specials. And to perform those comedy specials, to have to comedic timing and the on-stage persona to land the same joke over and over again takes a lot of craft.

And finally, he pushed through all the obstacles. He moved to another town. Started a new life, worked hellish jobs, all for the chance to perform live in front of people, make them laugh and enjoy themselves.

We calculate Bill Burr is worth $15 million dollars in 2020. A far cry from the earnings made by other comedians like Dave Chappelle, Joe Rogan and Jerry Seinfeld.

Bill Burr was a kid in a small area of Boston. But now, after a lot of hard work, perseverance and willpower he has managed to turn himself into one of the best and most popular comedians in the world. He tours the world. He is one of the most popular guests on comedy, but also pop culture and sports podcasts.

The life and career of Bill Burr are a true example of the rewards one might enjoy if he or she picks one path in life, and sticks to it with steel-like hard determination. 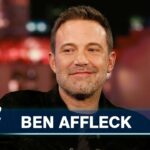 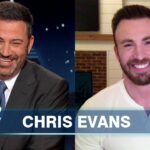