How much is Steve Martin worth?

Depending on how old you are you could know Steve Martin from any number of things. As a comedian, musician, and actor, you may know him for his sold out arena stand up specials in the 1970s, or his starring roles in dozens of massively successful comedies in the 1980s, or being type-cast as the angry father in 2000s family movies. You might even be one of the very few that know him best for his bluegrass music and banjo skills.

American actor Steve Martin has a net worth of $150 million dollars, as of 2021.

How Did Steve Martin Get So Rich?

After selling millions upon millions of comedy albums and being a highly in demand late show performer, Martin reached an unbelievable net worth after starring in and writing his own movies. The foundation of his wealth is thanks to his writing debut, The Jerk. The movie made an incredible $100 million worldwide. It is one of the most successful films of all-time. Though the film’s gross profit is far from the box office numbers that movies gross today, films now have a much higher budget. The Jerk had the low budget of four million dollars. Comparatively, The Jerk’s success is like if a movie made one billion dollars from a budget of $40 million, which has never happened and probably will never happen.

Despite proving himself as a comedian that sells out arenas and being bankable movie star, Martin agreed to a very low salary of $600,000 for The Jerk, but his deal included a massive 50% of the box office gross. As the movie made nine figures, Martin would have made close to $50 million for the one role. After that, Martin went on to make millions of dollars for every movie throughout the eighties and nineties, but surprisingly, his biggest salary to date was for his lead role in The Pink Panther, in which he made a total of $28 million, and that includes three million dollars for writing the screenplay. It’s the family movies that get Martin the big bucks, as he made $10 million for Cheaper by the Dozen, and though it is undisclosed how much he made for the sequel, it’s likely to be much more.

In the 1970s, Martin became highly critically acclaimed and loved by the whole of North America for his self-referential, self-mocking, and insanely sarcastic stand up performances. Though this release format for a comedian is not very popular anymore, Martin put out several comedy albums in the 70s and he saw a huge success with his second album, A Wild And Crazy Guy, which reached number two on the Billboard 200 album chart. The album sold over one million copies and famously ended with the song “King Tut,” which made light out of the western world commercializing Egyptian culture, and the track went on to become one of the most famous Saturday Night Live skits of all time.

The actor quit stand-up comedy in 1981, as he is stated as saying he never even wanted to be a stand-up comedian, but instead wanted to focus on making movies. Martin ended his career at a peak as he was playing to tens of thousands of fans at sold out arenas, getting a reception that would rival the screaming fans of The Beatles. It was as if Martin couldn’t get any bigger, but his fame knew no bounds and Martin’s movies made more money with each consecutive release.

The actor also carved out a career in hosting various shows on television. Martin has hosted Saturday Night Live a gobsmacking 15 times, which was more than any other celebrity in the history of the show until Alec Baldwin surpassed him in 2011. Martin has also hosted The Academy Awards three times. His third stint hosting the show in 2010, which was the 82nd year of the ceremony, reached over 40 million viewers. Martin brought the show back to form as the viewership was 13% up on the previous year.

There is a very distinctive look about Martin, which has helped him get so many roles as the disheveled father rattled by his children. Martin has rabbit white hair and jet black eye brows. He is so energetic even in his later years, and though he is kindhearted, he looks like he could flip at any second. This is why he has been able to score roles as character that always have short fuses, such as in Planes, Trains, & Automobiles, Father of the Bride, and Cheaper by the Dozen.

The Jerk was directed by Carl Reiner and the two went on to collaborate three more times, two of which were on movies that Martin had written. Though none of the follow up movies were as successful as The Jerk, they all saw moderate success at the box office and helped round out Martin’s brand of movie writing. It’s Martin’s own screenwriting that has helped turn him in to the king of screwball comedies with movies like The Man With Two Brains, Dead Men Don’t Wear Plaid, Three Amigos, Roxanne, The Pink Panther and its sequel.

The actor is completely the sum of his influences. As Martin has said he is most influenced by both ends of the spectrum; Charlie Chaplin, a comedian that focuses massively on slapstick, and Woody Allen, a comedian that thinks philosophically about everything and every every line of dialogue of his screenplays have been gone over with a fine tooth come. Martin uses both of these techniques to cook up wonderful movies like The Man With Two Brains and Roxanne.

Steve Martin has an estimated net worth of $150 million. Unfortunately, Martin doesn’t have any upcoming movies in production. Though Martin hasn’t starred in a movie for three years, and hasn’t featured in a TV show besides appearing as himself since 2008, he will appear in Only Murders In The Building. There are few details known about the show, but it will be a Hulu original series that will be exclusive to the streaming service. Right now, it seems like Martin is happy enough sitting on his fortune and recording Grammy Award winning bluegrass music. 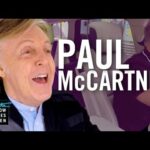 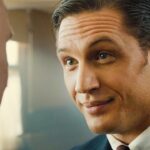