How much is Don King worth?

Who Is Don King

Ah good old Don King, a man that evokes mixed emotions for many people within the boxing game and amongst fans alike. Good old Don is that now (old) at 88 but what a famed career he managed to have.

Don King is a legend within the boxing world. Born on August 30, 1931, his is a story about an African American man who rose from the ghetto to fortune, and the tale of a controversial figure who never fully left his criminal ways behind. As a boxing promoter, King is known as the architect behind some of the biggest, most lucrative boxing match-ups the world has ever seen. It was his hand and deft mind that guided the storied careers of such icons as Mike Tyson, Muhammad Ali, Joe Frazier, and George Foreman.

A household name, and often parodied, King is instantly recognizable for his wild black and white hairstyle and his penchant for clever wordplay and catchy slogans. Yet he is just as often depicted as a colorful shyster, who has split his time between high society events, where he receives accolades, and courtrooms, where he is maligned.

How Did Don King Get So Rich?

The same fight that made King famous also made him a very rich man. “The Rumble in the Jungle” grossed roughly $100 million ($500 million adjusted for inflation) worldwide. Of those proceeds, $60 million was pay-per-view revenue from within the United States, half of which went directly to the fighters and promoters. They split the $30 million between them. The fighters received $5 million each. The rest was divided between King and co-promoter Video Techniques. Assuming an even split, that’s $10 million dollars apiece, making Don King a solid millionaire.

From that point forward, King was able to pull top dollar as a promoter. He made more millions on savvy business moves, like arranging the first ever heavyweight bout shown on HBO — netting a cool $2 million in the process. Yet, not every dollar of King’s was earned through ingenuity and hard work. Boxing promoters are paid a percentage of their fighter’s purse. While the usual amount is 25%, King is known to have taken as much as 80% away from the boxers under his wing.

King’s rise to fame came late, after an early life during which he is most accurately described as an infamous figure. At a young age, he became involved in the gambling underworld, running numbers for illegal lottery operations in his hometown of Cleveland, Ohio. By the time he was 30, he was running his own successful gambling operation and had a measure of local fame. He lived a lavish lifestyle with his ill-gotten gains, though neither his modest fame nor wealth at the time came close to that which he would eventually enjoy.

The criminal enterprise came to abrupt end in 1966, when King was sentenced to prison for manslaughter after killing an employee of his in an argument over money. It was after his 3 year and 11 month stay in prison, in search of a new way to live, that King organized his first boxing match, a charity event featuring Muhammad Ali.

After forging a relationship with Ali he made his name as an up and coming boxing promoter with the “Rumble In The Jungle” in 1974. Muhammad Ali shocked the world when he beat George Foreman. Don struck the boxing world with his charm, razor sharp wit and his seeming ability to make almost any fight happen.

In 1975 he was behind the Chuck Wepner Muhammad Ali fight which went 15 rounds and included Wepner knocking down Ali by stepping on his foot in the ninth round. It’s said that in the crowd that night sat Sylvester Stallone who watched the fight seeing the final knock out in the last moment of the fight. Inspired he started writing the script for Rocky which is how Sylvester Stallone rose to fame.

King has been involved in staging many mega events though the years and has played his part in growing the sport during his generation. A year after the ‘Ruble’ he helped organize and promote the “Thrilla in Manilla” which is text-book Don King style.

However, he has his naysayers and there’s a considerable number of reasons why.

Over the years numerous fighters have fallen out with Don having in a lot of cases felt they have not got what has been rightfully paid to them in different fights. A big name that comes to mind is of course Mike Tyson who once said King had cheated him out of figures in the regions of not just millions of dollars, but allegedly hundreds of millions of dollars. It’s not for this journalist to claim who is right or wrong but when you add up all the stories that have emerged over the years, I guess you can make up your own mind.

He really made his name in the heavyweight division and for a long period of time controlled the sport through boxing’s once glamour division. He seemed to always have a way of making sure his fighters had the best rankings possible and to his credit was an excellent matchmaker when it came to making the biggest shows available for the least risk possible. From a business point of view he certainly knew what he was doing, whether or not this was done ethically is another question!

When you look back on his involvement with Mike Tyson’s career for example. When Tyson came out of prison in the nineties King managed to convince the public that Tyson was still the same “Iron Mike” that once ruled the heavyweight division in his younger days. The truth was quite a bit different however. Tyson was a shell of his former self and King managed to convince the public that he was back to his best by bringing him on a tour of tomato cans where Tyson simply blasted guys out inside a few rounds, guys who had no business in being in there with him in the first place.

That was King’s real talent I guess. He knew how to manipulate and leverage the press more so than probably any promoter in the history of boxing. He was a man for the big shows, a man who promised the world and often times delivered. He managed to convince fighters that he was their friend. He had a way with words like no other, a charismatic character for sure.

In recent years he has now found himself more or less finished in the sport with his last big name fighter (Tavoris Cloud) losing to Bernard Hopkins. It spelled what virtually now looks like the demise of Don King with him having no real fighter of note now.

That willingness to take as much as he could get was an unpleasant manifestation of his clear drive to succeed, and his willingness to take risks in the process. Remember that $10 million he secured from the government of Zaire? That was to cover the $5 million purse he had promised to each fighter to secure his position as promoter for the bout. He didn’t have that money when the deal was made, but his confidence that he could convince the host to provide it made him willing to take a huge risk.

Speaking of convincing, Don King is a charismatic and effective negotiator. His promotion deals are almost uniformly more profitable than any other promoters, because he knows how to sell his fighters and his services. He has also talked himself out of dozens of court cases, settling out of court more often than not, and for much less than he would have had to pay otherwise. Love it or hate it, he has the gift of gab.

He is a man with perseverance, who never let the obstacles of life stop him. Even in prison, as the story goes, he used his time to read and educate himself to be better prepared when he attained his freedom. He got out and pursued an entirely new profession in his middle age. When he couldn’t stage “The Rumble in the Jungle” in the U.S., he relocated to Africa. No matter what happens, he is ready to tackle it head-on.

Most useful of all, King is a great judge of character and talent. All his other skills would have yielded much lower returns if he weren’t promoting the greatest fighters in boxing history. No one else has so consistently been attached to champions.

Don King’s rise to fame and fortune in the boxing world were the result of his effort. While not every choice he made was morally right, he has always been willing to make a choice and take action to achieve his goals. That drive, coupled with his innate talent, intelligence, and charisma were key components to his success. But never forget, he could not have done it alone. His partnerships with the greatest fighters his sport has ever known are what gave his abilities a chance to flourish, and made him a very wealthy man. 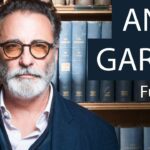 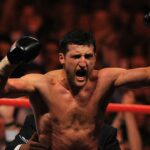