How much is Muhammad Ali worth?

Who Is Muhammad Ali

Muhammad Ali, a professional boxer, social activist, and philanthropist, is one of the biggest sporting names of the 20th century.

Born on the 17th of January 1942 in Louisville, Kentucky, Muhammad Ali’s original name was Cassius Marcellus Clay Jr. He grew up in a racially segregated South and experienced numerous instances of discrimination. He discovered boxing purely by accident at the young age of 12 when his bike got stolen and he told the police officer, Joe Martin, that he wanted to beat the thief. Martin told him to learn how to fight before making such claims and he happened to train kids in boxing at a local gym. He took Clay under his wing and one of the most amazing sporting journeys of our time began.

American professional boxer Muhammad Ali had a net worth of $80 million dollars at the time of his death.

Which Fights Made Muhammad Ali His Money?

Muhammad Ali had humble beginnings. However, once he proved his mettle in the boxing ring, the money began to flow. With an Olympic gold medal and three heavyweight championship medals to his name, Muhammad Ali is said to have accumulated career earnings of around $60 million, unheard of for athletes at that time. His earnings broke the mold and paved the path for earning potential of athletes to come.

Some of Ali’s biggest paydays include the $2.5 million in 1971 in his fight against Joe Frazier, the $5.45 million in 1974 in his fight against George Foreman. and the $7.9 million in 1980 against Larry Holmes. When adjusted for inflation, these amounts shoot to $15 million, $26 million, and $22 million respectively. In 2006, Ali reportedly sold the rights to his name and image for $50 million but held on to 20% interest on his licensing, which ensured a relatively steady revenue each year.

The Golden Gloves: In The Beginning

After winning a handful of Golden Glove titles, and the Light Heavyweight gold medal in the 1960 Summer Olympics in Rome. Clay’s amateur record was 100-5.

As a professional, Clay would go on to have great success as well.

Standing tall, at 6-ft, 3-in, Clay had a highly unorthodox style for a heavyweight boxer. Rather than the normal style of carrying the hands high to defend the face from incoming punches, he instead relied on foot speed and quickness to avoid punches as he carried his hands low.

On his trek towards heavyweight prominence, Clay defeated the likes of Billy Daniels, Archie Moore, Doug Jones, and Henry Cooper.

In 1964, Clay shocked the world as he had boldly predicted, by upsetting the seemingly impenetrable Sonny Liston for the heavyweight title by forcing the champion to retire on his stool after six rounds. After the fight, Clay announced his devotion to the teachings of Islam and changed his name to Muhammad Ali.

Ali was arrogant and charismatic. You either loved him or hated him.

In his prime, he was so much quicker than his opponents, he was often able to box while holding his left hand by his side while pulling straight back to avoid punches. This style would get most fighters knocked out, but not Ali, not with his rare combination of skill, speed, and talent.

In 1967, Ali, citing his religious beliefs, refused induction into the U.S. Army. He was arrested, had his boxing license suspended, and was stripped of the heavyweight title. He was an inactive boxer from March 22, 1967 to October 26, 1970, arguably the peak years of his physical prime.

While he was suspended from boxing, Joe Frazier tore through the division to become the heavyweight champion.

Still sporting an unblemished record, Ali returned in 1970 and bounced back with victories over Jerry Quarry and Oscar Bonavena, finally setting up a much anticipated bout with the undefeated champion, Joe Frazier.

In a fight known as “The Fight of the Century,” Frazier outfought Ali for much of the bout and dropped Ali in the 15th round to capture a unanimous decision.

Soon thereafter, Ali won ten bouts in a row, before suffering the second loss of his career against Ken Norton. Ali traveled to his opponent’s backyard, suffered a broken jaw, and dropped a split decision.

Ali defeated Norton via split decision in an immediate rematch.

On October 30, 1974, Ali faced off against the seemingly invincible knockout artist, George Foreman, in a fight billed as “The Rumble in the Jungle.” Ali was given little chance to defeat the young undefeated giant. The fight was held in Kinsasha, Zaire and Ali employed the now famous Rope-A-Dope to tire Foreman out before stopping him in the eighth round.

Ali went on to successfully defend the heavyweight title against a host of contenders, including the final fights of his trilogies with Frazier (Ali W RTD 14) and Norton (Ali UD). Finally, in 1978, Olympic gold medalist, Leon Spinks, participating in just his eighth pro fight, upset Ali to win the title. However, Ali made history six months later when he defeated Spinks in a rematch to capture the heavyweight crown for a third time.

Far past his prime, Ali had two more fights towards the end of his career which both ended in defeat. In 1980, he was stopped by Larry Holmes, a former sparring partner, and in 1981, he lost a ten round decision to future champ Trevor Berbick.

1960 would be the year Clay would have his first taste of universal fame. He won a spot on the Olympic boxing team and won the light heavyweight Olympic gold medal. People couldn’t stop talking about his speed and fancy footwork in the ring. He returned home a hero and soon after went professional.

With an impressive record of 56 wins and 3 losses, it is impossible to chronicle each of Clay’s matches. However, some of his fights have gone down in history as the biggest boxing matches of all time granting him unprecedented fame. We list some of the historic ones:

Following the 3rd and final loss of his career in 1981, Muhammad Ali called it time and retired at the age of 39. By then, he had already been established as a legendary boxer and as one of the most universally acclaimed celebrities of the 20th century.

While boxing is the true claim to fame for Muhammad Ali, he is known around the world for his social activism and his ability to boldly speak his mind. His refusal to fight the Vietnam War is one such example. It cost him his titles and boxing license but he stuck to his convictions, delivering speeches all over the country, becoming a civil rights and antiwar hero. He was also an outspoken advocate for the rights of the black people using his celebrity status to address the social inequities of society.

Ali’s natural charisma, his sense of humor, and his way with words made him a delightful entertainer outside the ring almost as much as inside the ring. As much as he was a boxer, he is remembered by many for numerous other reasons; social activist, philanthropist, entertainer, and more. He was a man on a mission who not only took the world of boxing by storm but who left a powerful impression on people of all ages and all races coming from all walks of life. This universal appeal is what makes him the forever super-star he is and will continue to be for generations to come.

Many people have found fame and success. However, the superlative degree of success that Ali found is rare and beckons the question of why. Why is Muhammad Ali the success story that he is?

Muhammad Ali was diagnosed with Parkinson’s’ Disease in 1984, three years after his retirement. Even as he struggled with the disease, he continued to fight against the social inequities of society. He also worked to create more awareness for Parkinson’s Disease. He passed away on the 3rd of June 2016 and left behind a legacy the world will always remember in the most glowing terms. His achievements will continue to inspire people from all walks of life for generations to come. 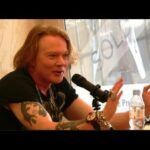 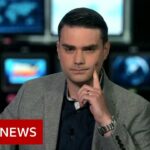