How much is Yoko Ono worth?

Who Is Yoko Ono

Yoko Ono was born on February 18, 1933, in Japan. A twist of fate caused her to become one of the most famous women on the planet, after in 1969, marrying John Lennon.

Yoko is a Japanese artist, singer, and songwriter. John Lennon is of course one of the greatest names in the history of music, and his life and career, with all the ups and downs, experiments, and upheavals, were marked and inspired by his beloved Yoko Ono.

Love her or hate her, Yoko has been called many things. “The woman who broke up the Beatles“, for example.

Yoko Ono is a muse, a “child of the ocean” who was the inspiration for some of the most beautiful songs of the 20th century. But Yoko Ono was, above all, an artist ready to change the world.

At 5pm. on the 8th of December 1980, Lennon autographed a copy of Double Fantasy for fan Mark David Chapman. He was waiting for them at their The Dakota apartment building in Manhattan, New York City. Lennon and Yoko then left the building and went to Record Plant for a recording session. They returned at 10:50pm by limousine and were oblivious to Chapman who lay in wait for their return. When Lennon got out of the limo Chapman shot him at close range, twice in the back and twice in the shoulder. John Lennon died at 11:00pm on 8th of December 1980.

On that day Yoko Ono became the widow of John Lennon and is the mother of his son Sean.

How much did Yoko Ono inherit?

At the time of John Lennon’s death Yoko Ono was married to John Lennon and his Last Will and Testament left almost all of his estate to her. A reported $276 million.

John Lennon had wife and child from a previous marriage. In 1962, John Lennon married Cynthia Powell (Lennon) and a year later in 1963, Julian Lennon was born. Yet they were not named in The Will however a case certainly could be made that they would have been had John’s life not been cut short so unexpectedly. Julian challenged The Will and 16 years later in 1996, he reached an out-of-court settlement with Ono for a reported $20 million dollars (£16.2m).

Yoko Ono experienced her childhood in war-torn Japan. Although wealthy, after the bombing, while her father was in a concentration camp, she and her family were forced to beg for food – Joko says that it was during this period that she developed her aggressive attitude and understanding for outsider status because she and her brothers were ridiculed by friends from the exclusive school because of the new poverty.

She spent her childhood and early youth living on the US-Japan route. Her family moved to New York in 1944, and as early as the following year they returned to Japan where they resided during World War II. In 1951, at the age of 18, Ono moved again to New York where she began studying. However, she soon leaves Sarah Lawrence College to marry her first husband, Toshi Ichiyanagi.

Very quickly, in 1962, Yoko divorced the Japanese composer and began working with film producer and jazz musician Anthony Cox who soon after became her second husband. At that time, she was a member of the avant-garde group Fluxus, inspired by Dadaism.

The 1960s begin with some of the now well-known, and then poorly accepted, and “pre-radical” performances. In 1964, she included visitors in her performance Cut Piece, asking them to cut pieces of her clothing with scissors until they cut off the last piece of her underwear (or until she cut it off herself at any point).

In the 1960s, a phase followed that most people mostly associate with – marriage to John Lennon. They met in 1966 at her exhibition at the Indica Gallery in London. John Lennon was especially interested in the exhibit called Hammer a Nail. Although the show hadn’t started yet, John Lennon wanted to hammer a nail on a clean board, but Yoko wouldn’t let him. Yoko Ono reportedly had not heard of The Beatles, but she agreed on the condition that Lennon pays her five shillings.

Two other exhibits at the exhibition aroused special interest in Yoko at Lennon’s – one was an ordinary apple with a card that said “APPLE” and the price was £200 (in today’s money around £ 2,300), which John found as an extremely confusing joke. Later, when he was a guest on the talk show of Dick Cavett, John Lennon shared his impressions of the exhibition, that he was so touched by the positivity of this exhibit that he had to meet Yoko.

After their meeting, Joko often called Lennon’s house number, which he explained to his wife Cynthia Lennon by saying that “Joko is simply trying to raise money for her avant-garde projects.” In 1968, while Cynthia was on vacation in Greece, Lennon invited Yoko to visit. They recorded the (later completed) album “Two Virgins” all night. In the same year, Yoko became pregnant, but also lost a male baby named John Ono Lennon II.

In March 1969, Yoko and John were married in Gibraltar, and they spent their honeymoon in Amsterdam camping as part of a seven-day Bed-In For Peace campaign.

Together, they participated in many more protests and campaigns, and they also collaborated on music projects, considering that Joko was talented in both music and film. Of course, all the projects Yoko Ono was involved in brought her large sums of money, and her marriage to Lennon gave her enough spotlights for all her artistic endeavors.

Many say that if she had not been married to John Lennon, Yoko Ono would never have achieved the fame she had, which is somewhat true, given the fact that today most people know her only as his wife. Lennon was so fascinated by the controversial Japanese artist that he accepted her every opinion, suggestion, or critique of the songs he created, that many critics blamed her for the poor reception of the last album by the audience.

She was a very hated person because she received condemnations from Beatles fans, including Paul McCartney himself, that she was to blame for the breakup of the Beatles and that Lennon left the band because of her. Certainly, Yoko Ono knew well how to use and cash in on her position she had, even though her art was misunderstood by many, she never gave up on her ideas and thoughts.

She loved to engage in activism and extravagant things, which attracted people’s attention, whether they loved her or not.

Yoko Ono founded several memorial centers in honor of her husband, and still, every year, on December 8, she lights a candle in memory of him. This controversial figure and great artist, who, despite the frequent controversy, continued to fight for her views, has remained known to this day as a great creative mind and a great fighter for peace and tolerance and, although her husband is no longer alive, she remains muse to many. 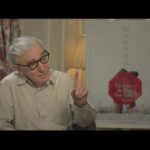 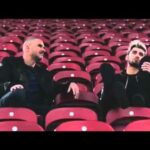