How much is Charlotte McKinney worth?

Who Is Charlotte McKinney

Charlotte Ann McKinney first gained attention as an Instagram personality, eventually achieving wider recognition for her appearance in a Carl’s Jr. commercial which aired regionally during Super Bowl XLIX in 2015. She is an American is an actress and model.

American actress and model Charlotte McKinney has a net worth of $1 million dollars, as of 2021. McKinney started our as an Instagrammer sharing her photos on the social site. Later she became far more famous when she appeared in a Carl’s Jr. commercial which aired regionally during Super Bowl XLIX in 2015.

How did Charlotte McKinney earn her worth?

Charlotte McKinney is most well known for her appearance in the 2015 Super Bowl commercial for, Carl’s Jr.. She is also well known on Instagram where she has 1.5 million followers as of 2021. McKinney dropped out of school at 17 to follow her dreams but was not able to get signed on by any modeling agency. So she went on Instagram and became famous and was written up by Esquire magazine. She went on to model for brands like Guess and eventually signed to Wilhelmina Models of New York.

Early on in her career she became one of the ambassadors for the brand Guess, and appeared in many of their advertisements. She is a known beauty in the modelling world often being compared to Sports Illustrated superstar, Kate Upton.

Charlotte McKinney came from almost nowhere in 2014 yet caught on quickly and became booked by many clients for photoshoots. In 2015 she appeared on the TV show Dancing with the Stars.

McKinney appeared as Missy in the 2015 film Joe Dirt 2: Beautiful Loser. In 2017, she appeared in the film adaptation of Baywatch and the remake of Flatliners.

In 2020, she appeared in the horror movie Fantasy Island, and the television sitcom, Ubreakable Jimmy Schmidt. 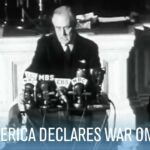 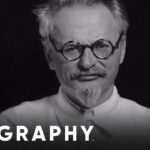