How much is Wendy Williams worth?

Who Is Wendy Williams

Born Wendy Joan Williamson in 1964, Wendy Williams was born in Asbury Park, N.J., and grew up in Ocean Township, N.J. The middle child of three, Williams’ goal of being a media personality began in college, at Northeastern University in Boston, Mass.

Between classes – Williams studied communications – the future talk show host was a deejay for college radio station WRBB. That led to an internship at WXKS in Boston, better known as Kiss FM. After graduation in 1986, Williams kept on deejaying, joining WVIS in the U.S. Virgin Islands (not a bad gig) and then moving back to the mainland to spin oldies on WOLD in Washington, D.C.

American television host, businesswoman, media personality and author Wendy Williams has a net worth of $50 million dollars, as of 2021; with a salary of $15 million per year. She’s known as the host of talk show, ‘The Wendy Williams Show’. She used to be a radio DJ in New York, known as a “shock jockette”.

Eventually, she turned up at Kiss FM in New York City. She was just a part-time fill-in deejay, but that wouldn’t last for long. After a promotion to full-time, Williams found her niche as a woman who could talk about African-American issues while simultaneously dishing about the celebrities she’s met. In less than five years, Williams went from part-timer to winning the Billboard Award for Best On-Air Personality.

Her show lasted for five years before she was let go for allegedly fighting with a co-worker. Williams claims the fight was just a convenient way for the powers-that-be at Kiss FM to send her on her way.

After a short stint in Philadelphia, Williams returned to New York and joined Kiss FM’s rival station, WUSL. There, the show was quickly picked up in syndication, and Williams was heard from coast-to-coast.

During her height as a radio show host – the female equivalent of Howard Stern, many say – Williams was approached to pitched an idea to launch her own talk show. The show was famously test-run during summer 2008 in several markets where Fox owns and operates television stations. It was a success, and in 2009, The Wendy Williams Show hit the airwaves. Today it is syndicated across the country and on cable network BET.

Williams already had some TV work under her belt. For one short season, Williams was the star of The Wendy Williams Experience on VH1 in 2006 and 2007. The show was little more than a pair of cameras taping the antics of her WBLS radio program, but it helped prove Williams’ screen presence. It also helped introduce and establish Williams with a national audience she wasn’t reaching with her syndicated talk show.

With The Wendy Williams Show, Williams has kept to her brand of guilty pleasure and celebrity gossip, forged so well with her radio show audience. So much so, that Williams has created some rifts between fellow TV personalities and celebrities.

At the top is possibly Sean “P Diddy” Combs, who Williams accused of trying to orchestrate her departure from New York City radio back in the early 1990s. Several hip-hop and R&B singers have accused Williams of tacky behavior, usually by gossiping about their private and personal lives. Many, including late rapper Tupac Shakur, retaliated by placing Williams into the lyrics of their songs – usually in some insulting or derogatory way.

The Wendy Williams Show didn’t start like a lot of talk shows do. Today, minor celebrities like Anderson Cooper and Jeff Probst need only blink and they find themselves with a contract and a premiere date.

But host Wendy Williams had to prove herself before she would be allowed to captain a nationally syndicated daytime talk show. Williams, born Wendy Joan Williamson in New Jersey in 1964, was asked to do a test run during the summer of 2008 on a select number of FOX-owned local stations in key markets in the United States, including New York, Los Angeles and Detroit.

Williams wasn’t new to television. Though she didn’t technically host The Wendy Williams Experience on VH1 in the mid- to late-2000s, she was the host of the radio show VH1 was taping and broadcasting. (Having a camera “eavesdrop” on you and having a relationship with the camera are two different things.) And as a radio host, she was a red-hot success, quickly earning the made-up title “Queen of All Media” – a play off Howard Stern’s “King of All

Media” and a tribute to the similarities between the two shock jocks.

But still, she had to prove she could captain a daytime talk show. So, without complaint, she spent the summer of 2008 hosting a handful of test episodes.

The show was a success. Moderately so, but big enough to make syndicators feel comfortable enough to go national with The Wendy Williams Show. And so, in July 2009, a year after debuting in a handful of markets to a tiny audience, Wendy Williams said hello to the nation.

Today the show is syndicated to 95 percent of the nation and shows on the Fox Network. It also unspools on BET, where it was picked up in 2009.

Early viewers were treated to an eccentric Williams, who would seemingly stumble about the studio and talk randomly about whatever was on her mind. Today, after a couple practice years, Williams is much more honed in her approach – though those moments of silliness and randomness still show up from time to time. Some think this is what defines the show and separates it from similar programs.

This is most apparent during Williams’ opening “Hot Topics” segment, during which she gossips and gushes about tabloid headlines and celebrities in the news. Here she’ll speak openly and at length about various individuals and their troubles, offering advice and heated opinion. She might also show videos she finds cute or talk about health issues she finds interesting and pertinent.

The most noticeable change in Williams’ show occurred during the first and second season. During the hiatus between the seasons, the show upgraded its set. It moved from a vibrant and jazzy landscape covered in pink, purple and leopard prints, to something a bit more subdued. Though still bright and still bubbly, it became noticeably more serious.

The change was confirmed by Williams during a local New York news show. Williams told the reporter she “wanted (the set) to look like a moved out of an apartment, a fun apartment, and moved into a home where I have real responsibilities.”

Since then, the show as become a daytime staple and is slowly becoming a respected member of the daytime talk show community. Which is just another way to say The Wendy Williams Show has become a real ratings contender. 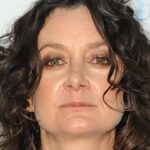 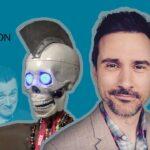