How much is Howard Stern worth?

Howard Allan Stern is one of the most recognizable media personalities of all time. Notorious for his unorthodox hosting style, Stern has been in the business for a little more than three decades, where he had anchored a nationally organized program on live radio from 1986 to 2005. Due to his eagerness to help promote satellite radio, he moved The Howard Stern Show to Sirius XM Radio in 2006. Today, with a salary of around $90 million dollars per year, Stern is definitely the highest paid radio host of all time.

American radio and television personality, comedian, and author Howard Stern has an estimated net worth of $865 million dollars, as of 2023. In 2004, Stern became one of the highest-paid in radio after signing a five-year deal with Sirius worth $500 million.

Stern’s first radio gig came while attending Boston University, where he developed his in-your-face on-air personality. He worked the morning time slot in which he kept his listeners at the edge of their seats as they commuted to work. He jumped from station to station, landing jobs in networks from New York to Connecticut, Michigan, and Washington, until he went back to the Big Apple to begin a 20-year career run at WXRK. His morning show gained a rabid following, and by 1986, he was being broadcast on 60 markets, and attracting 20 million listeners during its peak.

Howard won several accolades including Billboard’s “Nationally Syndicated Air Personality of the Year” for an unprecedented eight consecutive times and is the first radio jock to ever host a number one show in both New York and Los Angeles simultaneously.

Although he carries the recognition as the most fined radio host ($2.5 million in fines) for his program’s content, Stern describes himself as the “King of All Media”. Through his parents’ encouragement, Howard was a rigid practitioner of Transcendental Meditation, to which he credits helping him quit smoking, overcome his obsessive-compulsive disorder, relieve his mother of depression, and guide him to achieving massive success in his career.

Howard Stern has earned over $1 billion dollars from his association with Sirius. He also earned around $250 million from his previous radio work when including his other paid activities. In total, Stern has earned estimated total career income of $1.2 billion dollars. Of that amount, around $100 million is expected to have been paid in business related costs. The remainder, $1.1 billion, will have been taxed at a rate of around 45% as Howard Stern has been residing mostly in the state of New York. After tax, it is estimated that his career earnings are at around $605 million dollars, having paid $495 million dollars in taxes.

Howard Stern married Alison Berns in 1978 and they divorced twenty-three years later, in 2001. They had three children together, Emily Beth, Deborah Jennifer and Ashley Jade Stern. As part of a settlement agreement it is estimated that Howard has paid Alison around $25 million. Howard later married Beth Ostrosky Stern in 2008 and they remain together.

Howard Stern’s tongue-in-cheek approach slowly but constantly gained popularity as he bounced from one job to the next, taking with him a one-of-a-kind radio personality that nobody has encountered before. His programs keep challenging the boundaries of media regulation, developing into feuds with both his radio station and the censorship bosses over time. 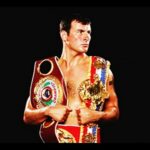 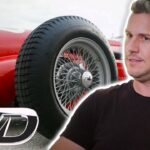