It’s no big secret that The Weeknd is one of the sexiest rap stars in the game. His albums are full of bedroom jams and sultry lyrics meant to get you in the mood. While some songs really make you think, The Weeknd doesn’t beat around the bush: he’s interested in sex, drugs, and not much else. Abel Tesfaye‘s seductive vibe even bagged him Selena Gomez, a sexy songstress in her own right. Read on for some of his most ~ scandalous ~ lines that are sure to make you blush.

1. “Eating all day, tryna lose weight / That good sex, we’ll sweat it out / Hotel bed springs, we’ll wear it out”

Trying to shed the pounds but just can’t stop eating? Try Abel’s fav method for sweating off the weight – getting it on so long you need a new bed when you’re done. That’s definitely a full body workout.

Song: “Shameless” from Beauty Behind the Madness

There is one universal truth of womanhood: no straight girl can resist a bad boy. Despite the efforts of the girl The Weeknd sings about in “Shameless,” it seems like she still ends up begging him to come over after trying to resist the urge. Sometimes you need a good, stable guy — and sometimes you need all the sexiness of a boy you know is no good but you can’t seem to stay away from. The Weeknd is totally taking advantage of those bad boy cravings here.

If you’re going to team up The Weeknd and Lana Del Rey, there is no way you won’t get one of the sexiest songs EVER. In “Lust for Life,” Abel’s fairly straight-up about his intentions, asking Lana to take off her clothes so they can keep having fun. What’s sexier than a man who knows what he wants?

Song: “Belong to the World” from Kissland

There is a unique sexiness to a man who can show his emotions. In “Belong to the World,” The Weeknd isn’t afraid to admit that the girl he’s singing about brought out new emotions in him when no one else could. He’s not only admitting that he’s ~sensitive~ but also emphasising how special this girl is for making him feel all the new feels.

5. “I only call you when it’s half past five/ The only time that I’ll be by your side / I only love it when you touch me, not feel me”

Song: “The Hills” from Beauty Behind the Madness

It’s no shock that one of The Weeknd’s sexiest songs would come from the soundtrack of a movie all about crazy sex. His contribution to the Fifty Shades of Grey soundtrack is a smooth, R&B; ode to a the women who’ve earned his good lovin’, and the sexiness of spontaneity. What’s sexier than unexpected, passionate sex? Not much.

Song: “Love in the Sky” from Kissland

In a sea of selfish lovers, The Weeknd just wants you to come two or three times in a row, girl. I mean…

The Weeknd is no stranger to singing about casual relationships. “Rockin'” takes the cake, though, as an anthem about chillin’ with someone else and just having fun. There’s nothing wrong with taking it easy and just rockin’ with someone. Who needs to be so serious all the time?

Song: “The Party & The After Party” from House of Balloons

A progressive attitude towards women and their sexuality can be a mighty sexy thing in this day and age and Abel’s proving himself to be a f*ckin’ feminist.

10.“And if in the moment you bite your lip / When I get you moaning you know it’s real / Can you feel the pressure between your hips / I’ll make it feel like the first time.”

Song: “Love Me Harder” by Ariana Grande ft. The Weeknd from My Everything

One of The Weeknd’s sexiest lyrics isn’t even on his own song but on a feature for Ariana Grande. The two pop superstars collaborated on one of the most seductive songs to be on the radio in years. Grande challenges her man to give her more passionate sex or she’s going to leave him, and The Weeknd seems more than up for the challenge. While making it “feel like the first time” doesn’t sound remotely sexy, he’s willing to give her all he’s got and THAT is very alluring.

Is it getting hot in here, or is it just me? These lyrics are straightforward seduction and I am here for it.

12. “Star Trek roof on that Wraith of Khan / Girls get loose when they hear this song”

The Weeknds confidence borders on cockiness in this song where he owns the fact that his songs are panty-droppers — even when he makes nerdy Star Trek references. Now that’s a feat. The “Wraith of Khan” line has a clever double meaning, though, referring to the luxurious Rolls-Royce Wraith. What girl doesn’t want a man who can be a bit of a geek AND take you for a ride in his luxury whip?

Sick rhymes describing some hot scenarios? Let’s just say this one leaves you ~curious~ about what the “Starboy” can do.

14. “I got you on the floor / Doing things you never thought you’d do / Baby leave them high heel shoes / ‘Cause I love it when you’re lookin’ down at me / I’m lookin’ up at you / And I don’t give a damn shorty, watch me knock them boots off”

Song: “What You Need” from House of Balloons

Babygirl may be towering over him in her heels but that doesn’t matter to The Weeknd. He’s got a girl who is down to do new things and they’re going to be knocking boots all night no matter what kind of shoes she’s wearing.

Song: “XO The Host” from Echoes of Silence

Videotaping your sexcapades might not be for everyone but Abel just got a new camera and he would sure like to try it out. There’s a special kind of excitement behind filming, and then watching, a night of passion.

Song: “I Feel it Coming” from Starboy

The Weeknd is truly both sides of the same coin. Sometimes he just wants something casual with no strings (or names) attached. And sometimes he wants slow, romantic sex with a woman scorned by love that he’s trying to make believe in romance again. Don’t let him fool you — The Weeknd has a deep, sensitive side underneath all the sex and drug talk. At the end of the day it’s hard to find a sexier attribute than someone caring deeply for you and Selena Gomez is a lucky lady. 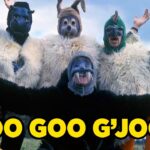 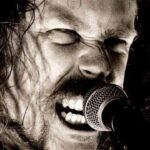