How much is The Weeknd worth?

Who Is The Weeknd

The Weeknd is the stage name of Abel Tesfaye, a Canadian record producer, singer, and songwriter. He began his music career in 2010 by uploading songs on the video-sharing platform YouTube. Soon, he released his first studio projects – the mixtapes “House of Balloons”, “Echoes of Silence”, and “Thursday”. The mixtapes helped the singer gain worldwide recognition.

After signing with Republic Records, the artist released his first studio album “Kiss Land” in 2013. The album became one of the best albums of the year and earned The Weeknd both money and success. Throughout the rest of the 2010s, The Weeknd became one of the most beloved R&B artists. He has released four studio albums and won hundreds of awards including Grammy, American Music, Billboard Music, and Juno Awards.

How Did The Weeknd Get So Rich?

Abel became rich after he began producing his own projects. In 2010, he met the producer Jeremy Roe who helped him learn more about the dark R&B style of music. In no time, the two created several songs such as “What You Need”, “The Morning”, and “Loft Music”. The three songs were uploaded on the artist’s YouTube channel in December 2010.

Besides earning millions of fans online, The Weeknd became both rich and successful shortly after he released his debut mixtape – “House of Balloons”. It was met with critical acclaim and earned the singer’s first nomination for a prestigious award – Polaris Music Prize. To further promote his songs and first mixtape, he was offered to take part in different tours including OVO Fest. Towards the end of 2011, The Weeknd continued his momentum and released two more mixtapes – “Thursday” and “Echoes of Silence”.

Throughout 2012, The Weeknd embarked on his first national tour. The tour began with a performance at the massive Coachella Festival in April and culminated in highly-praised shows in New York later that year. In September, he signed a recording deal with the popular label Republic Records while also forming his own imprint tilted “XO”. That same year, he also released his compilation album “Trilogy” which includes remastered and remixed versions of the songs from his first three mixtapes, as well as some unreleased songs. In just one week, the compilation album sold more than 86,000 copies and was after certified platinum by the RIAA.

What made The Weeknd famous was his dark style of R&B as well as the mysteriousness of his identity. Abel Tesfaye was born on February 16, 1990, in Toronto, Canada. His parents were Ethiopian immigrants that moved to Canada in the late 1980s, just before Abel was born. In the early 1990s, Abel’s parents split so he was raised primarily by his mother and grandmother. The artist often described his teenage years as some of the characters from the 1995 film “Kids”.

During his teen years, the artist spent most of his time shoplifting various drugs such as Xanax, cocaine, ecstasy, ketamine, and psilocybin. He attended the West Hill Collegiate Institute, however, he did not graduate. Around the same time that he dropped out of school, Abel found his nickname “The Weeknd”, which he would go on to use as his stage name later on. In several interviews, the artist confirmed multiple times that the name comes after he left school one weekend and never came home afterward.

The main reason why The Weeknd is so successful is his very well-received albums and singles. It began with his debut studio album called “Kiss Land”, released in 2013. Around that time, the singer began collaborating with very popular artists such as Beyonce, Drake, Sia, and Justin Timberlake, which further boosted his popularity and success.

His second album as “Beauty Behind the Madness”, which was released in 2015. It earned more than 412,00 album-equivalent units and topped multiple music charts including the Billboard 200. It earned him his first Grammy Award in the category “Best Urban Contemporary Album”. Following the release of the album, The Weeknd embarked on his first large-scale tour named “The Madness Fall Tour”.

In November 2016, he released his third album “Starboy”. The album debuted at number one on the Billboard 200 and included 18 songs including “Starboy”, “Party Monster”, “False Alarm”, and “Reminder”, all of which topped multiple international music charts. Thanks to his project, for the second year in a row, The Weeknd would go on to win a Grammy Award for “Best Urban Contemporary Album”.

After he didn’t release a studio project in almost 3 years, the artist released his fourth album titled “After Hours”. The album was released in February 2020 and it was just as successful as the other three, immediately topping different music charts including the Billboard 200. The project sold almost 450,000 album-equivalent units in just one week after its release, becoming the artist’s first album to achieve this.

One of the things that make The Weeknd so successful is that he is so much more than a singer. The talented artist has collaborated with multiple companies for various causes. His first collaborations were with the condom-producing company ONE and Pax Labs (for the creation of customized vaporizers). Among some of the collaborations that helped The Weeknd were with fashion brands Alexander Wang, H&M, Puma, Futura, and Kidult. He most recently bought ownership in the esports company OverActive Media Group and became a global ambassador to the Toronto Defiant.

The Weeknd quickly became one of the most beloved artists all over the world. Thanks to his charisma, unique personality, and exciting R&B style, the singer has gathered millions of fans worldwide. Because of his talent, The Weeknd has also won and been nominated for hundreds of prestigious awards.

Among some of his many achievements are two American, three Grammy, and nine Billboard Music Awards. As of 2021, The Weeknd also holds two records – one for his album “Beauty Behind the Madness” (which became the most streamed album on Spotify in 2015) and one for himself (for appearing 45 weeks in the Top 10 of the Billboard Hot 100 chart). 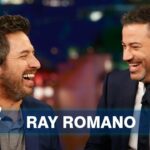 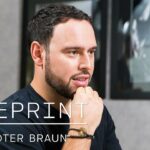