We’ll admit that on several occasions, we’ve fallen into the trap of assuming that a stellar cast will automatically lead to an equally stellar film. It made perfect sense, because why else would a filmmaker bring together the most talented A-Listers, right? But to our dismay, a lot of these projects have fallen drastically short, proving that good casting and a film’s quality really can be mutually exclusive. And you want to know the most annoying part? It feels like producers have made a practice out of using the most famous names as a cover-up for their dull, cheesy, and often predictable storylines.

To be clear, we’re not saying that all well-casted films have fallen into this pattern (I mean hello, have you seen Black Panther??). But to put high-profile actors in lackluster films, then present them as successful movies that will resonate with viewers is ridiculous. Surprisingly, some of these films still received critical acclaim and did well at the box office, but others turned out to be major flops because they simply didn’t live up to the hype. Check out which star-studded films were huge let-downs:

This film may have a laundry-list of famous names attached to it, but that’s pretty much the only remarkable thing about it. Yes, you get a few chuckles here and there and it’s exciting to see so many famous faces at once. But it feels more like a messy collage of random, short scenes and storylines that hardly interconnect. And since there’s barely enough screen-time for the characters, most of them come off as shallow and one-dimensional. It’s no wonder why this film only scored 18 percent on Rotten Tomatoes.

Rather than sticking to the book it was based on (which details the history of the Momuments Men trying to track down and return art treasures that were stolen by Nazis), George Clooney, who directed the film, tried to turn it into a mainstream blockbuster hit – and it didn’t turn out so well.

In her review, Brooke Corso said: “This is a movie that never quite realized what it was supposed to be doing. Its humorous scenes almost seemed guilty, as if they should have been more serious. The more intense scenes were either cut off too early, poorly placed in the plot structure or weakened in tone by the narration. Such indecision of tone, irregular pacing and uneven chemistry detracted from the very focus of the story: the art itself.”

In short, this movie is all fluff with no substance. Rotten Tomatoes‘ Critics Consensus reads: “Though it’s stylish and features a talented cast, Gangster Squad suffers from lackluster writing, underdeveloped characters, and an excessive amount of violence.” We couldn’t agree more, especially since some of the dialogue was downright painful to watch. And the saddest part is that this film had so much potential.

To put it mildly, the film is a hot mess. The acting is mediocre, the characters are kind of shallow, the love story is unbearably corny, and the musical numbers were sometimes awkward to watch. And of course, let’s not forget the weird casting of Tom Cruise (Tom Cruise, of all people!) to portray a famous rock musician. Some might say that the soundtrack makes up for these shortcomings, but to be honest, if this weren’t a musical, we’re not sure anyone would’ve had the incentive to watch this in the first place.

The first movie wasn’t wildly successful, but compared to its sequel, we might as well say that it was one of the best movies ever made. The second film was a total flop. While it was packed with action and explosions, the quality of it overall was just… bad. The acting was so-so, the dialogue was poor, and we quickly grew tired of Machete’s character because it felt played out. In the words of movie critic James Berardinelli, the movie “plays like a joke that’s been told a few times too often.” Not quite rave reviews.

Yes, it’s kind of silly, and yes, some parts are hilarious. But compared to Ocean’s Eleven, it was just lazy and unimpressive. Movie critic David Ansen said: “Unfortunately, there’s so much going on in Steven Soderbergh’s sequel… that everyone gets short shrift. Ocean’s Twelve is busier, messier and thinner than its predecessor, and while it looks like the cast is having a blast and a half, the studied hipness can get so pleased with itself it borders on the smug.” Hopefully the same won’t be said for Ocean’s Eight… because that’s an all-start female cast that we can’t WAIT to see!

This retelling of U.S. Senator Robert F. Kennedy’s assassination was so disappointing and dull. Which is pretty sad, because the tragic story could’ve been a massive hit. It’s good that Emilio Estevez tried to portray how much of an impact this tragedy had on everyone, but in doing so, he created a mediocre drama that constantly repeated details the audience already knew. Rotten Tomatoes‘ Critics Consensus reads: “Despite best intentions from director Emilio Estevez and his ensemble cast, they succumb to a script filled with pointless subplots and awkward moments working too hard to parallel contemporary times.”

They say that everything is not what it seems, and this movie is the perfect example of that. Four Academy Award-winning actors starred in this film, which happens to be rated at just eight percent on Rotten Tomatoes. Considering the flat humor and flimsy plot, we just can’t fathom why producers would waste all that talent on such a bad film. Critic Trevor Johnston said: “It’s not the sheer predictability of the ensuing frolics that’s hardest to take, or even the dismal attempts at humor (cunnilingus, stiffies, hand-jobs: really?), but the sheer misery of watching actors you once respected demean themselves in such utterly worthless fodder.” Harsh!

The movie’s filled with gross and immature jokes that seem more fitting for a 10-year-old. And not to mention, it received a ton of backlash from Hindu groups because of its offensive portrayal of their religion and culture.

Connie Ogle mentioned in her review: “Everybody who pays to see this mess deserves a great big ‘I’m sorry.’ The Love Guru is insulting to anyone with a healthy sense of humor and the simple desire to laugh.”

We might have been impressed with this in high school, back when we had to watch clips of it for history class. But in retrospect, there wasn’t much focus on the events that happened. The historical film was turned into a cheesy romance, and it didn’t help that the dialogue was bad or that the characters were far from relatable. Movie critic David Germain said: “For all the 118 actors listed, the movie offers almost no sense of authentic humanity. The faces the filmmakers plaster on their characters are as flat and stereotyped as those on war-recruitment posters.”

FOUR PERCENT. That’s the film’s current rating on Rotten Tomatoes. And at this point, we’re starting to think that the number of A-Listers involved in a film is indirectly proportional to the quality of it. From the messy editing to the awful jokes, words cannot explain how much of a disaster this movie is. Ben Sachs said: “Despite all the gross-out humor, the most offensive thing about this is the lazy filmmaking; every shot feels like a first take, and the haphazard editing precludes any comic timing. The cast is full of stars, a few of whom manage to eke some laughs out of the desperate material…everyone else looks as if he’s sleepwalking.”

This was meant to be a comedy, but the weird thing is that this movie is far from funny and quite forgettable, even though it includes some of the funniest actors. The jokes are not just flat, but some of them are so disgusting and offensive. Rotten Tomatoes‘ Critics Consensus says: “Year One is a poorly executed, slapdash comedy in which the talent both in front of and behind the camera never seem to be on the same page.” Couldn’t agree more.

We’ll admit that the concept for the film was interesting. A man who becomes disfigured and struggles to differentiate between his dreams and reality? That definitely sounds like it’s worth a watch. But we’re not gonna lie, this wasn’t Tom Cruise‘s best performance, and it was really hard to tolerate his self-absorbed character. This could’ve been a thrilling and thought-provoking film, but what we got instead was a depressing romantic drama.

Awkward, messy, overwhelming, and extremely predictable are just a few words that come to mind when we think of this movie. As we’ve seen with so many other films with ensemble casts, a lot is packed into a short span of time, the characters have no depth, and they have little to no chemistry with each other. It’s movies like this that put all rom-coms to shame. There’s also the whole white-washing thing that was seriously disappointing.

This is one of the saddest cases of a book-adaptation gone wrong because while the book did fairly well, the film version was met with tons of negative responses – and for good reason. Acording to movie critic Sheila O’Malley, “the film version of Winter’s Tale probably won’t please anyone: neither fans of the book nor those who have never read it. It lacks visual splendor (except for one or two scenes). It lacks emotional depth. It lacks scope and magic.” With a 13% score on Rotten Tomatoes, there’s no question that this was a massive failure – it made millions less than half of its budget back in the box office…

This movie got several positive reviews, so you’re probably wondering why it made the list. In short, while it did have its hilarious moments, it was tough to connect with the characters. It also seemed like more emphasis was put on the film’s aesthetics, rather than the complexity or relatability of the characters. In his review of the film, writer Kyle Smith explained: “American Hustle is a movie that was built backward, or inside out: It puts actors’ needs before the audience’s. There’s no heart under those polyester lapels, and what all that Aqua Net is pasting together is a few sparse strands of wispy story.” 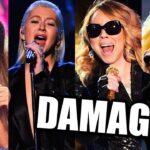 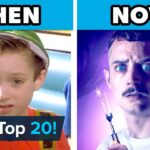