How much is Sheryl Crow worth?

“I think war is based in greed and there are huge karmic retributions that will follow. I think war is never the answer to solving any problems. The best way to solve problems is to not have enemies.” — Sheryl Crow

Who Is Sheryl Crow

Sheryl Crow was born into a musical family. Her father performed as a trumpet player, and her mother performed as a singer. Her mother also played piano and insisted all of her children learn to play piano at an early age. Crow wrote her first song at age 13 and majored in music at the University of Missouri. After teaching music to autistic children for a few years, she decided to pursue a career in the music industry.

American musician, singer, songwriter, and actress Sheryl Crow has a net worth of $75 million dollars, as of 2021. She’s known for combining elements of pop, rock, country, jazz, and blues.

In 1986 Sheryl Crow moved to Los Angeles and began work singing on commercial singles. She scored a spot as a backup singer on Michael Jackson‘s Bad tour. Although she was often featured as the female duet partner with Jackson on “I Can’t Stop Loving You,” she also told stories of being forced to change her name and being instructed to only make eye contact with Michael Jackson while performing. After 2 years of touring, Sheryl Crow set out on her own again.

Sheryl Crow began looking for a recording contract and was disappointed that record labels only wanted her to perform dance-pop. After a bout with depression and more session work as a backup singer, she connected with producer Hugh Padgham in 1991. The result was a slick, pop-oriented album that disappointed Crow. The project was shelved and Sheryl Crow descended into a more severe period of depression lasting over a year.

With the help of her boyfriend, engineer Kevin Gilbert, Sheryl Crow connected with a group of music industry professionals who referred to themselves as the ‘Tuesday Night Music Club,’ because of their weekly get togethers to socialize and try out musical ideas. The group decided to focus on putting together Crow’s first album, also titled Tuesday Night Music Club, released in 1993 by A&M; Records. After initial failure to sell well, the single “All I Wanna Do” took off as a hit in 1994.

With the success of “All I Wanna Do” and the subsequent sales of her album, Sheryl Crow became a star and took home 3 Grammy Awards including Record of the Year and Best New Artist. Unfortunately she was soon embroiled in controversy. She casually claimed that the song “Leaving Las Vegas” was autobiographical on Late Night With David Letterman, when in fact it was mostly written by ‘Tuesday Night Music Club’ member David Baerwald and based on the book Leaving Las Vegas.

The controversy over “Leaving Las Vegas” ultimately led to the severing of ties with many members of the original ‘Tuesday Night Music Club.’ Smarting from the fallout, Sheryl Crow decided to self-produce her second album. With the assistance of Mitchell Froom and Tchad Blake, she created a powerful work. The album, titled Sheryl Crow and released in 1996 included the major hits “Every Day Is a Winding Road,” “If It Makes You Happy,” and “A Change Would Do You Good.”

‘The Globe Sessions’ and ‘C’mon C’mon’

With the success of her second album, Sheryl Crow became recognized as one of the top female pop-rock singer-songwriters. Her third album, The Globe Sessions, released in 1998, was another hit and included the song “My Favorite Mistake.”

There was a lengthy gap before Sheryl Crow’s next album appeared. She was afflicted by writer’s block, but during that time she produced multiple tracks for Stevie Nicks‘ successful 2001 album Trouble In Shangri-La and had a hit with rumored boyfriend Kid Rock titled “Picture.” C’mon C’mon, the fourth album, finally appeared in 2002 and included the hit single “Soak Up the Sun.”

Sheryl Crow’s sixth studio album Detours appeared in February 2008. It marked a return to working with Bill Bottrell, producer of her breakthrough album Tuesday Night Music Club. The collection of songs was recorded at Sheryl Crow’s Nashville farm and had strong elements of folk-rock along with political content throughout the album. Detours debuted at #2 on the album chart and received a Best Pop Vocal Album Grammy Award nomination.

Sheryl Crow turned to the legacy of Memphis soul for inspiration on her seventh studio album 100 Miles From Memphis released in July 2010. It includes the single “Summer Day.”

On her seventh studio album, Sheryl Crow pulls out all the stops, boldly going in a direction so many pop artists seem timid about pursuing: songs that blatantly address the times in which we live, indistinguishing the gulf between the personal and the political.

Sheryl Crow may be best known for writing catchy pop tunes that call to mind something vaguely rootsy, but her latest album is decidedly folkier, which, it turns out, is a very strong direction for her. The whole thing kicks off with “God Bless This Mess,” a heartfelt remembrance of the events leading up to the Iraq War, and all that’s come since. She sings with a cracking voice about soldiers coming home riddled with Post-Traumatic Stress, capping each verse with the refrain repetition of “God bless this mess.”

Then, in contrast, comes “Shine Over Babylon,” the album’s first single. Here, Crow’s voice echoes out with much more fierce determination. It’s the most Dylanesque moment on the album, as she tries to fit everything into one moment of overwhelming revelation. From “great highways” to the “waning sun,” “mindless filler” and “the bloated bank account.”

Sheryl Crowcourtesy Special Ops MediaThere are a fair share of catchy pop choruses here, as well. The second single, “Love is Free,” has a positively infectious rhythm and chorus, albeit hugely topical lyrics that pay tribute to New Orleans. “Gasoline” (Download MP3) paints the picture of a future when we don’t have to pay for gas that pollutes the planet, but the hook, “gasoline will be free,” is plenty radio friendly.

“Out of Our Heads” (Download MP3) is one of the strongest tracks on the disc. It’s a fierce, powerful sing-along protest song with wordy, provocative verses and brief, unforgettable choruses. Crow seems to have tapped into that rare mystical place where the political is personal, the disgrace gives way to celebration and community. It’s a sharp moment, and one of the brightest among so many bright moments.

There are also several non-topical personal songs, like “Now That You’re Gone,” “Lullaby For Wyatt,” “Drunk With the Thought of You.” Although there’s such a strong political and topical bent to the disc, these more personal songs hardly stick out as inappropriate filler. They’re hugely personal, like the scathing “Diamond Ring.” “Diamond ring,” she sings, “f***s up everything / Diamond ring should not mean a thing.” Despite the intense personal nature of these songs, they’re moving, well-arranged tunes peppered with subtle details that serve only to elevate them to a place where personal struggles give way to an ability to better see the world.

This is most clear on the title track. It’s written in the form of a letter to her mother, and it ties the disc together nicely. Its theme, like that of the rest of the disc, shows the converging paths that come from so many that diverge. Specifically—interconnectivity, the sameness between intimate love and love for the world. It’s Crow’s greatest asset on this disc, the thing that makes it one of the best crafted discs so far this year. 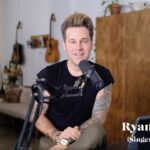 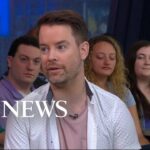