How much is LeAnn Rimes worth?

The country singer shot to mainstream fame in 1997 with her hit single ‘How Do I Live’ but she became infamous in 2009 when she was caught cheating on her husband with her Northern Lights co-star Eddie Cibrian.

Who Is LeAnn Rimes

She started singing almost as soon as she could talk and this Southern belle has been dazzling us with her liquid voice ever since. Her music hasn’t achieved quite the level of mainstream success it did in the ‘90s, but the sweet country music crooner made front-page news when she sullied her girl next door image with a torrid affair.

American singer LeAnn Rimes has a net worth of $10 million dollars, as of 2021.

When LeAnn was only seven years old, she had her first onstage performance in a musical production of A Christmas Carol. She wowed the audience, convincing herself to pursue a career in the industry. LeAnn went on to land a spot on the TV reality competition show Star Search. When the budding country songster was only nine, she was invited to sing ‘The Star Spangled Banner’ at a Dallas Cowboys football game.

With a national TV appearance and a coveted spot in stadium tradition under her belt, LeAnn recorded her first album at an independent label titled All That, which included her signature song ‘Blue.’ At only 11 years old, LeAnn’s debut album caught the ears of Curb Records and in 1996 she released her first album under the label. The following year, LeAnn released the hit single ‘How Do I Live.’ It landed a number one spot on the charts and stayed there for 69 weeks straight—a record.

In an attempt to get her hand in the acting jar, in 1997 LeAnn starred in the TV movie Holiday in Your Heart—the screenplay was based on a book that she helped write. That same year, at only 15, LeAnn raked in the awards landing one American Music Award, two Grammys, three Academy of Country Music Awards and four BillboardMusic Awards for her album You Light Up My Life: Inspirational Songs. Still not old enough to drive, LeAnn had a mantle full of proven success. Two years later, in 1999, LeAnn released an eponymous album that was a compilation of country covers including hits like ‘Born to Lose’ and ‘I Fall to Pieces.’

In 2000, LeAnn gave acting a second go (although playing herself wouldn’t prove to be too much of a stretch) in Coyote Ugly. In the coming of age flick about an aspiring songwriter trying to make it in the big city, LeAnn made a cameo as the singer who picks up one of the struggling artists songs ‘Can’t Fight the Moonlight.’

But the following year brought more bad than LeAnn was expecting. On May 21, 2001, LeAnn filed a lawsuit against her father, who was serving as her manager, for siphoning more than $7 million from the singer through extravagant fees and other loopholes. The proceedings went on for two years before the father-daughter duo reached an undisclosed settlement. But amid the family drama came a new love with backup dancer, Dean Sheremet. LeAnn and Dean dated for two years before they married in 2002.

An Affair To Remember

But her wedded bliss wasn’t meant to last. In 2009, after seven years of marriage, LeAnn was spotted getting cozy with her Northern Lights co-star Eddie Cibrian. The duo vehemently denied the rumors, but soon after, she and hubby Dean filed for divorce and she and Cibrian debuted their dubious love to the public.

The highly publicized affair was the source of much disapproval among industry gents and fans alike. And LeAnn was not the only one who dissolved a marriage to pursue another; Eddie also left his wife and two children for a relationship with LeAnn. But Hollywood rumors and drama aside, LeAnn is going back to her country roots in her music and enjoying her newfound life shacking up with, now fiance, Eddie and his kids. 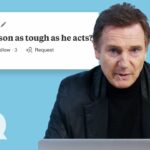 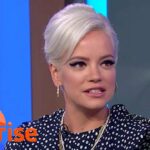