How much is Kid Rock worth?

Kid Rock is the stage name of Robert James Ritchie. He’s a popular American musician, rapper, record producer, singer, and songwriter who began his music career in 1988. Throughout his 30+ years long career, this multi-talented instrumentalist has released projects in various genres, starting from country, hip hop, nu-metal, rap-rock, and rock. He became popular shortly after his career started, in the early 1990s thanks to his debut studio album Grits Sandwiches for Breakfast. At the height of his career, it is estimated that Kid Rock earned income equal to a salary of $20-30 million dollars per year.

American singer-songwriter, rapper, musician, and record producer. Kid Rock has an estimated net worth of $150 million dollars, as of 2023. He’s known to produce in rock, hip hop, and country.

For the past 30 years, Kid Rock has released 12 studio, two compilation, and one live albums. He has sold more than 25 million albums in the United States and over 35 million worldwide. Outside of music, Rock is also known for his marriage to blonde bombshell Pamela Anderson in 2006, as well as his appearances in several films and television series.

He was born on January 17, 1971, in the small Michigan town Romeo. During his childhood, Robert became interested in music, specifically in hip hop. Soon, he began breakdancing and taught himself how to rap and be a disc jockey (DJ). When he was a teenager, in the late 1980s, he began his professional music career by joining the hip hop group The Beast Crew.

While he was in the hip hop group and was improving his singing abilities, the artist met the well-known D-Nice. Thanks to D-Nice, he was given the opportunity to open for several of Boogie Down Productions’ local shows.

Also around this time, Robert obtained the name Kid Rock and began a professional association with the producer Mike E. Clark. In 1988, Rock received offers from several major record labels such as CBS Records and Atlantic Records. At the age of 17, thanks to his friendship with D-Nice, the musician obtained a recording deal with Jive Records.

He became rich immediately after he signed a deal with the record label Jive Records. In December 1990, Rock released his debut studio album Grits Sandwiches for Breakfast. Despite having a hard time with the promotion of the album, the project established Kid Rock as one of the most successful recording hip hop artists in Detroit. In 1992, the musician was dropped by Jive Records, so he signed with the independent label Continuum.

Towards the rest of the 1990s, Kid Rock continued to release new music. In August 1998, after his signing with Atlantic Records, he released his first of many successful albums Devil Without A Cause. The album became his first to not only ever multiple music charts but also receive gold and platinum certifications in four different countries – United States, Canada, New Zealand, and the United Kingdom.

By the end of the 20th century, Rock has already released multiple projects in different genres. He also established his redneck, rock and roll musical style, as well as his stage persona. His fourth album, which was a major commercial success, included not only rap metal but also hard rock, nu-metal, and rap-rock tracks. The album consists of 14 songs, including “I Am the Bullgod”, “Cowboy”, and “Only God Knows ” – some of his best songs of all time.

Signing a deal with Atlantic Records played a big role in the artist’s success. In 2001, he released his fifth studio album Cocky, which just like the previous, appeared in many album charts. The album, which was recorded between 1999 and 2001, includes 14 songs in different genres – blues rock, country hard rock, hip hop, heavy metal, rap-rock, and southern rock. Two years later, in 2003, he released his sixth self-titled album, which was also received with mixed reviews.

The most successful album of Kid Rock is Rock n Roll Jesus from October 2007. The rock album topped multiple international charts including the US Billboard 200, in the process becoming his first to achieve this. Thanks to the project, Kid Rock also received his very first nominations for the prestigious Grammy Awards in the categories “Best Male Vocal Performance” and “Best Rock Album”.

As of now, it remains the rock superstar’s only album to receive both gold and platinum certifications in seven different countries – Austria, Australia, Canada, Germany, New Zealand, United States, and the United Kingdom. Ever since 2010, Rock has focused more on country music. His first country album was Born Free, which was welcomed with mixed reviews from music critics. His second to latest album is the country-rock Sweet Southern Sugar from November 2017.

At the peak of his career, the talented rock superstar married the famous actress and model Pamela Anderson in 2006. The two met in 2001 and ever since the beginning of their rocky relationship, both of them received a lot of media coverage. Besides his relationship and marriage with Anderson, Kid Rock has been heavily involved in several controversies such as alcohol-related arrests, leaked sex tape, and physical fights.

Outside of his high-profile and diverse music, Kid Rock is known for appearing in many television shows and films. His acting debut came in the 2001 comedy film Joe Dirt. He’s known for his guest appearances in Biker Boyz, A Band Called Death, The Simpsons, CSI: NY, and Silicon Valley.

As a wrestling fan, Kid Rock also appeared several times in WWE shows. His first appearance was in the 2009 event WrestleMania 25 where he performed his hit single “So Hott”, one of the show’s official theme songs. Ten years later, during the Wrestlemania 34 weekend, he was inducted in the celebrity wing of the Hall of Fame.

Kid Rock married Pamela Anderson in 2006 and they divorced one year later, in 2007. There were no children involved and as it was a mutual desire to split it is possible that Rock may not have provided any spousal support at all. However, it is likely that about $1 million went in that direction. Kid Rock also has one child with Kelly South.

In 2006, he purchased a $11.6 million dollar Balinese-style mansion in Malibu, California. He later sold it in 2017 for $9.5 million. It was later sold again in 2020, to DJ “Diplo” for $13.2 million dollars. However, he has also earned some appreciation of properties that he has bought in Detroit and Nashville. He also owns an oceanfront home in Jupiter, Florida which be bought for $3.2 million.

As he will have also had to pay around $5-7 million dollars in business related costs. Kid Rock likely has a net worth of about $150 million dollars.

Ever since the 1990s, Kid Rock has been a successful artist that has won multiple awards. The Grammy-nominated artist has found success in different genres, especially country and rock. Despite the controversy that has surrounded him, he continues to be one of the well-liked country/rock superstars. 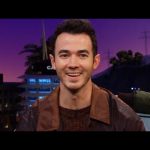 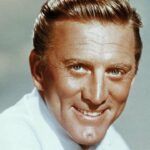