When MMA fighter Randy “The Natural” Couture went into semi-retirement after noting displeasure with both the way he had been treated in general by the UFC, as well as frustration regarding the organization’s inability to set up a fight between he and Fedor Emelianenko, the MMA world’s collective mouth dropped. After some time fighting over his contract in the courtroom, however, Couture and the UFC came to terms in September of 2008 to the joy of fight fans everywhere.

American actor, former U.S. Army sergeant, retired mixed martial artist and former collegiate and Greco-Roman wrestler Randy Couture has a net worth of $19 million dollars, as of 2021. Couture is a six-time UFC Champion and the UFC 13 Heavyweight Tournament winner.

Beyond that, Couture was also a three-time Olympic team alternate, just missing the cut in 1988, 1992, and 1996. He has noted that if he had been successful in achieving his dream of making the Olympic team, he might never have decided to try his hand at MMA.

Couture has a very strong background in wrestling due to his high school and college experiences. He also did some boxing while in the service.

Randy Couture may be the greatest ground and pound fighter in the history of MMA. He’s extremely good at using his background in wrestling to take people to the canvas, control them there, and continually strike them on his way to a TKO or decision victory. Couture is also known to be outstanding in the clinch.

Though Couture is not known as a knockout puncher or elite striker, he is very good defensively on his feet.

His skills will be put to the test when he takes on Brock Lesnar at UFC 91.

Randy Couture was married to Kim Holderman (Kim Couture), but the two have filed for divorce. He was married twice previously and has four children and a stepson.

This Randy Couture Net Worth profile originated at WealthyGenius.com 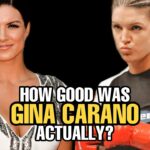 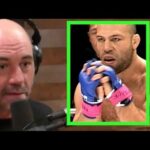