How much is DJ Mustard worth?

Who Is DJ Mustard

DJ Mustard is the stage name of Dijon Isaiah McFarlane. He is an American DJ, rapper, record executive, record producer, and songwriter. He first began his career in 2009 Andover since then has collaborated with numerous artists from around the world. He gained international popularity with the single “Rack City” by Tyga, which was released in 2011. DJ Mustard is known for his club-oriented and up-tempo production style which was developed during the early 2010s and became a trademark for the West Coast hip hop.

American record producer, DJ, record executive, rapper, and songwriter DJ Mustard has a net worth of $9 million dollars, as of 2021. His real name is Dijon Isaiah McFarlane, he’s known professionally as Mustard or DJ Mustard.

How did DJ Mustard earn his net worth?

What made DJ Mustard rich are not only his solo albums but collaborations with many other names in the music industry. Concurrently with working with YG and disc jockeying at various venues, which earned him well over $5.000 at the time, he also began teaming up with rappers such as Nipsey Hussle and Tyga for the singles “You Broke” and “Bitches Ain’t Shit”. In December 2011, Tyga released his single “Rack City”, which was co-written and produced by Mustard. The song instantly became a hit around the globe and helped the DJ earn an additional $2.500.

In 2012, the songwriter and DJ continued his momentum and collaborated with artists such as 2 Chainz, Young Jeezy, and Bow Wow for several hits, including “I’m Different” from 2 Chainz that became gold-certified by the RIAA. The following year, he released his first mixtape titled “Ketchup”, which contains guest appearances from multiple artists. That year, he landed a recording deal with Roc Nation and Republic Records, which helped his mixtape achieve a commercial success, and by the mid-2010s, his net worth was already surpassing $3 million.

The DJ became famous after the release of the mega-hit “Rack City”. Dijon was born on June 5, 1990, in Los Angeles, California. Both of his parents are Jamaican and they emigrated to the United States in the early 1980s. During his adolescent years, his father was deported back to Jamaica, however, they still keep in touch. He first began disc jockeying at the age of 11 after his uncle, who also worked as a DJ, let him try out at a family party.

During his pre-teen years, while still trying to find success as a DJ, he developed the stage name DJ Mustard from the condiment dijon mustard, as Dijon is also his first name. In 2009, using the new stage name, he began working in various clubs around California. At that time, he met the rapper YG with whom he began working on various music projects. He began creating beats and producing almost all of the rapper’s mixtapes starting from his second titled “The Real Four Fingaz”, released in November 2009.

The reason why this record producer and executive is so successful is because of the many professions that he ventured in the past decade or so. Immediately after he rose to popularity with “Rack City”, DJ Mustard became a rapper, record executive, and producer. In addition to these, he also began appearing regularly on television programs and late-nite talk shows, with his most recent appearance being on the television series “All Def Comedy”, in which he was a main cast member.

The DJ’s career hit its peak in the mid-2010s when he released his debut solo album – “10 Summers”. The album, which was produced entirely by Mustard, includes multiple guest appearances from rappers such as Big Sean, Lil Wayne, Wiz Khalifa, and YG among many others. Throughout the rest of the decade, he continued to release new albums – “Cold Summer” in September 2016, and “Perfect Ten” from June 2019. His latest (and third) album became by far his most successful, as it entered album charts in the United States, Australia, Canada, and many European countries and earned a gold certification by the RIAA.

DJ Mustard began his career in the late 2000s as a disc jockey and then quickly transitioned into a rapper, songwriter, record executive, and producer. In just a decade, his net worth has exceeded $9 million and he has released three triumphant solo albums. He’s also known for producing and collaborating with best-selling artists such as Rihanna, Travis Scott, Migos, Nicki Minaj, and Nick Jonas among many others for the creation of gold and platinum-certified singles. 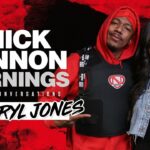 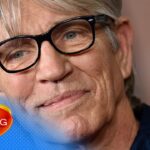