How much is Pauly Shore worth?

Pauly Shore is an an American actor, comedian and filmmaker who originally became known for his roles in comedy films in the 90s. His mother, Mitzi Shore, owned The Comedy Store, a legendary comedy club that has recently gained more popularity since Joe Rogan‘s popular conversations about it on his podcast. His father was actor and stand-up comedian, Sammy Shore, who was also a co-founder of the Comedy Store. Allegedly, Pauly got his name after Mitzy couldn’t think of anything but then after passing the Paulee Body shop and a Montgomery Ward, she decided it was to be Pauly.

Pauly has always been around fame and famous people from an early age. His mother was a good friend of Richard Pryor. There have also been many famous faces at the Comedy Store and Pauly graduated from Beverly Hills High School in 1986. The same school as Angelina Jolie and Nicolas Cage.

American actor, comedian and filmmaker Pauly Shore has an estimated net worth of $30 million dollars, as of 2023. Pauly first became popular from his comedy film appearances in the 90s.

In his acting career, Pauly appeared in films like California Man and Son in Law which are credited as having been the films that built his initial recognition. Then, in 2003, he wrote, directed and produced the mockumentary Pauly Shore Is Dead which, while grossing only $11,000, was reviewed very positively. One of the reasons was for its cast, it included appearances from Chris Rock, Ben Stiller, Adam Sandler, Pamela Anderson and Snoop Dogg, among others. More recently, he has starred in the film Guest House in 2020 and in the animated movies Pinocchio: A True Story and My Sweet Monster, both in 2021.

Pauly Shore has been around fame his whole life and has many friends in the movie business. This helped him land roles in the 90s, in comedy films that eventually helped him build his recognition, and his net worth. However it is likely that, while he has earned most of his money from his appearances and voice acting work, a small portion of his wealth can be attributed to his inheritance. From his work in the entertainment business, not including his investment earnings or a transfer of assets, it is estimated that Pauly has had total career income of around $40 million dollars.

Of that amount, $3-4 million is expected to have been paid in business related costs. The remainder, $36.5 million, will have been taxed at a rate of around 48% as Pauly Shore has been residing in the state of California and also earned through some low tax years in the 2000s; but more so recently when state taxes have been higher. After tax, it is estimated that his career earnings are at around $18.98 million dollars, having paid $17.52 million dollars in taxes.

Pauly Shore has never married and does not have any children. In his personal life Pauly has likely spent $4-5 million dollars of his career earnings but also probably possesses assets valued at around $1-2 million, not including investment assets. In his investments, he may have earned investment returns of $8-13 million dollars.

Pauly has invested in property in Los Angeles dating back to the mid-90s when he purchased a 4,500 square-foot home in the Hollywood Hills for $1.5 million. Having since invested far more into the property than its original purchase price, and with property appreciations having gone through the roof, Pauly listed the property for $13 million in 2015. While he could not find a buyer, he has allegedly been renting the property for $25-30,000 per month. He also more recently lowered the asking price to a little less than $10 million but as of yet the property seems to be unsold.

As Pauly Shore has also seemingly inherited assets that are likely worth in the region of $1-3 million dollars, it is estimated that he has a net worth of a rounded up $30 million.

Pauly Shore has been around fame and famous people all of his life. His mother Mitzi was the owner of The Comedy Store until her death and was good friends with Richard Pryor. Growing up in and around Hollywood and going to school in Beverly Hills made it an easier entry for Pauly to be cast in films. He is well liked and when he created his own mockumentary Pauly Shore Is Dead in 2013, he managed to get some of the biggest names in the world involved, not just in California. 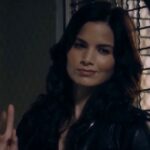