How much is Richard Pryor worth?

At a time when comedy was mostly vanilla and observational, Richard Pryor tore the comedy rule book apart and stormed on to the scene with his controversial and vulgar jokes. He was known as the next Bill Cosby, but that was more than an understatement, as Pryor’s storytelling and timing was unlike any other, and it scored him main roles in major Hollywood movies, including Blue Collar and Superman III, despite not having any acting experience.

Thanks to the late comedian having some of the most influential stand-up routines of all time, he has won several Emmy and Grammy awards and is always ranked highly on listicles of the greatest stand up comedians of all time.

American stand-up comedian, actor, and writer Richard Pryor had an estimated net worth of $40 million dollars at the time of his death, in 2005. Pryor’s comedy focused on trenchant observations and storytelling style. He is widely regarded as one of the greatest and most influential stand-up comedians of all time.

It’s hard to understand exactly where the comedian’s wealth came from as so little of his pay checks are disclosed, but a quick look at his box office success and sold out comedy tours make it much clearer. His biggest hits include Silver Streak, which grossed $51.1 million, The Muppet Movie, which made $65.2 million, and Stir Crazy being his biggest box office hit with $101 million.

Pryor found success in his first comedy special, Richard Pryor: Live & Smokin’ in 1971, but it was his sophomore effort in 1974, That N*****’s Crazy, was what helped he sky-rocket to fame. Though he confessed in later years that he regretted the name of the stand-up special, the album won him his first of many Grammy Awards and it turned him in to a star over night.

His success in stand-up continued throughout the decade, following up with other award winning albums including Is It Something I Said? and Live at the Sunset Strip. An award was even essentially made for Pryor, as he won the first ever Kennedy Center Mark Twain Prize for American Humor.

After owning stand up comedy in the whole of America, the natural progression for Pryor was to shift in to Hollywood movies, and he did it easier than any other comedian.

Pryor starred in some of the most popular and financially successful movies in the 1980s, including Harlem Nights, Brewster’s Millions, Superman III, and Stir Crazy, to name a few. The final movie he ever worked on was a strange one and way out of the comedian’s comfort zone, as he acted in Lost Highway, the thriller movie directed by the mysterious auteur, David Lynch. Not only movies, but Pryor even conquered television, albeit briefly, as he hosted his own TV show, The Richard Pryor Show, and though it was highly influential, the sketch show was cancelled after four episodes for being deemed too controversial and vulgar for general TV audiences.

Pryor lives on after his passing and still regularly makes headlines, and as to be expected with it being Pryor, they are more often than not are very outlandish. Quincy Jones, not one to keep secrets, recently told the world that Pryor was once in a relationship with non other than the celebrated actor Marlon Brando. And most recently, a speech the comedian gave in 1977 has re-entered the limelight after he discussed how capitalism leads to racism, and as history tends to repeat itself, the speech has become relevant once again.

And though he was much more seasoned in 1989, a movie co-starring his protégé Eddie Murphy, Harlem Nights, made a massive $95 million worldwide, proving that even after his peak, he can pull in the numbers.

There is one salary available to view of Pryor’s, and it is evidence that he was one of the highest paid actors of his time. Though Superman III is often known as one of the worst Superman movies of all time, it’s likely that Pryor couldn’t have cared about its critical performance less, as he earned an estimated $4 million for the movie. This amount is the same as earning more than $10 million today, adjusted for inflation.

There is a reason why Pryor is cited by comedians like Dave Chappelle, Eddie Murphy, Chris Rock and many others for being their biggest influence. Pryor became successful for always pushing boundaries on race and politics.

You don’t even need to listen to his stand up, but just take a quick glance at the titles of his specials to understand that he was outspoken on many hot topics. But it wasn’t just his thoughts on politics, racism, and the economy that had people in hysterics, as the comedian was able to turn stories about his life that were difficult to tell and depressing in to hilarious bits.It was for this reason that Rolling Stone didn’t just list him as one of the best in his industry, but they named him the greatest stand-up comedian in history, and it was the same reason that he famously became the first black person to guest host on Saturday Night Live.

Nobody admired Pryor more than his peers, and it was his fellow comedians that helped him get to where he was at the time of his death. He worked with several comedians obsessively, working within a tight knit group like a family. Pryor found joint success from his mountain of hilarious collaborations with Gene Wilder, as they co-starred together in the movies Blazing Saddles, Silver Streak, and Hear No Evil, See No Evil. It’s unlikely that either of them would have gotten the success that they did if it wasn’t for their mutual support of one another.

After all of the infamous stories about Pryor’s partying antics and his comedy bits about addiction to drugs and alcohol, it’s surprising that Pryor still had any money left at the time of his passing. But at the time of his death in 2005, Richard Pryor reportedly had an estimated net worth of $40 million.

He is still remembered 15 years later as one of the comedy greats with an amazing legacy for pushing boundaries that no other comedian at the time would ever dare. A biopic of Pryor’s life has been in the work for years, but it has unfortunately remained in development hell, switching hands between directors on a yearly basis. The ball seemingly remains in Oprah Winfrey’s court as she was the last producer to be attached to the movie. 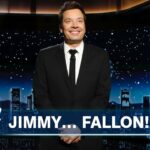 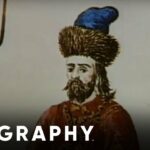