How much is Jimmy Fallon worth?

Jimmy Fallon is one of the most famous and successful comedians of the last 20 years. He was always an ambitious guy, who knew what his goals in life were, what he needs to do to reach them, and where to go to start his journey towards them. He is a famous TV show host, an author, and an actor.

Jimmy Fallon is a native of New York, where he was born in 1974. His parents were the children of immigrants. One part of his family came from Ireland, and the other from Scandinavia. His father worked as a repairman for IBM, while his mother was mostly a stay at home mom.

He has fond memories of his childhood. His parents were a bit overprotective. One of his early obsession in life was the variety TV show Saturday Night Live. He was also really into music and started to play the guitar at the age of 13.

American comedian, actor, television host, singer, writer, and producer Jimmy Fallon has an estimated net worth of $45 million dollars, as of 2023. Fallon is paid a reported $16 million per year for hosting “The Tonight Show”.

He also considered being a priest, but comedy won out at the end. He was both an average student in college and in high school. While others were studying during the weekends, Jimmy Fallon was already performing stand up. To pursue his comedy career, he would drop out of college in his last semester and move to Los Angeles.

Right from the start, he was able to get his comedy career going in LA. He was a regular in many of the famous comedy clubs in the area, including The Improv and The Laugh Factory. On average he earned $75 dollars per stand up set. He went to auditions for films and TV shows but proper roles failed to materialized. Yet it didn’t hurt his confidence at all, undeterred, he kept on chasing his dreams. His first and foremost goal was to make it onto Saturday Night Live.

He would tell people that the goal of joining SNL was all he had. And if he didn’t join SNL before he turned 25 he would do something horrible to himself. He failed his first audition but succeeded with his second. As he recalls it, his second audition was the most nerve-wracking affair of his life. Lorne Michaels, the brains behind SNL rarely laughs. But Jimmy Fallon managed to make him laugh with a few props and a lot of imitations of former SNL cast members.

He would stay with Saturday Night Live for a total of six years. He had an impressive rise. A lot of cast members need a few years to finally get into the whole Saturday Night Live thing. But Jimmy Fallon was different. From day one he felt like he was at home. That is probably the reason why he was able to transcend the show by the fourth episode. A Halloween sketch made him a celebrity. He started to receive a lot of fan letters, especially from his female fanbase. We can safely conclude that he was an overnight sensation. But he wouldn’t stop there.

As his time with Saturday Night Live progressed he became one of the best impressionists the show has ever had. His impressions of De Niro, Scorsese, Seinfeld, and Howard Stern are all iconic. He wanted to leave SNL after his third season but decided against it when he was offered a spot on The Weekend Update part of the show. The Weekend Update spot increased his profile even more. Yet still managed to do solo projects on the side. One such was his Grammy-nominated debut comedy album.

After SNL he moved on to acting. His first film was Taxi, a remake of the french cult comedy. But it was a failure, both with fans and critics and probably the first big failure of Jimmy Fallon’s career. He tried himself in a romantic comedy next, starring with Drew Berrymore in Fever Pitch. It did better than Taxi, but not a lot.

After 4 years he would return to television, this time as the host of The Late Night with Jimmy Fallon. He brought a lot more variance to the show. On average those types of shows are guest interviews and monologues, but Fallon added musical acts, impressions, and much more. The show was a huge success and he started to earn an estimated salary of $10 million dollars per year. A few years down the line, he would replace Jay Leno at The Tonight Show.

Talent and determination are the two factors that have shaped the life and career of Jimmy Fallon the most. He knew what he wanted to do from a very early age. And as soon as he was old enough he started to move towards those goals. He was doing stand up while still in high school. Even when he struggled he didn’t think about stopping. His goal was a career in comedy and a spot on SNL. He devoted everything to those goals. He didn’t have friends, lovers anything. The only thing he had was the will and desire to accomplish his professional life goals.

On the other side, he was immensely talented. Auditions on SNL are really hard and making Lorne Michaels laugh an almost impossible feat. But Fallon managed that. He did have struggles. His film career was a mess full of flops, both critically and commercially. But he didn’t give up. His versatile comedic talents helped him book a spot on a late-night TV show and he made that show into an incredible force.

A New York kid obsessed with comedy turned into great success on TV. He risked everything to get on SNL, and it paid off. A man who at once had nothing has now the world at his feet. While he didn’t make the leap to films, he still managed to resurrect his career after his SNL exit and turn himself into one of the most popular TV Show hosts in America. There is still a lot of career in front of Jimmy Fallon. If he keeps working with the same maniacal determination, he will join the ranks of the greats Jay Leno, Jimmy Carson, and Conan O’Brien. 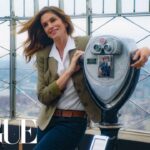 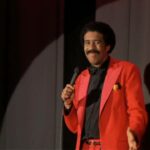