How much is Hank Williams Jr. worth?

Hank Williams Jr. launched his country music career imitating his father’s traditional style and routinely found himself in Billboard’s country Top Ten. However, it wasn’t until he went in his own direction combining outlaw country with the thunder of country-rock, that he finally found his sound. Hank Jr. was born in Shreveport, Louisiana, to country legend Hank Williams and his wife Audrey. His father died in 1953, when Jr. was just three years old and so he mostly learned about him from his records. From an early age he continued the “Family Tradition,” performing onstage and often with his father’s songs. When he was 11 years old, he made an appearance on the Grand Ole Opry, and a few years later, after having toured and developed his voice, he was sign by MGM Records.

Hank Williams Jr. has an estimated net worth of $35 million dollars, as of 2022. Hank Jr.’s music is known to blend Southern rock, blues, and country.

Hank Jr.’s debut single was his father’s “Long Gone Lonesome Blues” and it became a hit that year of 1964, making it to number 5 on the charts. That year he also starred in the film A Time to Sing and sang all of the songs for Your Cheatin’ Heart, Hank Williams, Sr. biopic. He continued to release music, writing and releasing “Standing in the Shadows” which also made it to number 5. It was a breakthrough for the young artist and he began to develop his own sound, seeking to throw off his father’s image and make his own mark on country music. For a time he took the name Rockin’ Randall and began to experiment with rock & roll.

While he explored, he still continued to make country music including a series of hits that included “All for the Love of Sunshine” which made it to number 1. Following the success, both in beginning to distinguish himself from his father’s legacy, and commercially, Hank Jr. fell into drug and alcohol abuse. At that time, he even allegedly contemplated suicide. He soon came out of it and sick of being a nostalgia act, Hank Jr. took his music into a more rock-influenced direction. Collaborating with rockers Charlie Daniels and the Marshall Tucker Band’s Toy Caldwell, he recorded Hank Williams Jr. and Friends.

Just as he had thoroughly distinguished his music from that of his father’s, fusing hardcore country with rock & roll, his life took a tragic turn. In 1975, Hank Jr. fell 442 feet down the side of a mountain in Montana landing on rocks and severely injuring himself. His reported injuries included a split skull and it took two years of surgery for him to make a recovery. His recovery not only entailed reconstructive cosmetic surgery, but he had to relearn how to speak and sing. Upon his recovery, more determined than ever, he eventually released what would become his breakthrough album, Family Tradition.

Hank Jr.’s marrying of the the swagger of outlaw country with the thunder of country-rock, created an almost entirely new genre. He began to land consecutive Top Ten Country singles, earning a total of eight in the ’80s. Some of his perennial hits included “All My Rowdy Friends (Have Settled Down)” and “All My Rowdy Friends Are Coming Over Tonight”, as well as “A Country Boy Can Survive”. In the ’90s, while his streak of releasing hit records had notably come to an end, his sound had been reimagined and was proliferating the charts. While he continued to release albums, none were certified by the RIAA since Maverick went Gold in 1992. In 2009, Williams released the single, “Red, White & Pink-Slip Blues”, which reached number 43 on the country charts. In 2016, his guest-laden 2016 album It’s About Time seemed liked it was going to be the base of a resurgence, but ultimately none materialized. His latest album, Rich White Honky Blues, was released in 2022. On August 12, 2020, Williams was selected to be inducted into the Country Music Hall of Fame.

Hank Williams sold 4.5 million albums in the US and another 50,000 internationally. He died at 29 years old, when his son, Hank Williams Jr. was just three years old. Following in his father’s footsteps Hank Jr. began his career performing his father’s songs onstage, but later forged a path of his own with his rock-influenced sound that went on to sell tens of millions of albums. Today, his 56 studio albums and 25 compilation albums have sold around 15 million copies worldwide. He has also added to his earnings through his live performances and digital downloads. In total, Hank Williams Jr. has earned estimated total career income of $80 million dollars.

Of that amount, $3-6 million is expected to have been paid in business related costs. The remainder, $75.5 million, will have been taxed at a rate of perhaps 60% as Hank Williams Jr. has mostly been residing in the state of Tennessee. Tennessee only became a no income tax state in 2021 and, during his early career, tax rates were far higher than they are today. After tax, it is estimated that his career earnings are at around $30.2 million dollars, having paid $45.3 million dollars in taxes.

Hank Williams Jr. married Gwen Yeargain in 1971 and they divorced six years later, in 1977. As these were still the early days of Hank Jr.’s career, his earnings were low, however they also had children together, including Hank Williams III. It is likely that $1-2 million dollars has gone in Gwen’s direction over the years. Hank Jr. later married Becky White in 1977 and they also divorced six years later, in 1983. They had children together and it was after Hank Jr.’s career had begun to gain traction. It is estimated that Becky has been paid a sum of around $2-3 million dollars. In 1990, Hank married Mary Jane Thomas and they remained together until Mary’s death in 2022.

Hank Williams Jr. wanted to step out of his father’s shadow and become recognized for his own contributions to country music. While he began his career singing covers of his father’s songs, he proceeded to develop his own style influenced by rock. Just as he had managed to distinguish his music from that of his father’s, he suffered a major life changing event when he fell 442 feet down the side of a mountain in Montana. Passing through this near death experience, and after reconstructive surgery, Hank Jr. had to learn to sing again. Since, he has become one of the most popular country-rock artists in history. 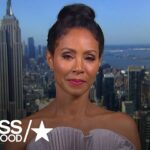 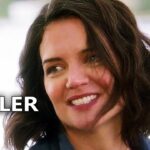