How much is Pat Mcafee worth?

Patrick Justin McAfee is an American sports analyst, professional wrestler, stand-up comedian, and podcaster. Pat Mcafee rose to prominence in the late 2000s after he began his career as a football punter with a net worth estimated to be $24 million. Throughout his football career, he was part of the Indianapolis Colts season from 2009 to 2017, where he has played in more than 127 games, scored 575 punts.

After his retirement from football in February 2017, McAfee signed a multi-year contract with WWE where he appears in several programs as a color analyst and most recently transitioned into a professional wrestler.

Pat McAfee originally became famous for his work as a football punter. He was born on May 2, 1987, in Plum, Pennsylvania and he attended the Plum High School, where he played both soccer and football. During his senior years, in the early 2000s, he began playing football and participated in several games, including the national competition, which highlights the best field goal prospects.

American sports analyst, podcaster, professional wrestler and former football punter Pat Mcafee has an estimated net worth of $24 million dollars, as of 2023. In 2019 he signed a multi-year contract with the WWE.

In 2005, while he was still in college, McAfee played in the freshman season for the Mountaineers from West Virginia. He participated in 70 kickoffs for the season, 20 of which were touchbacks. His record was 11 for 18 as a freshman and the most memorable moment from his college career was against the Louisville where he contributed to a 46 to 44 triple overtime win thanks to his onside kick.

The following year, he continued to improve and score wins for his team against the likes of Georgia Tech and USF.

The football punter and sports analyst started to become rich in late 2009 when he joined the Indianapolis Colts and began his professional career. Prior to that, during his junior season in 2007 and senior season in 2008, he won a lot of achievements, including a Lou Groza Award, a West Virginia Scott Shirley Award, and honorable mentions from the Big East Special.

His professional career started in 2009 when he was invited to the Senior Bowl where he joined Pat White and Ellis Lankster, his future teammates from the Mountaineers.

After he was drafted in the 2009 NFL Draft, Pat McAfee joined the Indianapolis Colts and thanks to his contract, he started earning for the first time playing professionally in the NFL. Until 2011, he maintained a 46.6 yard punting, which would remain his average yard punting until the rest of his career.

In 2014, he signed a five-year multi-million contract with the Colts and it is estimated that his net worth is estimated was about $3 million. Throughout the next few years, he continued to win numerous accolades and after eight seasons, in February 2017, he announced his retirement from the NFL due to multiple knee injuries.

The later success of Pat McAfee has come from his association and work with multiple sports companies. Shortly after his retirement from football, he joined the Barstool Sports and landed his own talk show on the Sirius XM radio channel titled The Pat McAfee Show.

He also became a regular face on Fox Sports and ESPN, mostly working as color analyst on programs such as “hursday Night College Football and Get Up. Simultaneously with his appearances on television, even now, he appears regularly on the radio program The Bob and TomShow, and, most recently, he established his own podcast with AJ Hawk called McAfee and Hawk: Sports Talk.

Pat McAfee is not married and has no children. In his personal life he has likely spent $1-2 million dollars of his career earnings but also earned $2 million dollars from his investments. He will have also had to pay around $500,000 in business costs. Therefore, it is estimated that Pat McAfee has a net worth of about $24 million dollars.

Pat McAfee was previously associated with the NFL, which is how he received national popularity. Now, he’s a popular radio host, sideline reporter, and analyst for the likes of ESPN, Fox Sports, and most notably WWE. As of 2023, thanks to his work for WWE and many other television programs, his net worth is estimates to be $24 million and he has millions of followers.

Second of May Birthdays 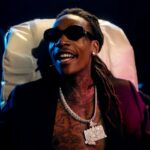 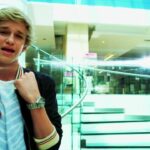