How much is Nick Cannon worth?

Nick Cannon is one of the most talented people who has made his mark not just in acting and rapping, but also in writing and producing. He is an actor, a comedian and a rapper. He writes, directs and produces. He hosts TV shows, is an entrepreneur and on top of all that, Nick was married to Mariah Carey.

He was born in San Diego, California in 1980. He grew up in the Lincoln Park area of the city, and while he says he never joined a gang, he was surrounded by gang culture that was prevalent in the area. His high school education was at Monte Vista High School, and he has since graduated with a criminology degree from Howard University. Nick recently undertook the degree course as a mature student, between the years of 2016 and 2020.

American television host, actor, rapper, and comedian Jerry Seinfeld has an estimated net worth of $20 million dollars, as of 2023. Cannon started his career as a teenager on sketch comedy television series, All That.

Nick Cannon’s career falls into three areas: music, TV and radio hosting, and film. His career as a hip-hop artist began in 1999 when he was part of a rap group called Da G4 Dope Bomb Squad. In 2001, he signed with Jive Records, releasing his first album in 2003.

From 2005 Nick hosted his own MTV comedy show Wild’N Out, which showcased new and original comedy talent. Nick is perhaps best known to the wider viewing public as the host of America’s Got Talent beginning in 2009 up to 2016. He has also hosted a range of other TV and radio shows. Today he is hosting The Masked Singer and Lip Sync Battle Shorties.

Between 2000 and 2017, Nick appeared in a number of films. He lent his voice roles to three animated releases including Garfield: The Movie. His best known live action role was in Men in Black II. In the same year he appeared in the MTV film Drumline and was nominated for the “Best Kiss Award” together with his co-star Zoe Saldana.

Nick Cannon also has a number of business interests. He owns the production company Ncredible Entertainment, has the Chairmanship of TeenNick, which is part of Nickelodeon, and is working for Radio Shack in a creative role.

Nick also has business interests that add to his wealth, plus he earns fees for every performance he undertakes, whether it is comedy, music, hosting or acting. In addition to his earnings he has assets that include real estate and a collection of top-of-the-range cars.

He also endorses a range of products including Boost Mobile and Honda Civic cars. His NCredible range of headphones, which are produced by Monster are also particularly lucrative.

In 2006 Nick acquired a stake in the clothing company PNB Nation.

Nick Cannon married Mariah Carey in 2008 and they divorced eight years later, in 2016. As part of a divorce settlement, it has been reported that she receives $5,000 per month from Cannon to be put in trust for their two children, twins Monroe and Moroccan Scott Cannon.

Nick Cannon has the advantage of talent, but he only profited from it by hard work and taking risks. He is a man who took control of his life at a young age and pursued his dreams undeterred by failure. Anyone dreaming of a show business career would do well to emulate Nick’s commitment to his work. 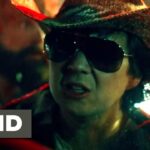 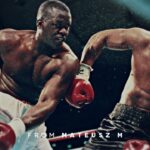