How much is Buster Douglas worth?

Buster Douglas, whose real name is James Douglas, is an American retired professional boxer. He competed from 1981 to 1999 and reigned as the undisputed world heavyweight champion in 1990 after his win over Mike Tyson, which is considered one of the biggest upsets in sports history. During his two-decades-long career, Douglas earned more than $30 million from his high-profile matches and competed in 46 fights, 38 of which he won.

American former professional boxer Buster Douglas has a net worth of $17 million dollars, as of 2021. “Buster” competed between 1981 and 1999, initially retiring in 1990 after defeating Mike Tyson to win the heavyweight champion title.

How did Buster Douglas earn his net worth?

The boxer became rich almost immediately after his professional career started off in the early 1980s. Officially, his debut as a boxer came in May 1981 against Dan O’Malley, whom he defeated in a four-round bout. This match, however, is listed by several sources as just an exhibition, and instead, his professional debut is against Mike Rodgers from September that year. Nonetheless, by the mid-1980s, Buster already racked up wins over the likes of David Bey, Steffen Tangstad, Randall Cobb, and Greg Page and had a score of 18-0, thanks to which his net worth exceeded $1 million.

After recuperating from his first three losses against Mike White, Jesse Ferguson, and Tony Tucker, Douglas received a golden opportunity to face the sensation Mike Tyson at the Tokyo Dome in February 1990. Buster was able to defeat Tyson in what to this day remains one of the biggest upsets in boxing history. Concurrently with earning $1.3 million solely for this fight, the impressive boxer also won the WBA (World Boxing Association), WBC (World Boxing Council), and IBF (International Boxing Federation) heavyweight championships. He continued to compete and win accolades throughout the decade such as the vacant IBA (International Boxing Association) championship among many others.

Buster Douglas became famous when he scored a win over one of the strongest boxers of all time – Mike Tyson. James was born on April 7, 1960, in Columbus, Ohio. He’s a second-generation boxer and is the son of William Douglas, known as the Dynamite. His father ran a gym at the Blackburn Recreation Center located nearby Downtown Columbus. He introduced James to boxing at an early age and helped him start off training.

While attending the Linden McKinley High School, he played both basketball and football. In 1977, just before his graduation, he won the AAA skate basketball championship. Thanks to his win, he was offered a spot in the Coffeyville Community College Red Ravens, which he accepted. He graduated from high school in late 1978 and earned a basketball scholarship that landed him a place at the Mercyhurst University. He graduated from the university and almost immediately focused his attention on boxing.

What makes Buster so successful is his incredible boxing record. In the late years of his career, he competed in some high-profile matches. One of these is against Evander Holyfield from October 1990. Despite losing all three heavyweight championships that he won from Mike Tyson, he had a reportedly $12 million payday. Towards the late years of the decade, he continued his winning streak against the likes of Brian Scott, Louis Monaco, and Lou Savarese to name a few. His final match came in February 1999 against Andre Crowder whom he defeated.

Outside of his acting career, the boxer has been actively appearing in the media. His acting debut came in the 1992 television series “Street Justice”, where he appeared as a prison inmate. Throughout the next three decades, he continued to appear mostly in documentaries, television series, talk shows, and realities such as “Saturday Night Main Event”, “HBO Boxing”, “ESPN 25”, “ESPN Friday Night Fights”, and “30 for 30”. Most recently, he landed his first leading role in the 2020 drama/thriller film “The Wager”.

Buster Douglas is a second-generation boxer that started his professional boxing career in the 1980s. In just a decade, he made a name for himself and earned a championship match against Mike Tyson. After defeating Tyson and winning three of the most prestigious heavyweight championships in boxing, he became one of the wealthiest boxers of the century. Since his retirement in 1999, Buster has been appearing regularly on television projects and, thanks to his contribution to the sport, he has been inducted into multiple hall of fames. 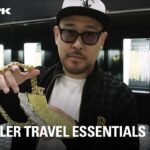 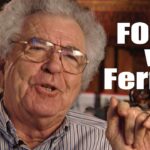