How much is Mariah Carey worth?

She burst onto the music scene in the early ’90s featuring her extraordinary five-octave vocal range on singles like ‘Vision of Love’ and ‘Emotions’ before her alleged diva behavior and personal life became the bigger focus 10 years later.

Who Is Mariah Carey

Mariah Carey, who has been called the “Songbird Supreme,” is a singer and songwriter who is known internationally for her beautiful voice. Though she is often spoken about negatively because of her diva-like nature, it is clear that she is one of the wealthiest and well known artists in the world. However, the world renowned songbird wasn’t always world renowned. This is how Mariah Carey, who started out as nothing more than a child who loved to sing, is now one of the biggest names in the music industry to date.

As of 2021, Mariah Carey has a net worth ballparking $350 million dollars.

But before we cared if Mariah Carey was a size 12 or a size 2 or who she was calling ‘boo,’ Mariah called a little island, right outside the big city, home: Long Island, New York. As a precursor to a dramatic career, her namesake was nothing less—her parents dubbed her Mariah after the song, “They Call the Wind Maria” from the musical Paint Your Wagon. Not only was Mariah’s name conceived from music, her mother was a trained opera singer, but even with a vocal coach for a mother, it wasn’t bright lights for the aspiring starlet right off the bat. After graduating from Harborfields High School, she worked as a coat check girl and waitress in Manhattan while developing a music career at night.

When Mariah was 18, she went to a CBS Records party—demo tape in hand—hoping to get it into the hands of someone at Columbia Records and, as the say, the rest is history. President of Columbia Records Tommy Mottola (later president of Sony Music) listened to the tape on the way home from the party, signed Carey almost immediately and told her to get started on her album. Mariah’s first eponymous album was released in 1990 and quickly skyrocketed to include four number one singles: ‘Vision of Love,’ ‘Love Takes Time,’ ‘Some Day’ and ‘I Don’t Wanna Cry.’ And Mimi, who’s known for loving her bling, got her first taste when the album went nine times platinum as well as nabbing two Grammys for Best New Artist and Best Female Pop Vocal Performance (‘Vision of Love’).

Over the next eight years, Mariah released six more albums and collaborated with the likes of Wu-Tang Clan, Boyz II Men, Diddy and Whitney Houston. And, as the adage goes, life imitates art, so it was only fitting that Mariah would marry her producer, Tommy Mottola. The two exchanged vows in 1993 at a ceremony that included the who’s who of Hollywood with guests like Barbara Streisand, Robert De Niro and Bruce Springsteen. But not everything was private yachts and diamonds for the couple, who later divorced in 1998—coincidentally around the same time Carey was spotted around town with Yankees star shortstop, Derek Jeter.

Just as her brief romance with Jeter started to wind down, her affair with the NYC nightlife scene started heating up. Her partying culminated in a breakdown in 2001 when she was admitted to a New York-area hospital for “physical and emotional collapse” following a bizarre surprise appearance on MTV’s TRL where she performed a sloppy striptease, handed out popsicles and said she needed therapy.

Her hospitalization also coincided with the expected release of her first feature film, Glitter, which was pushed back more than a month to give Mariah time to recover. Unfortunately, the release date for the film (which would later make Carey the butt of every late night talk show joke) wasn’t pushed back indefinitely. The film cost Mariah more than just a few bad reviews, in 2002, Mariah was dropped from Virgin Records with whom she had signed an $80 million contract just one year earlier.

But, the girl wasn’t down for the count for too long—just a few months later, she signed a deal with Universal Music Group’s Island/Def Jam Records and later that year released her comeback record, Charmbracelet. She went on to release The Emancipation of Mimi in 2005 with the help of producer Kanye West, which was fast on the way to becoming the best selling album of 2005. The album garnered three more Grammys for her mantle.

In 2008, Mariah once again had us all licking our lips with the release of her No. 1 song, ‘Touch My Body.’ And although we commend her for a triumphant comeback, her marriage to actor Nick Cannon later that year (after dating for only two months) was an eyebrow raiser to say the least. The couple announced in December of 2010 that they were expecting their first child — or children. The pair became the proud parents of twins, a boy and a girl, in the spring of 2011.

But, we forgave Mimi when we saw her in Precious—the performance of her career that helped fans forget about Glitter. She received critical acclaim for her role as a social worker in the Oscar-nominated drama. So while she’s had her fair share of flops and fizzles, Mariah’s still got the ultimate trump card: talent. Hey, the girl has had more number one singles than Elvis Presley—Mimi is still very much “in the building.”

Mariah Carey’s success comes from her image, which is incredibly glamorous and diva-like, as well as her talents in music. Her beautiful voice, which is able to reach pitches much higher than the voices of others in her industry, as well as her songwriting and producing abilities, have allowed her to have an explosive and incredibly profitable music career.

How did Mariah Carey get so rich?

Mariah Carey has been able to amass a tremendous net worth of $350 million dollars throughout her explosive singing career, which is almost exclusively thanks to her album sales, as well as tours. Her tremendous wealth can almost solely be attributed to her beautiful voice and songwriting skills, as well as a little from her acting career.

One of the things Mariah is most recognizable for is her song “All I Want For Christmas Is You.” This Christmas song is considered one of the most-profitable singles of all time. The song can be heard in dozens of Christmas movies, with global sales of sixteen million records. The song has earned more than $60 million in gross royalties, which likely has a lot to do with her substantial net worth.

Aside from “All I Want For Christmas Is You,” the sales of Mariah’s other albums were also hugely profitable. Unlike many other musicians and celebrities, she has earned her fortune with her songbird-like voice and incredible songwriting, which have allowed her to produce music that launched her net worth into the hundred millions.

Mariah Carey is a second generation singer, as her mother, Patricia Carey, was an opera singer. However, Mariah didn’t always get to spend a lot of time with her mother. Her parents divorced when she was young, and her mother worked several jobs to support their family. Mariah was home alone often and began singing at the age of three, using her voice to mimic one of the songs her mother performed.

She excelled in the arts, especially music, from a young age. Mariah began making music in high school, working as a demo singer. She co-wrote material for her demo tape with musicians such as Gavin Christopher and Ben Margulies. She worked several part time jobs to support herself after she graduated and moved to New York City, though it all paid off. Mariah managed to land a job singing backup for Brenda K. Starr, a singer and songwriter.

Mariah’s demo tape, which was now finished, made it into the hands of record executive Tommy Mottola at an event. Tommy, who is the head of Columbia Records, listened to her demo on his way home from the event. After listening to the tape, he immediately requested his driver to turn around, but Mariah had already left the event. The record executive spent the next two weeks tracking Mariah down, and she signed a record deal with him once he found her.

Mariah’s debut album, creatively titled Mariah Carey, was released in 1990. Though sales were slow in the beginning, it eventually became successful.

However, it was her third studio album that launched Mariah into stardom. Though the album, called Music Box, was not well received by many critics, it made Mariah into the star she is today. She embarked on her first tour to promote the album, called the Music Box Tour. Despite many bad reviews from critics, Music Box continues to be Mariah’s best selling album, as well as one of the highest selling albums of all time. Music Box’s second single, called “Hero,” would later become recognizable as her signature song.

Despite a slow start and a Cinderella-like chase that ensued before she signed her record deal, Mariah was able to achieve worldwide fame for her songwriting skills and beautiful voice. Now she is known for her diva-like charm and gorgeous singing voice, which she continues to use, and it is likely Mariah Carey will not be leaving the spotlight anytime soon.

Though Mariah Carey receives plenty of negative feedback because of her personality, which is considered diva-like and overly theatrical, there is no doubt that she is one of the most rich and famous entertainers in the world. She was able to turn her love for music and singing into an explosive career that carried her to insane levels of fame and wealth. 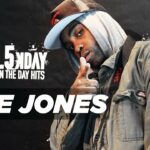