How much is Monica worth?

Monica, whose full name is Monica Denise Arnold, is an American actress, businesswoman, singer, and songwriter. The Georgia-born artist first began performing when she was a child as she became part of a traveling gospel choir. She rose to prominence in the 1990s after signing a contract with the record label Rowdy Records and releasing her debut album “Miss Thang”.

In addition to finding success in the music business, Monica also established herself as an actress and quickly found prosperity in the film industry. Among some of her most memorable roles are in the television series “Living Single”, “Felicity”, and “American Dreams”. Throughout the 2000s, she also starred in “Boys and Girls, “Love Song”, and “Pastor Brown”.

How Did Monica Get So Rich?

The debut album of the singer not only helped her gain national exposure but also earn thousands in just a few months time. In addition to peaking in two US Billboard charts, “Miss Thang” was also very successful in other countries such as Canada, New Zealand, Netherlands, and the United Kingdom. Besides earning gold and platinum certifications in Canada and the United States, the debut studio album of Monica helped her rack up more than $50,000 in a few months time.

The following year, in late-1996, the singer’s mainstream success was boosted thanks to her label change (to Artista Records) and the hit single “For You I Will”, which was used in the classic box-office hit “Space Jam”. Towards the end of the decade, in July 1998, Monica released her second studio album titled “The Boy Is Mine” thanks to which she achieved worldwide success. The sophomore album was even more successful than her first as it not only entered multiple international charts but also received gold and platinum certifications in Canada, France, Japan, the United Kingdom, and the United States.

Two months prior to the album’s release, in May, the eponymous lead single became a mega-hit that to this day remains a fan favorite. The song “The Boy Is Mine”, which is a collaboration with fellow then-rising star Brandy, won multiple awards throughout 1998 and 1999, including a Grammy Award for “Best R&B Performance by a Duo or Group (with Vocals)”. Thanks to more than 2.6 million copies sold, the song eventually became the best-selling song of 1998 in the US. As for the sophomore album, with over 2 million copies, to this day it remains her biggest international seller to date.

Monica gained international fame thanks to her many number-one R&B hits, starting with “Angel of Mine”, which to this day remains her most triumphant. She was born on October 24, 1980, in Atlanta, Georgia. Her father was a mechanic for an Atlanta-based freight company and her mother was a former church singer and Delta Air Lines customer service representative. Monica began singing at the age of two, following her mother’s footsteps and joining several church choirs. The first church choir she joined was “Jones His Chapel United Methodist Church”.

At the age of ten, after she impressed them with her characteristic vocal abilities, Monica joined a traveling gospel choir. After spending almost two years with them, shortly after he was amazed by her voice and performance of Whitney Houston’s “Greatest Love of All”, Monica was offered a recording deal by music producer Dallas Austin who worked for Rowdy Records, a distributed label of Artista Records. Shortly after she signed with Rowdy Records, she began working with Queen Latifah (who became her first manager) on her studio album “Miss Than”. The album was released in July 1995 and despite reaching number thirty-six on the US Billboard 200 chart, it was met with generally positive reviews.

What Makes Monica So Successful?

The thing that made Monica so successful is her widely-popular albums and singles. Throughout the past 20 years, she has released eight studio albums and one mixtape. As a lead and guest artist, she has many successful collaborations. Some of the many singers that she collaborated with are Brandy, Treach, Keyshia Cole, Lil Wayne, Gucci Mane, Missy Elliot, and most recently Lil Baby.

Shortly after the release of her first two albums, the talented artist also began appearing in various television series and films. The first television series that she starred in “New York Undercover” and “Living Single” from 1996. The following year, she joined the cast of the classic “Beverly Hills, 90210”, where she worked two episodes in 1997 and 1999, respectively. Some of her other notable roles in series are “All That”, “American Dreams”, and “American Juniors”.

In 2000, the actress took part in the comedy “Boys and Girls”, which would mark her film debut. Other films and television productions that she’s known for starring in are “ATL”, “Felicity”, “Pastor Brown”, “Almost Christmas” and “The Real”. Thanks to her illustrious career, in 2009, she starred in her own reality series named “Monica: Still Standing”. The series aired on the BET network from October 2009 to January 2010. Thanks to her friendship with the Kardashian family, she also appeared in their reality series — “Kourtney and Kim Take Miami” and “Khloe and Lamar”.

In addition to her successful career as an actress and singer, Monica’s personal life has also been a hot topic since 1999. In 2005, she met rapper Rodney Hill, known as “Rocko”, with whom she had her first child. The two eventually split in 2010. Also that year, she met Shannon Brown, a very popular NBA player. The tumultuous relationship and marriage between the two were highlighted by the media in multiple newspapers and websites. In October 2019, after giving birth to her second and third children, the singer announced her divorce with Brown.

Monica is considered to be one of the most successful R&B female artists that emerged in the late 1990s. She is able to stand out with her charisma and powerful vocals, as well as her fashion and style.

Thanks to her great singing abilities, she has received four nominations for Grammy Awards and even won one in 1999 in the category “Best R&B Performance by a Duo or Group”. Apart from the Grammys, she’s also the recipient of two BMI Pop Awards, one BET and one Billboard Music Award. 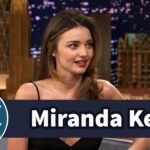 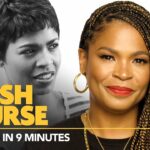