How much is Queen Latifah worth?

Whether she’s putting out her latest hip hop album or starring in a classic musical movie, Chicago, this rapper turned actress is Queen.

Who is Queen Latifah

Queen Latifah broke out into the world of hip hop with her debut single Wrath of My Madness in 1989. Latifah was one of the very few female hip hop artists to gain recognition in a genre that was dominated by misogynists. Latifah is Arabic for delicate and sensitive, but this one-hell-of-a-woman banged down the doors of hip hop to take her rightful place as the first lady of hip hop. Since then, she has blazed a trail in movies, television, and artist management winning an Academy Award nomination for her role as Matron Mama Morton in the film musical Chicago.

As of 2021, we estimate Queen Latifah has a net worth of $70 million dollars. Latifah’s return to hip hop and with her recent projects like her role as Ursula in the 2019 television musical remake of The Little Mermaid and other upcoming projects will certainly increase her net worth in the near future to come.

Born Dana Elaine Owens, Queen Latifah’s super sized confidence wasn’t an acquired trait but an innate secret weapon. As a youngster, Dana’s cousin nicknamed her Latifah—but it wouldn’t be long before she would reign as Queen. This spitfire began flaunting her megawatt personality through rap and was soon collaborating with the group Ladies Fresh—serving as the group’s beat boxer. But it was Latifah’s solo spitting skills that would land her a deal with Tommy Boy Records.

Queen Latifah emerged into the limelight with the release of her debut album, All Hail the Queen in 1989. With one album that sold over 400,000 copies under her belt, the Queen wasn’t planning on slowing her steep upward climb toward fame and she went on to develop her own management company, Flavor Unit Entertainment.

But the highs of her early success would be rivaled by the ultimate low of family tragedy. In 1993 Latifah released her third album, Black Reign, but the album’s success was overshadowed by the 1992 death of her brother Lancelot—he was killed in a fatal motorcycle accident. The untimely album was also the source of Queen’s first Grammy award.

The Law And Cover UP

With Latifah’s fast rise to the spotlight came added media scrutiny and she gave the snarling tabloids more than enough to write about after a slew of run-ins with the law. In Harlem in 1995, Queen Latifah and her friend, Sean Moon, were the victims of a car jacking in which Sean was shot and left in critical condition. Although he did survive, the incident left Latifah traumatized and she began carrying a gun for protection. In 1996 she was pulled over in Southern California before officers discovered a loaded gun and marijuana in her vehicle. Latifah was fined and received two years of probation for the misdemeanor. Three days later, she was arrested again for assaulting a photographer.

Latifah struggled to regain control of her public image but her next gig would do wonders to wipe away her tough girl image. In 2001 she was signed as a CoverGirl spokesperson and it seemed that the public was beginning to reclaim Queen Latifah as a strong woman rather than a felon. But Queen was just out of the dark before another scandal hit the tabloids. It was reported that she stiffed her stylist and cosmetologist a cool $1 million in unpaid services.

But right on par for the comeback Queen, in 2002 she was nominated for an Academy Award and a Golden Globe. Latifah, who had made a successful segue into acting with the sitcom Living Single in 1993 and films like Set It Off (1996) and Sphere (1998), was nominated for her role as Matron Mama Morton in the musical flick, Chicago. In 2004 it seemed she was back on the fast track with her platinum-selling The Dana Owens Album, which also earned her a Grammy nomination for Best Jazz Vocal Album. The Queen’s crowning glory, however, came in 2006 when she became the first hip-hop artist to receive a star on the Hollywood Walk of Fame.

Throughout the soaring highs and the rock bottom lows of Queen Latifah’s career, one thing she has not been able to shake has been the constant speculations regarding her sexuality. Rumors regarding a relationship with her personal trainer, Jeanette Jenkins, hit an all time high after steamy photographs of the two embracing were snapped while the pair was vacationing in France. The rumors were later magnified in 2010 by reports that Latifah and Jeanette bought a home together in the Hollywood Hills.

Regardless of who she calls her beau, Queen Latifah has paved the way for today’s hottest female rappers like Eve and Nicki Minaj. From CoverGirl spokeswoman to author to actress, this reigning queen is the definition of industry royalty.

How did Queen Latifah get so rich?

Queen Latifah has amassed a net worth of $70 million, initially through her music. Latifah is one of the very few female rappers who made their initial wealth from music. Her first album did very well clinching the number six position on the Billboard R&B/Hip-hop charts immediately after its release. Her other albums did well too, leading her to a number of awards.

Latifah’s repertoire does not end with her musical ability. Her successes range from acting in television, hosting her own CBS talk show, taking on roles in a multitude of films, to being an executive producer of the television series Scream, all of which have contributed her net worth over the years. Latifah also owns and manages Flavor Unit, an artist management company. In the business world, Latifah has partnered with brands for product endorsements. Among the companies whose brands she has endorsed are CoverGirl cosmetics, as their spokesperson, Jenny Craig, and Pizza Hut. She also endorses underwear for curvaceous women.

Latifah has her own perfume line, Queen of Hearts and Queen, which she launched on May 23, 2018. She has also written the book, Ladies First: Revelations Of a Strong Woman, which focuses on the importance of self-respect and being confident.

Queen Latifah is well-known worldwide for her singing and acting skills. She was first launched onto the hip hop scene in 1989 when she was signed by Tommy Boy Records, releasing in November of the same year her debut album All Hail The Queen. In 1991 she released her second album Nature of a Sista, the last project she worked on with Tommy Boy Records. She then released her third album Black Reign in 1993, and it won her a Grammy Award, largely owing to the song U.N.I.T.Y. which was a massive influencer of its time for women. U.N.I.T.Y. also topped out at 23 on the Billboard Hot 100 chart.

Latifah was able to cross over to the mainstream releasing in 2004 The Dana Owens Album, a collection of jazz standards. While being best remembered for her role in Chicago, Queen Latifah has graced the silver screen with a large number of films, making her a familiar Hollywood name.

Her acting career has long been in the works starting with the Fox sitcom Living Single that ran from the year 1993 to 1998. Thereafter, Latifah managed to land the lead role of the 1996 film, Set It Off. Since then as we have witnessed, Queen Latifah has made appearances in numerous films including 22 Jump Street, Barbershop 2: Back in Business, Joyful Noise, Hairspray, Bringing Down The House, Beauty Shop, and Taxi. In Television, She has also featured in the Hollywood miniseries as Hattie McDaniel, won a Primetime Emmy Award for Outstanding Television Movie, for her role as Bessie Smith in the 2015 HBO film Bessie, and starred as Carlotta Brown in the well-known series, Stars, which ran from 2016-2019.

Queen Latifah has built a successful career acting, songwriting, singing, and producing music. Ever since her breakthrough in the music industry after her debut album, she has consistently maintained her success with at least one movie or television role each year. She has sold millions of records worldwide and won a number of awards. She made history by being the first female rapper to be nominated for an Oscar; among only 27 other actresses to be nominated or awarded an Oscar for a role in a musical.

“Fear can be good when you’re walking past an alley at night or when you need to check the locks on your doors before you go to bed, but it’s not good when you have a goal and you’re fearful of obstacles.” — Queen Latifah

We calculate Queen Latifah is worth $70 million dollars in 2020, which is set to rise as this powerhouse goes from strength to strength.

Queen Latifah is a well-known feminist and this comes through in her attitude and lyrics of her music, having experienced life first hand as a woman of color against harassment and violence. Throughout her career, Latifah sold over two million records around the world, garnering her the title Queen of Jazz-Rap. She made history through her music by being the first rapper to get a star on the Hollywood Walk of Fame and be nominated for an Oscar. She inspired a lot of well-known artists when they started out, including Missy Elliot, Fugees, Lauryn Hill, Foxy Brown, Lil Kim, Eve, Naughty By Nature, Jill Scott, and Da’ Brat.

Queen Latifah has always strived to succeed and become better, having seen both sides of living as a woman of color – her dad and brothers were police officers. We know that Latifah is not done yet, and we can expect more from her in the years to come. Queen Latifah has been in a long-term relationship with her partner, Eboni Nichols, since 2013. In 2019, they welcomed their son Rebel. 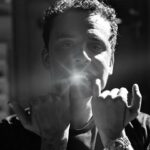 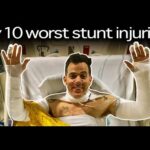