How much is Julia Stiles worth?

She was the tough love chick in 10 Things I Hate About You before kicking things up a bit in The Bourne Identity  and The Omen.

Who Is Julia Stiles

Cute and brainy, Julia Stiles is the elusive actress who saves the drama for the screen rather than smearing it across the tabloids. Although she hasn’t yet found the role that will define her career, we’re willing to wait it out for this bombshell who’s definitely got the acting chops.

American actress Julia Stiles has a net worth of $13 million dollars, as of 2021.

Born in New York City to her mother Judith, a ceramics artist, and father John, a second grade teacher, Julia was exposed to the arts at a young age. But Julia took more of a shine to politics, spending her days sitting in her mother’s ceramics shop debating with customers and writing letters to political leaders. But the precocious child she was, she took to acting, teaching herself the basics from watching The Honeymooners before beginning modern dance lessons and immersing herself in Shakespeare’s classics.

When she was 11 years old, Julia landed her first acting gig in an off-Broadway production. Her work at the experimental La MaMa Theater sparked an interest in the youngster and by the following year she was a regular commercial actress and in 1996 scored her first feature film in I Love You, I Love You Not alongside fellow child actress, Claire Danes.

She went on to play Harrison Ford’s daughter in The Devil’s Own (1997) before scoring the lead role in the flick that would make her a household name—10 Things I Hate About You (1999). The role especially peaked the smart girl’s interest as it was based on Shakespeare’s The Taming of The Shrew. Continuing in her Shakespearean path, she went on to star in O, a modern take on the classic Othello, and showed her dancing chops in Save the Last Dance both in 2001.

But Julia took time out from her acting career to get her college degree at Columbia University where she majored in English. Not one to ever sit idle, Julia simultaneously took on roles in Bourne Identity (2002), Mona Lisa Smile (2003), Carolina (2003) and The Bourne Ultimatum (2007). In 2010, Julia made a splash on TV as a recurring character on the hit Showtime series Dexter.

This city girl has a firm grasp of Hollywood and knows that if you want to be taken as a serious actress you’ve got to stay out of the tabloids and she does just that. Julia works vigorously to keep her private life private and we’re okay with that as long as we start to see more of her on the silver screen.

Defining Quote “I have a lot of goals in terms of acting. I may have done a lot of movies, but I’m a little older now and feel hungry to sink my teeth into a role that’s very meaningful to me.” 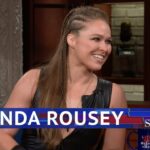