How much is Harrison Ford worth?

After acting in some of the most iconic movies of all time in the 70s and 80s, and then going on to become an action hero in the 90s, Harrison Ford is an actor who has been active in the industry for more than 50 years. Ford’s movies have grossed billions of dollars worldwide with many of them becoming some of the highest grossing movies of all time, and because of this, the actor has become one of the highest paid actors in Hollywood.

Playing roles such as Han Solo in the Star Wars franchise, Indiana Jones, and Deckard in Blade Runner, which has become a cult classic, have all become embedded in to pop culture and even a part of history.

American actor, pilot, and environmental activist Harrison Ford has an estimated net worth of $240 million dollars, as of 2023. As one of the highest-grossing actors of all time, Ford’s films have cleared over $5.1 billion in the US, and a total of $9.3 billion internationally.

The actor’s first exposure to a wide audience was in Star Wars creator George Lucas’ directorial debut, American Graffiti. The movie is one of the biggest success stories in terms of profit in Hollywood. With a budget of just $777,000, the movie raked in $140 million worldwide, garnering universal acclaim, tonnes of award nominations, and was loved by audiences. Adjusted for inflation, that $140 million would be about $820 million today.

When it came to casting Han Solo, George Lucas thought of non other than Harrison Ford after being impressed by him in American Graffiti. Though Ford would grow to hate the movie and resent ever being involved due to the enormous amounts of questions that have been hurled at him in the 40+ years. Since its release, his role as Han Solo in Star Wars turned the actor into an international superstar over night.

With one iconic character under his belt, another film-making heavyweight in the form of Steven Spielberg would cast him in what would spawn a billion dollar franchise, Raiders of the Lost Ark. Besides the blockbuster hits, Ford isn’t just a guy with a pretty face that you can dress up as a storm trooper or a treasure hunter and make money out of. Ford is a respected actor, has been nominated for several Golden Globes and an Academy Award for his leading role in Witness. Leaving Indiana Jones and the Star Wars franchise behind him in the 1980s, the 1990s were an even bigger success and more satisfying for Ford as an actor.

Ford was able to take on more serious roles and, at the same time, make millions of dollars per movie. A few of the actor’s 1990s standouts include The Fugitive, Patriot Games, and Air Force One, among others.

Surprisingly enough, in the past few years Ford has seen much higher salaries as of late than he ever did in the 70s, 80s, or even 90s. His biggest ever payday came when he dusted off the fedora to reprise one of his iconic roles, Indiana Jones, in the universally hated fourth installment of the franchise, Indiana Jones and the kingdom of the Crystal Skull. Regardless of how bad the movie was, it’s highly unlikely that Ford cares as all totaled up, the actor bagged an estimated $65 million for the film.

Ford returned to one of his most famous roles of all time in 2015’s Star Wars: The Force Awakens, and enjoyed one of the biggest salaries of his career, earning an estimated $15 million for reprising the iconic Han Solo.

Not only that but he negotiated his way in to earning 0.5% of the box office gross, and as the movie made over two billion dollars, that 0.5% would equate to $10 million dollars. The actor even earned an extra million for injuring himself on set.

Ford doesn’t hide the truth. When asked why he decided to return to the Blade Runner franchise by reprising his role of Rick Deckard in Blade Runner 2049, the actor responded by saying, “bags of money.” The movie is the most expensive R-rated film ever made and that’s largely due to Ford’s huge salary.

On top of negotiating his way in to hundreds of millions of dollars just to reluctantly appease fanboys, Ford has made significant paydays from standalone movies as well. Harrison Ford is in many real life based movies. Most notably, Ford made an estimated $20 million for The Devil’s Own, an estimated $20 million for Air Force One. He has said, “I think what a lot of action movies lose these days, especially the ones that deal with fantasy, is you stop caring at some point because you’ve lost human scale.”

His biggest ever pay check came in 2002 when he starred in K-19: The Widowmaker and earned a massive estimated $25 million salary plus 20% of the movie’s profits, which was unheard of at the time. However, the movie flopped massively, making $30 million below its budget, just $65.7 million, so it’s likely that Ford didn’t actually see any money on the back end.

Just like his the Fugitive compadre, Tommy Lee Jones, Ford is known for being a grouch. But that’s part of his brand and a big reason why he has found so much success in the industry. Even back in 1973 during the production of American Graffiti, despite not being a successful actor at that time and having absolutely no leverage, the stubborn actor refused to cut his hair for the role. Ford didn’t even want the role as he was currently enjoying a career in carpentry.

Harrison Ford is one of the most serious actors in Hollywood and one who is extremely dedicated to the craft. For an extremely minor role in Francis Ford Coppola’s 1954 movie The Conversation, which was barely more than a cameo, it was Ford’s choice to play the role of Martin Stett as a homosexual.

It was an extremely controversial move at the time in the early 1970s, but Ford didn’t care and he even took the liberty to purchase a $5,000 vibrant green suit to wear in the movie himself. Even the movies in his career that he holds contempt for, Ford always gave it his all and that’s why he has such a demanding screen presence and why a movie starring the actor will more often than not be a massive box office hit.

Above all else, Ford has made a great amount of wealth out of returning to old roles. Thanks to making them iconic in the first place, he is irreplaceable and for that reason he has been able to negotiate salaries that are quite frankly ridiculous… if it wasn’t for the fact that the producers bank even more ridiculous profits from his involvement. He seemingly goes by the formula of treating the industry mean and keeping it keen, and it wouldn’t work for anybody else but Ford.

Everything about Harrison Ford screams “hero.” Whether he’s topped with a fedora and wielding a whip or wrapped up in the finest Italian bespoke suit, the actor has been saving the day with a winning grin for over 3 decades, and has earned his rightful place among the old guard of Hollywood movie stars. Not bad for a shy kid from the Midwest who tried to quit acting when he was 28.

It isn’t just being in the right place at the right time why Harrison Ford has become as rich and famous as he is. Playing fast and loose with the industry, playing hard to get, and being an extraordinary actor who puts 100% effort in to everything he does is why Harrison Ford now sits on a fortune of an estimated $240 million. Though he’ll never return to Star Wars for obvious reasons, and it’s unlikely Blade Runner will see another sequel, Ford will don the fedora once more and reprise the role of Indiana Jones in a fifth installment due to be released in 2023. 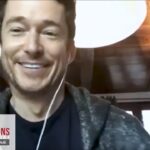 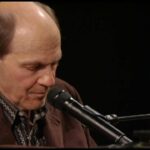