How much is Jon Jones worth?

Who Is Jon Jones

Jon “Bones” Jones was born in 1987 in Rochester, New York. Jones is the UFC’s reigning light heavyweight champion and has been since 2018 when he regained the title that was stripped from him. Growing up with his two brothers, one sister, his mother was a nurse, and his father was a pastor. Jones has always been a religious person even having his late sister’s favorite bible story tattooed on his chest. Whether through his astonishing rise to the top of the ranks in UFC or from his wild and somewhat controversial lifestyle, Jones has made a very recognizable name for himself.

How did Jon Jones get so rich?

With a $12 million dollar net worth, Jones is one of the richest MMA fighters in the world. Jones at the age of twenty was faced with a new challenge, his girlfriend was pregnant with his child. Being a young man without a lot of options to make the kind of money he felt like he needed, Jones set his eyes on an MMA career believing that this was his way to achieve prosperity in his life. With this in mind, he dropped out of college to pursue MMA full-time, joining the Bombsquad training facility.

Within weeks and without any formal striking or submission training he secured his first victory on April, 12th 2008 with a TKO over Brad Bernard. That same year Jones was picked up by the UFC to fight against André Gusmão on just two weeks notice. Jones won the fight via decision after an impressive performance locking himself in as a fighter to be watched.

Jones seemed unstoppable with his vicious stand up elbows, clinching and then using elbows in the ground and pound which hadn’t really been done before. This caused his populaity to soar in the UFC, pay-per-view numbers increased dramatically for his fights, earning far more money for the young fighter. Likewise his fight purses increased and by 2015, he was earning $500,000 every time he stepped in the right.

Jones has found himself in the public eye for many reasons. From setting records in the sport to facing legal problems, he has always been a polarizing figure. On March 19th, 2011 through a series of ground and pound elbows that led to a couple of brutal knees Jones set the world on fire becoming the youngest UFC champion in history, with a TKO victory over Mauricio “Shogun” Rua.

At that time there had been a lot of talk in the news and controversy coming off a decision loss for Jones. The one and only time Jon had lost a fight and it was actually be disqualification in his bout against Matt Hamill. Jon Jones had employed the devastating 12 to 6 elbows where the elbow comes down in a slicing motion. However these specific types of elbows are illegal in the UFC and in a surprising turn of events, referee Steve Mazzagatti decided to stop the fight, and award a victory to Matt Hamill.

The president of the UFC, Dana White, was horrified with the decision saying “It was a downward elbow, you take a point”. And also noting that, “Hamill couldn’t continue because his shoulder was messed up. It had nothing to do with the elbow.”

Hamill had suffered a dislocated shoulder during his clashes with Jon Jones and was course to lose the fight altogether. Unfortunately Steve Mazzagatti didn’t see it that way and it is a loss mark on Jon Jones record that will never be taken away. Jon Jones has never lost a fight so this loss on his record has caused controversy every time his stats are discussed.

Everyone wanted to see a Jones vs Quinton “Rampage” Jackson fight and they were about to make history. Rampage” Jackson is a fighter known for his explosive power. Yet after three rounds of domination Jones landed a rear-naked choke in the 4th round submitting Rampage for the win. Through many battles like this Jones defended his title time and time again throughout his career, setting another record in the process. Jones has the record for the most title defenses in the light heavyweight division with an amazing eight successful defenses.

While Jones has many accolades that people admire him for, he has fallen under question many times throughout his career as well. Notably, in 2015 Jones was involved in a crash where he was reported fleeing the scene before coming back to grab some money (or weed) out of his rental before fleeing again. The police found marijuana and a pipe inside the rental. Due to all the controversy circling his actions he was stripped of his title and put on indefinite leave. Fortunately he was allowed to return to the UFC six months later to fight for his title back.

Yet 2015 wasn’t the first time Jones was involved with the law or illegal substances. In May of 2012 he crashed his Bentley into a telephone pole before being arrested for DWI. As well as testing positive for cocaine at the end of 2014, Jon “Bones” Jones is famous for his party boy behavior. And while he has offered some explanation for his actions on the Joe Rogan podcast this only explains his actions, it doesn’t clear them. What does clear him is that since we are seeing a whole new fight in Jones. He’s ditched his old destructive behaviors and is focusing much better now in his training, and in the ring.

Whether you love him or hate him, one thing you can’t argue with, are his stats. Despite the “loss” against Hamill, his stats still make him one of – if not the best – fighter in UFC history.

What makes Bones Jones so successful?

Jones is successful for many reasons. While his drive and determination at fight camp is definitely one of them, there are many other MMA fighters who train equally as hard. In fact many could argue that Jones doesn’t train as hard as other fighters at similar levels, and has been known to party hard, so what is it that makes Jon Jones such a champion in the ring?

Well for a start many would say that Jon Jones could have accomplished more in his career if he were to focus on MMA, and nothing else. And in fact his shenanigans with the law and partying have held him back. Yet no one will ever say that Jones is not one of the most successful fighters in the world, having never lost a fight. One of the main reasons Jones is seen as the GOAT (Greatest of All Time) starts with his physical build and then, more importantly, his fighting style.

Jon Jones fights with a Muay Thai style which is one of the hardest, more fierce styles on the planet. It comes from Thailand yet most Thai fights are barley five feet tall. Jones stands over six feet tall and with his very long arms and legs uses the Muay Thai skills to their maximum effectiveness. His elbows ad knee strikes, which are core to the Muay Thai techniques, are unstoppable weapons when employed by Jones. What’s more with his height and often defensive style of fighting he can be a nightmare to attack. Often landing more kicks and punches on the defense, then coming in strong with knees, elbows and take downs. Finishing fight after fight with ground and pounds, yet using elbows instead of the regularly used punches in this position.

Jones also has a background in wrestling, in fact it was his first love even before discovering Muay Thai. His father who was also a wrestler taught all his boys how to wrestle from an early age, and Jones grew up wrestling with his brothers. This progressed to John becoming a wrestler in high school winning a championship in 2005, before going on to become a junior college champion at Iowa central community college. Jones uses wrestling to both defend against his opponents attacks and also take them down into a ground and pound position. He also employs the sprawl is he needs to which prevents his opponent from taking him down. Also if he can get hold of his opponents head, this can be an advantageous position and you’ll often see on Jones’ face, even right there during a bout, a look of concentration and thinking going on. He is literally playing a game of chess with his opponent and working out how he can use his current position to lock and tap out his opponent.

Jones’s success can also be attributed to his drive, which serves him both at fight camp, and in the ring. After having his first child Jones knew he had to fight to survive, to fend for his family and ensure they had the best upbringing and chance in life that he could offer. He fights for them and that gives him added motivation.

John is also competitive with his brothers Arthur and Chandler Jones who both made it into the NFL. He fights harder and pushes out of his competitive nature which is known to drive many to success.

Jones has had one of the most interesting careers in MMA history, the ups and downs alone were enough to make him famous, far before becoming the GOAT (Greatest of All Time) in the sport.

He has defeated so many legends with ease crushing people like Rashad Evans, Alexnder Gustafsson, Daniel Cormier, and the aforementioned “Shogun” Rua, that there seems to be no one left who can match his skills.

The MMA crowd love him for not just his fighting style, yet also his personality and attitude. Whenever he goes to weigh in against his competitor tensions run high and at times brawls have nearly taken place. But most of all, Jon Jones is a rich, famous and successful MMA fight because of his skills in the ring and the sheer amount of legend fighters he has beaten. 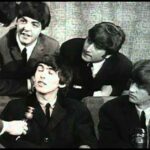 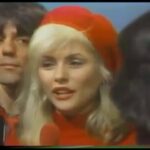