How much is Ed Sheeran worth?

Who Is Ed Sheeran

From humble beginnings growing up in small towns in England and busking on the streets, Ed Sheeran has gone on to become one of the most famous musicians on the planet, far surpassing his peers and going on to collaborate with superstars including Eminem, Future, Taylor Swift, and more. Thanks to his musicianship, he has won dozens of awards, including Brit and Grammy Awards, and sold hundreds of millions of records. In his later years, Sheeran has gone on to be somewhat of a successful actor too, taking on roles in famous TV shows, and because of this, the ginger haired Yorkshireman is recognisable across the globe to fans old and young.

How Did Ed Sheeran Get So Rich?

With several sold out tours and hundreds of millions of record sales under his belt, it isn’t hard to believe that the 29 old is on track to becoming a billionaire before he even turns 30. Though it isn’t clear how much he made from record sales exactly, one thing that we can be certain of is that it is in the region of tens of millions, but the majority of Sheeran’s wealth comes from his sold out tours. Sheeran spent over two years touring behind his album and broke records for ticket sales, selling close to five million tickets. The total income for this tour alone is estimated to be well over $400 million.

The third prong to Sheeran’s wealth are his streaming numbers. As streaming services mean that famous artists have a constant revenue due to their songs always being available, Sheeran is an artist who has benefited the most from it more than almost any other musician in the world. The singer has over 50 million monthly listeners on Spotify, and most of his songs on the streaming platform have over one billion plays. It is estimated that up to now, Sheeran has made an average of nine million dollars per song on Spotify.

Not only is Sheeran rich based on the number of zeros in his bank account, but he doesn’t have much to spend it on as he is often gifted things from companies he regularly gives shout-outs to. He is famously one of the few people to own a Nandos black card. The black card entitles him to unlimited free chicken for life at the restaurant, and it was gifted to him when Nandos sales rose after Sheeran claimed it was his favorite food.

Sheeran had a modest start to his career as he would self release EPs that were lo-fi home recordings, but it was when Example, an English rapper, hired Sheeran to open for him on tour that Sheeran saw success. Once the tour had finished, Sheeran grew his fan base the good old millennial way, by becoming famous on YouTube. After uploading several videos that showcased his voice and guitar skills, even Elton John and Jamie Foxx were exposed to Sheeran, and the two had nothing but praise for the young musician. Foxx even hired Sheeran to perform at his club in Los Angeles, followed by inviting him to stay in his private mansion. With rubbing shoulders with high profile and seasoned musicians like these, Sheeran was quickly pulled out of college to record music that are now known as classics today.

Now nine years after the release of his debut studio album, Ed Sheeran is known worldwide and is one of the best selling artists of all time. The singer has sold over 150 million albums with his record being the 34th best selling album in history in the UK, and x being even higher at number 20. Spotify named Sheeran the second most streamed artist of the decade, just behind Drake, and his tour behind became the biggest selling tour for a musician of all time, even selling out Madison Square Garden. Sheeran’s collaboration with Justin Bieber, “I Don’t Care”, got over 70 million views on YouTube in its first week.

Sheeran is also no stranger to acting, and he can be seen in some of the most popular TV shows on Earth, including Game of Thrones and The Simpsons. He often features in movies too, such as Bridget Jones’s Baby and Popstar: Never Stop Never Stopping. Most interestingly, Sheeran even featured in the final Star Wars movie of the Skywalker saga, Star Wars: Rise of Skywalker, as a storm trooper, though you would have never known as he never took off his helmet. Most recently and most prominently, Sheeran starred in the romantic comedy Yesterday, where a man wakes up in a world where The Beatles never existed and steals their songs. More often than not, these features are cameos where he plays himself, as he is used by the producers to gain more viewers, rather than Sheeran being there to promote his music.

What Makes Sheeran So Successful?

Sheeran’s music is simple and radio friendly, but surprisingly enough, it’s harder to make than people think, which is why he is the most in demand songwriter in the world. Because of Sheeran’s simpler melodies and vocal delivery, he has been requested to write for Taylor Swift on her hit song from the album Red, “Everything Has Changed”. He has written for a number of other artists too, including for one of One Direction’s most popular earlier songs, “Moments”, from their debut album.

The singer understands more than anyone that collaboration between artists are becoming more popular than ever, so in 2019 he released the record No.6 Collaborations Project, wherein each song was a collaboration with a superstar. The record is an extension of a 2011 EP by Sheeran where he collaborated with other musicians, but where the 2011 release featured solely grimes artists, No.6 Collaborations Project is a lot more varied. This time around he combines his folk music with rap, R&B, and pop, featuring the likes of Chance The Rapper, Cardi B, Justin Bieber, Bruno Mars, and more. By the end of 2019, the album had sold over one million physical units alone.

For such a young age, Ed Sheeran is worth hundreds of millions of dollars and it is estimated that he will be a billionaire by the time the year is over, which isn’t bad for a kid who was busking on the streets ten years ago. Considering it took a musician like Paul McCartney over 70 years to reach that figure, it’s an incredible and unprecedented feat for Sheeran. Though there is nothing official confirmed on Sheeran’s next project, the are rumors swirling that he is currently recording the follow up album to No.6 Collaborations Project. 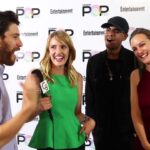 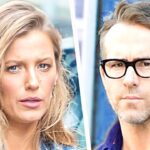