How much is Elton John worth?

There are pop stars, and then there are pop legends. Some musicians have their finger on the pulse of a year or even a decade before they fade away, and then there are some who have tapped into something deeper, more resonant and timeless. And with multiple number one records, 250 million total records sold, the biggest selling single of all time and a knighthood over his 41 year career, Sir Elton John might as well define the latter.

Who Is Elton John

Born Reginald Kenneth Dwight on March the 25th 1947, Elton John, as he is better known, is a world-renowned award-winning singer-songwriter, as well as a brilliant pianist and composer. The legendary and often eccentric music icon has sold over three hundred million records worldwide, in a career that has spanned more than fifty years and is still going strong to this day.

Born to parents Sheila Farebrother and Stanley Dwight, and bought up in Pinner, Middlesex in Greater London. Both parents had a love for music, with his father being the trumpet player in the Bob Millar Band. Known for his incredible live shows where elaborate costumes are the norm, Elton John is a British icon whose music is timeless and loved by generations.

How did Elton John get so rich?

Reported to be worth $403 million as of 2018, Elton John is now worth at least $500 million in 2020; and no doubt gaining pace with the new film, “Rocketman”. The release of the self-titled album “Elton John” in 1970 started the growth of the singer/songwriters bank balance. Reaching number five and number four in the UK and US charts respectively, the album was followed in the same year by “Tumbleweed Connection”, gaining similar success, reaching number two in the UK and number five in the US.

A year later saw the release of “Madman Across the Water”, an album which performed poorly in the UK only reaching number 41, faring better in the US, where it peaked at number eight. Following “Honky Chateau” in 1972 and “Don’t Shoot Me I’m Only the Piano Player” a year later, came the singers biggest ever selling album. “Goodbye Yellow Brick Road”, released on the October the 5th 1973 sold a massive thirty million copies worldwide.

Having taught himself to play the piano by the age of four, it’s no surprise that music was going to be at the forefront of this young man’s life. It came as no surprise either when his talent for music won him a scholarship to a youth programme at the London Royal Academy of Music. In 1962 at the age of 15, Elton John had formed his first band. The R&B band went by the name of Bluesology.

The group was started by himself, and a friend, singer and guitarist, Stewart “Stu” Brown, joining them in the four-piece band was bass player Rex Bishop and drummer Mick Inkpen. Like most bands, they began playing the local pubs and gained a regular spot at London Establishment club in 1963. The group became professional in 1965, signing a contract with an agency, and took on the role of backing band to American performers who were touring at the time, which included the Isley Brothers and Patti La Belle among others.

The bands big break came in the shape of Fontana Records, who signed them up after hearing a demo. The signing was followed by their first single, “Come Back Baby” in July 1965, written by Elton John. The song proved unsuccessful as did their next single, in November of the same year, “Mr Frantic”, once again written and sang by Elton.

A new version of the band formed in 1966, with only Elton and Brown from the original group evolved. “Since I Found You Baby” was recorded for Polydor Records in December 1966, Four songs were recorded at the famous Abbey Road Studios with Little Richard, two of which were released. After getting disenchanted with the band, Elton decided to quit in 1967 to focus more on his songwriting skills and teamed up with fellow songwriter, Bernie Taupin.

John and Taupin were songwriting machines, frequently taking less than an hour to compose a song and then selling it to other performers.

Elton and Bernie joined DJM Records as staff songwriters in 1968, writing songs over the next two years for various artists, including Lulu, who they wrote a UK entry for the Eurovision Song Contest, called “I Can’t Go on Living Without You.” Unfortunately, the song came sixth of six in the 1969 competition.

Elton recorded his first single for DJM in 1968 titled “I’ve Been Loving You.” This was followed by “Lady Samantha” and worked with Taupin to put out his own record, Empty Sky, in 1969. It was met with indifference, so they tried again the next year with Elton John, John’s first hit album, peaking at number four on the charts.

The follow-up album was the start of the continued success that Elton John has enjoyed in his illustrious career. Named after the singer himself, “Elton John” was released in April 1970. The first single to be released off the album was “Border Song” which reached 92 on the Billboard Hot 100. “Your Song”, the second single to be released fared a lot better, reaching the dizzy heights of number seven in the UK singles charts and number eight in the US, becoming Elton Johns first hit single. The touchpaper was lit for the success that was to follow.

The formula worked, and worked abundantly. The 1970s would see over a dozen Elton John records, with seven consecutive going straight to number one on the Billboard charts. Known for increasingly outlandish stage costumes and gospel-tinged rock, Elton John was a world-class star. But John was born poor, and he would wrestle with fame and fortune for decades. He suffered a drug overdose in 1975, and tried to quit touring in 1977. Though he would continue to make music steadily through the ‘70s and ‘80s, some of it quite celebrated, it wasn’t until 1990 that John went into treatment for 15 years drug and alcohol abuse.

Post-rehab, John refocused his life. He told Rolling Stone he was bisexual in 1976, but after a short marriage to a woman, came out as gay, and felt guilty that he had been too self-absorbed in the ‘80s to help with the AIDS crisis. Ever since, he has been an active philanthropist (for which he would receive a knighthood in 1998), and set up the Elton John AIDS Foundation, now in 55 countries. Through the ‘90s, John had unparalleled hits with the Lion King soundtrack (winning him an Academy Award), and ‘Candle in the Wind’—rewritten upon the death of his friend, Princess Diana—has become the biggest selling single of all time.

Despite his advancing age, John has managed to stay relevant in both his personal and musical life. He entered into a civil partnership with his longtime boyfriend David Furnish in 2005, and on Christmas day 2010, welcomed a baby boy, Zachary, via surrogate. Elton John has had a longer career than most pop stars have been alive. It’s hard to say if he’ll ever slow down, but with 2010’s The Union peaking at number three in the charts, it looks like it’s gonna be a long long time.

Could it be the unique blend of rock and pop that Elton used in his music? Or could it be the strained relationship with his father that spurred him on? His father always wanted his son to take a more settled job such as a banker and tried unsuccessfully to move his son away from music.

Elton may have had a strained relationship with his mother also, but has said that he was inspired by the rock and roll records she bought home. But let’s not forget one thing here. Elton John was a child prodigy. A gifted musician from such an early age. A cliche yes, but sometimes success is just written in the stars.

A child prodigy, a genius, a true legend of musical entertainment, and a millionaire many times over. Over three hundred million record sales and numerous awards, this boy from London is, without doubt, one of the most iconic musicians of our time.

As the song goes, “Rocket Man, I Think It’s Going Be a Long Long Time”, with a career spanning over fifty years it certainly has been, and we’ve enjoyed every moment. In the words of ABBA, “Thank You For The Music.” 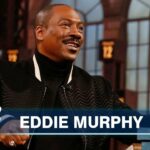 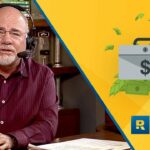