How much is Jamie Foxx worth?

“Having a stage name is like having a Superman complex. I go into the telephone booth as Eric Bishop and come out as Jamie Foxx.”

Who Is Jamie Foxx

Jamie Foxx has a career so huge he’s gone beyond being a triple threat: he’s a successful stand-up, TV star, Academy Award-winning actor and platinum-selling R&B; singer. Between his breakout popularity on In Living Color, his movie star turn in 2004’s Ray, starring on his own sitcom and selling millions of albums, Foxx has conquered the entertainment industry in a way very few stars ever have.

American actor, singer-songwriter, comedian, television presenter, and record producer Jamie Foxx has a net worth of $150 million dollars, as of 2021. Despite starting out as a stand-up comic, he has become one of the most successful actors of all time.

Jamie Foxx was born Eric Marlon Bishop in Terrell, Texas. His parents quickly decided that they were too young to raise a baby and turned him over to his grandparents when he was only seven months old. He started playing the piano when he was five at the insistence of his strict grandmother and continued to study music throughout his childhood. Foxx juggled football and leading the church choir in high school, but music won out when Foxx accepted a scholarship to the United States International University in San Diego.

Foxx quickly changed paths after two years of college, when he dropped out to pursue stand-up comedy after some successful open mic nights. He changed his name when he realized that female comics were often called up to the stage first, settling on Jamie as a misleadingly unisex moniker.

He landed gigs at prominent clubs in New York and Los Angeles and even won the Oakland Comedy Competition in 1991. That same year, Foxx made it to the small screen when he joined future stars like Jennifer Lopez and Jim Carrey on In Living Color. Foxx appeared in a number of popular sketches on the show and became known for his portrayal of Wanda Wayne, the ugliest woman in the world.

He made his film debut in 1992 in the critically panned Robin Williams comedy Toys, and followed up with his own HBO special. In Living Color ended in 1994, but Foxx managed to book a leading role opposite Uma Thurman in 1996’s The Truth About Cats & Dogs. That same year, his comedy gigs and success on In Living Color led to his very own star vehicle, The Jamie Foxx Show. The show was a moderate success and during its five seasons Foxx made several notable big screen appearances.

Foxx Of All Trades

In 1999, Foxx, proved that he could play it straight when he starred opposite Al Pacino in Oliver Stone’s football drama Any Given Sunday. He followed up with an impressive turn as Muhammad Ali‘s ring man in the 2001 biopic Ali, but decided to return to his comedy roots when HBO offered to give him another comedy special. In 2004, Foxx earned rave reviews when he starred in the FX telepic Redemption: The Stan ‘Tookie’ Williams Story, which earned Foxx his first Golden Globe nomination.

He continued to wow audiences and critics worldwide when he starred opposite Tom Cruise in Collateral, and followed up with Ray, where Foxx was given the opportunity to portray the legendary Ray Charles. The first film earned Foxx Golden Globe and Oscar nominations for Best Supporting Actor, and the latter won Foxx the SAG, Golden Globe, and Oscar for Best Actor.

After appearing in Jarhead opposite Jake Gyllenhaal, Foxx decided to return to his first love when he released an R&B album, Unpredictable, and collaborated with Kanye West on his hit song ‘Gold Digger.’ The album failed to wow the critics, but sold well and earned a Grammy nomination. Despite his musical success, the ever-changing Foxx decided to return to the big screen and appeared in Miami Vice, Dreamgirls, The Kingdom and The Soloist in addition to releasing two more albums, before the decade was through.

How did Jamie Foxx earn his net worth?

Foxx has taken on various roles throughout his career including a comedian, songwriter, record producer, and singer, yet it is in acting that he really met with success. While movies like Collateral starring Tom Cruise in 2004, Miami Vice in 2006, and The Kingdom in 2007 helped build his name as an actor capable of playing diverse roles, it was his part in Ray that made him a big movie star. Foxx played blues musician Ray Charles and won him an Academy Award for Best Performance by an Actor in a Leading Role. This, however, does not mean that he didn’t do well as a singer, for he is also a Grammy Award singer. His song Blame It from the album Intuition won him the Best R&B Performance by a Duo or Group with Vocals at the 52nd Annual Grammy Awards (2009).

Jamie’s earnings per year have been pegged at more than $15,000. Add this on to the money he makes from his albums and television performances, it is easy to gather where his wealth came from. Foxx’s 40 acres home in Hidden Valley, California, is valued at over $10 million, and this isn’t the only piece of real estate he has owned.

Going back in time, it was Jamie’s girlfriend at the time that convinced him to get started through stand-up comedy in the 1990s. Jamie chose the name Foxx because it was unisex and was prompted by him wanting to perform first on stage because normally women comedians would go on stage first. The Foxx name was also in honor of Redd Foxx, a black comedian that Jamie respected.

Once Jamie got noticed he began to appear regularly on television in the comedy sketch show, In Living Color. At the time, Jamie had a recurring role in the sitcom, Roe. He eventually landed his own show – the eponymous The Jamie Foxx Show, which ran from 1996 to 2001. His acting career was kick-started in 1997 in a movie called Booty Call, which was a low-budget forgettable affair.

Foxx is known for being able to take on more serious roles and not just comedy parts. He showed this in 1991 when he acted in director Oliver Stones’s Any Given Sunday, giving a stellar performance. In 2005, Jamie made history by becoming the first African American actor in the same year to have two Academy Awards. He won Best Supporting Actor for the movie Collateral as well as the Best Actor in Ray. Foxx received the Best Actor award, becoming the third African male ever. to be bestowed with the award.

Perhaps Jamie Foxx’s most iconic role was Django in the Quentin Tarantino movie Django Unchained (2012). The movie went on to receive critical acclaim and grossed $425 million at the global box office.

In 2015, Foxx released his fifth studio album and took up the role of hosting the show Beat Shazam in 2017, and it has aired two seasons so far.

Jamie’s success can perhaps be summed up by the one-line question and single word answer he asks his children: “What’s on the other side of fear? Nothing“. He likened his advice to when he wanted to try open-mic stand-up. He said the fear of a room full of people thinking he wasn’t funny was nothing to be frightened of. Jamie’s success isn’t only centered on acting. Apart from hosting and executive producing for the new Fox show Beat Shazam, Jamie Foxx had a breakthrough in music too. Kanye West featured Foxx in Gold Digger. On the Pop 100, Gold Digger broke the record by jumping from number 94 to number two, giving West the record for the biggest ever jump on that chart.

If not challenged, Jamie tends to be bored easily, this has led him to become a classic over-achiever. Normally though, he’s known to be pretty chill and easy to get along with. People describe him as down to earth and is known often to try to get a laugh from his friends and enjoy the situation. Jamie also revealed while guesting on an episode of Graham Norton that he helped Ed Sheeran by letting him crash on his couch in 2017 and letting Sheeran sing at an open mic event Foxx was hosting.

Foxx has fathered two daughters to date, but neither of their mothers are active in Foxx’s life and he remains tight-lipped as to their identities. He does, however, remain active in both of his daughters’ lives, and has been frequently publicly photographed with his teenager Corrinne Bishop. Foxx’s second baby was meant to be kept a secret, but her existence was revealed in 2009 by his former co-star Garcelle Beauvais-Nilon on The Wendy Williams Show. Foxx has publicly dated the likes of actress Leila Arcieri and British jazz singer Alexia Collen, but as of now the actor remains single, and seems to have plenty of female acquaintances to keep him busy.

Despite his baby mama issues, it’s Foxx’s feud with Miley Cyrus that landed him in serious hot water. Foxx slammed Cyrus in 2009, saying the actress needed to “make a sex tape and grow up,” among other things. Foxx later apologized for his remarks, but he is definitely off of Cyrus’ Christmas card mailing list. He also got placed on two years’ probation after a 2003 casino fight, in which Foxx and his sister battled with security guards outside of the Harrah’s New Orleans casino.

From music to movies and back, Jamie is a multifaceted talent who proves it in films like Ray and songs like ‘Gold Digger.’

The multi-talented Jamie Foxx has proven himself to be a jack of all trades, conquering the worlds of comedy, drama and even hip-hop throughout his life. He transformed a stint on the raunchy sketch comedy show In Living Color into a multi-faceted career complete with an Oscar, Golden Globe and a Grammy adorning his mantle.

Foxx made money through his music, acting, comedy, and other pursuits. Being in the entertainment industry since the late 1980s and early 1990s, he’s had lots of time to build and accumulate his wealth. Even when he was just getting started as a comedian he brought the same dedication to his performance while working part-time as a janitor.

Apart from being involved in a brawl in 2003 and being sentenced to two years probation and fined $1,500, Foxx has kept a pretty clean record. He has involved himself in numerous pursuits beyond his acting career yet it’s movies Ray and Django Unchained that made him a big star. 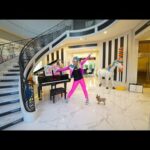 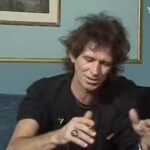