How much is DJ Paul worth?

DJ Paul is the stage name of Paul Duane Beauregard. He’s an American DJ, entrepreneur, rapper, record producer, and songwriter that’s best known for being one of the founding members of the hip hop group Three 6 Mafia. He first started his music career as a DJ in the late 1980s and then began producing music for the hip hop group. Apart from Three 6 Mafia, Paul has also released nine solo studio albums, with an upcoming tenth expected to be released sometime in 2020.

American DJ, record producer, rapper, songwriter and entrepreneur DJ Paul has an estimated net worth of $4 million dollars, as of 2022. Paul is a founding member of hip hop group Three 6 Mafia and the brother of the late rapper Lord Infamous.

Apart from his successful career as a disc jockey, the rapper and record producer earned a lot from his chart-topping music projects. In 1991, while working with his brother, the two met other rising stars in the hip hop world – Koopsta Knicca, Crunchy Black, Juicy J, and Gangsta Boo with whom they founded the well-known group Three 6 Mafia.

During the past three decades that he has spent with the group, besides obtaining millions of fans, DJ Paul became a millionaire.

DJ Paul attained mainstream recognition when he collaborated with other rising hip hop artists and founded their group Three 6 Mafia. He was born on January 12, 1977, in Whitehaven, South Memphis. He attended the Whitehaven High School from which he earned his graduation in 1995. He began chasing a rapping career in the late 1980s during his teenage years. In 1988, he began working as a disc jockey for the Memphis club 380 Beale.

One year later, alongside his brother Lord Infamous, he formed the duo The Serial Killaz and the two released their first tape together named Portrait Of A Serial Killa. Throughout the early and mid-1990s, they released additional two parts of the tape called Come with Me 2 Hell. Thanks to their determination and the sales they made at the local neighborhood, schools, and stores, their mixtapes received a lot of attention.

His association with the group ended in 2012, however, he appeared in all of the group’s studio albums – Mystic Stylez, Chapter 1: The End, Chapter 2: World Domination, and Choices to name a few. He also appeared in the feature film Choices: The Movie and Choices II: The Setup, from which he earned an additional income.

Paul, as part of the Three 6 Mafia group, has made many appearances on media and television. His most notable appearances are on Jackass, Rap City, Flavor of Love, Entourage, Punk’d, Wild ’n Out and Mind of Mencia to name a few.

Apart from his successful career as a disc jockey, the rapper and record producer earned a lot from his chart-topping music projects. In 1991, while working with his brother, the two met other rising stars in the hip hop world – Koopsta Knicca, Crunchy Black, Juicy J, and Gangsta Boo with whom they founded the well-known group Three 6 Mafia. During the past three decades that he has spent with the group, besides obtaining millions of fans, DJ Paul became a millionaire.

At the same time with his association and contribution with Three 6 Mafia, the disc jockey and rapper created his own music and embarked on a solo music career. His debut solo album was released in May 2002 – Underground Volume 16: For Da Summa. The album was met with a lot of positive reviews and even appeared in several music charts. He continued to release solo music projects since then and has created nine other albums, with his latest released in 2021.

Over the decades DJ Paul has been true to the game, rapping, songwriting, producing. As of 2022, DJ Paul has earned a net worth estimated to be $4 million.

Being an entrepreneur and hip hop artist has helped DJ Paul become so successful.

Apart from Three 6 Mafia and his brother, DJ Paul has collaborated with many other artists and that’s another reason why he’s so successful. Over the past few years, he has created smash hits with the likes of Busta Rhymes, Gucci Mane, Drummer Boy, and Project Pat to name a few. Outside of music, he’s also an entrepreneur that has embarked on a number of business ventures.

In 2007, he collaborated with Juicy J and launched their own merchandise and fashion wear lines – Dangerus / Skandulus. Paul also founded his own record label in 2009 called Scale-A-Ton Entertainment and most recently, became the owner of a real estate company.

DJ Paul is an established entrepreneur, rapper, and record producer whose name rose to stardom after becoming a founding member of Three 6 Mafia.

Since the 1990s, he has created multiple studio albums and mixtapes, as well as global hits that topped international charts. As of 2022, DJ Paul’s net worth is estimated to be $4 million dollars. The entrepreneur, rapper and producer remains an influential figure in the world of hip hop today. 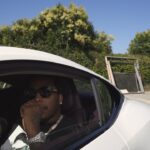 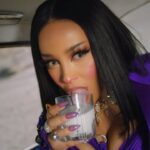