How much is Doja Cat worth?

Doja Cat is the stage name of Amala Ratna Zandile Dlamini. She’s an American singer, songwriter, rapper, and record producer that began releasing music on SoundCloud as a teenager. At the age of 17, her song “So High” caught the attention of the labels Kemosabe and RCA Records that signed her to multi-year contracts. Despite the commercial failure of her debut studio album “Amala”, Doja was able to gain momentum and earn viral success as an internet meme following the release of her single “Mooo!”.

American singer, rapper, songwriter, and record producer Doja Cat has a net worth of $5 million dollars, as of 2021. Cat was born and raised in Los Angeles, she began making and releasing music on SoundCloud as a teenager.

How Did Doja Cat Get So Rich?

What made this iconic singer and songwriter so wealthy are her abilities to record and produce hip hop, pop, and R&B music. Shortly after she dropped out of school, Doja began using GarageBand and other tools to help her create her first music projects. Eventually, she bene uploading her own songs on SoundCloud, and in late 2012, following the release of her sleeper hit “So High”, she impressed the officials of Kemosabe Records and RCA Records that offered her a multi-year contract worth $150.000.

After a four years long commercial hiatus from music, in early 2018, Doja released her single “Go to Town”. Throughout the rest of the year, she released her sleeper hit “Candy” which later influenced a “dance challenge” and went viral on TikTok, as well as her breakthrough novelty song “Mooo!“. From the song and its music video that had a viral success due to popular demand, Cat was able to earn more than $15.000.

In March that year, she also released her debut studio album called “Amala”, however, it was considered a commercial failure and largely ignored by critics. The rapper was able to rebound quickly when she released another chart-topping hit – “Juicy”. From her many music projects, the singer was able to accumulate nearly $1 million by the end of 2018.

Doja Cat is famous for creating songs accompanied by music videos that instantly achieve international popularity on many social media applications. Amala was born on October 21, 1995, in Los Angeles, California to Dumisani Dlamini and Deborah Sawyer. She’s the only child of an artistic family, with her mother being a Jewish-American painter, while her father is a South African actor. According to Doja (and as stated in many interviews), she never met her father growing up.

Amala was born in Los Angeles, but her mother decided to move to New York when she was a child. There, they lived for five years and eventually moved back to California in Oak Park. Upon her return to California, her mother enrolled her in ballet, jazz, and tap lessons. After frequently skipping school and losing interest in education, at the age of 16, she eventually dropped out of high school while she was in her junior year. In the early 2010s, she developed the stage name Doja Cat, which is a mixture of her favorite starring of marijuana and one of her cats.

The success of the “Juicy” singer comes from her many hits, especially the ones included in her sophomore album “Hot Pink”. In 2019, Doja’s career took a turn and she became a sensation. Her second studio album titled “Hot Pink” was released in November that year and was preceded by a bunch of international hits such as “Bottom Bitch”, “Rules”, and “Cyber Sex”. At first, the album was met only with favorable reviews but then made its way into the Billboard 200, positioning at number 9.

Beginning in 2020, with the release of the singles “Say So” and “Like That” with remixed versions including best-selling rappers Nicki Minaj and Gucci Mane, Doja Cat’s name finally rose to stardom. That year, her highly acclaimed sophomore album and its viral singles received many awards and nominations such as American, MTV VMA, NRJ Music, and People’s Choice Awards. Most recently, she received three nominations for Grammy Awards in the categories “Best New Artist” as herself, plus “Record of the Year”, and “Best Solo Performance” for her song “Say So”.

Doja Cat is one of the most astonishing new artists, as well as one of the quickest rising stars in the music industry. She began her career as a teenager and quickly signed with the labels Kemosabe and RCA. In less than a decade, she has earned more than $5 million from her music projects. 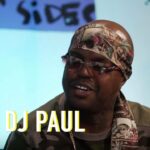 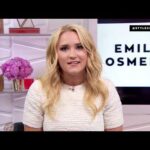