How much was Dick Clark worth?

Who Is Dick Clark

Dick Clark will be remembered for his work on radio, including hosting regular countdown programs and the nostalgic Rock, Roll and Remember. On TV, his youthful face and outlook was known for generations as he hosted American Bandstand.

But others may remember him most as a game show host, especially on the long-running Pyramid franchise. He also appeared in on prime time TV as co-host of TV’s Bloopers and Practical Jokes alongside Ed McMahon.

For generations of Americans, New Year’s celebrations wouldn’t have been complete without tuning into ABC for Dick Clark’s New Year’s Rockin’ Eve with Clark counting down the moments until the new year, live from Times Square in New York City.

Dick Clark made an imprint across various parts of the media industry. Today, his protege Ryan Seacrest hopes to have the same impact, but it will be tough to repeat either the on-air or the behind-the-scenes influence Clark had during his heyday.

American radio and television personality, television producer and film actor, Dick Clark had a net worth of $200 million dollars at the time of his death, in 2012. He was a cultural icon who hosted American Bandstand, from 1956 to 1989.

Dick Clark’s significance was partly due to his ability to be seen everywhere. For a time, he was on ABC with American Bandstand and his New Year’s Eve show, on CBS with The $25,000 Pyramid and on NBC with his bloopers specials and series. It is nearly impossible to have so many deals with so many networks, and to have the time to appear on the air of each of the shows.

American Bandstand was more than just a classic music show, it helped set the stage for pop culture across the country. Teenagers everywhere mimicked the dance moves, clothes and hairstyles they’d see on TV. That show ran from 1957-1987, introducing millions of people to the music artists that would become superstars.

Long forgotten by most everyone except music historians, Clark also had a role in the payola investigation of 1959. Clark cooperated with the federal government as it looked into who was profiting by the music played on the radio. His career suffered no damage.

Clark will also be remembered for his business ventures, from media to restaurants. He was able to create and produce TV programs without necessarily appearing in them.

Clark’s media career lasted more than 60 years. While many icons have long careers, he was able to stay current and relevant, despite the changing times. That is especially hard for anyone associated with youth culture. It didn’t hurt that Clark looked much younger than his actual years, but he was able to avoid being labeled as a relic from the 1950s or any other decade.

Dick Clark was born in Mount Vernon, New York, in 1929. He graduated from Syracuse University.

Clark’s health struggles became known in 2004 when he suffered a stroke that December, which prevented him from appearing in his regular live TV role on his New Year’s Eve special. When he returned the following year, he was unable to speak in his usual, crisp voice. While some viewers were uncomfortable at seeing Clark slur his way through the program, others applauded the courage it took to return to TV despite his medical issues.

Dick Clark began his on-air radio career as a teenager, working at a family-owned station in Rome, New York. He worked at other radio and TV stations in New York state.

Clark moved to the Philadelphia area in 1952 to work for WFIL radio, which led him into hosting a music program on WFIL-TV. That show was eventually picked up by ABC to run across the country.

Originally, the program aired Monday through Friday and even had a brief run in prime time. When it settled into its long-running Saturday slot, it was already seen as a show that music stars and stars-in-the-making would want to appear on, in order to reach millions of viewers. 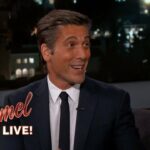 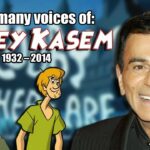